How the nanny state is ruining America 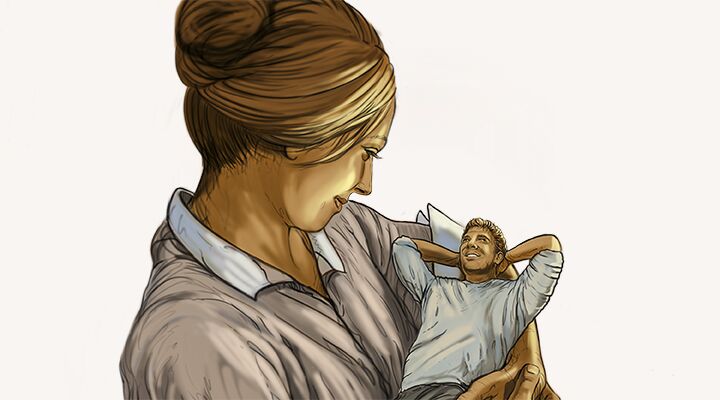 How the nanny state is ruining America

When you meet somebody new, inevitably the question arises: “So, what do you do?”

For many people, what they do characterizes who they are—at least a big part of it. After all, a person’s career is what they spend around eight hours doing—maybe even 10, 12 or more—every day. It is far more than just how they earn a living. It defines them. You are what you do.

What if you asked your national government that same question? What does it do? What does it spend the majority of its time, effort and resources on? It is an important question because the answer defines what kind of nation it is.

When it comes to America today, the answer to that question might surprise you.

The Number One Budget Item

In fiscal year 2013, the United States’ federal government spent $3.8 trillion after adjusting for all its “off budget” outlays. It works out to a little more than $31,000 per American household.

Of that amount, $2.56 trillion was spent on one thing: human resources. That is the government’s innocuous term for the portion of the budget also known as “mandatory spending,” or social programs.

It is called mandatory spending because it is the one budget category that by law the government can’t set a limit on. How much spent is entirely determined by how many people claim the various human resource benefits.

Americans know these benefits as Medicare, Medicaid and Social Security. And yes, they are benefits. People pay into them, but they get out far more than they put in.

But the list of benefits certain Americans are entitled to includes a cornucopia of other human resource programs that provide cash or near-cash assistance. They include housing, nutrition and utility assistance to individuals, and benefits to various retirees, people with disabilities, and the unemployed. They also include unemployment insurance, Trade Adjustment Assistance income support, food stamps, Temporary Assistance for Needy Families, and foster care.

And people are claiming these benefits like never before. According to the most recent census data, more than 153 million people—almost half of Americans—receive some form of government benefit.

This is a shocking statistic considering that America has historically stood for freedom, liberty and limited government.

With so many Americans taking benefits, two thirds of every dollar the government spends goes to these mandatory social programs. That is an incredible proportion. And a telling one.

The scale of these mandatory social programs is better highlighted by putting them in context of how much money the government actually brings in (as opposed to spends). In fiscal year 2013, the federal government borrowed almost $580 billion to cover expenses. So it really only collected around $3.22 trillion.

That means that these social programs actually consume almost 80 percent of all non-borrowed money. Four dollars out of five that Americans pay in taxes goes to pay for these programs. That leaves only 20 percent to cover every other function of government.

Here are some enlightening statistics.

In 2012, the Heritage Foundation estimated how much assistance the average welfare recipient received. It found that on average, Americans who depend on federal assistance got the equivalent of $32,748 in annual benefits. That was more than the average American worker makes in a year. The median net wage in America in 2013 was $28,031.

That some people can make more money on welfare than they can working a minimum wage job shows how different America is today from when President Roosevelt enacted his New Deal.

The Rise of Social Spending

So what does the government do? What defines America?

The rise of the social state can be compared to the relentlessness of compound interest. What seems like a small increase can, over time, become a massive liability. Each year, the Office of Management and Budget (omb) produces tables outlining government spending. Its 360-plus-page annual report provides meticulous data chronicling the power of social welfare compounding.

During 2015, the government expects to spend 70 percent of its budget on social programs.

How long can the trend continue?

Social spending’s share of the total economy is soaring too. During the 1940s it averaged 2.8 percent of gdp. This year the omb estimates it will take up an astounding 15.8 percent.

What kind of nation is America? Seventy percent of the federal budget is social spending; four out of five tax dollars go to social programs. You are what you do.

How much social spending is enough? If you think we’re hitting peak demand, think again. Vote-hungry politicians are phenomenally creative at inventing new ways to demonstrate their generosity with other people’s money.

On January 9, President Obama proposed free two-year community college for every American. “Community college should be free for those willing to work for it,” he told a cheering crowd of students at Pellissippi State Community College. The White House estimates 9 million students could participate in the program, saving them an average of $3,800 in tuition per year. The federal government would pick up 75 percent of the $60 billion cost, with states covering the rest.

Add $35 billion or so to the human resource tab.

In his 2013 State of the Union address, the president proposed free preschool for all 4-year-olds. He also advocated government grants to create a new “early head start” and child-care system for newborns through to toddlers age 3.

Now there is a renewed push for a guaranteed basic income scheme. Under this program, every American would be entitled to a base income provided by the government. Each person 21 years of age or older would receive a government stipend equal to the poverty line—approximately $12,000 per year. Some political conservatives embrace it as a way to simplify and replace various inefficient and duplicative federal social programs.

Conservatives love to criticize the rise of the social welfare state. But what about corporate welfare, which they tend to support? It too is thriving.

The Good Jobs First report, “Subsidizing the Corporate One Percent,” released February 2014 found that subsidies given to corporations in the preceding year equaled $110 billion. The liberal advocacy group said most of the welfare came in the form of tax breaks and tax loopholes for large manufacturers like Ford, General Motors, Fiat (Chrysler), Boeing and Alcoa. But there were government grants too, especially to favored sectors like green energy.

$110 billion per year may not seem like much in a world of $2.56 trillion-per-year social spending, and cutting it off wouldn’t come close to closing the debt gap—but it is still $110 billion!

America was once famed for its industry and independence. The nation was admired worldwide for being a nation of producers and doers.

That ideal has been discarded. Socialist-influenced thinking, entitlements and the rise of the welfare state have fundamentally transformed America.

America was once admired around the world for being a nation of producers and doers.
Today, the federal government—which sets the tone for its people and largely defines the country—would probably be unrecognizable by its citizens just one or two generations removed. Looking from the outside, they would see a nation increasingly composed of takers and dependents.

“Until 1960 the accepted task of the federal government, in keeping with its constitutional charge, was governing,” wrote social scientist Nicholas Eberstadt. “In a very real sense, entitlements have turned American governance upside-down” (Aug. 31, 2012).

Should we be surprised at what America has become? In its day-to-day operations, America’s government devotes more attention and resources to the redistribution of money, goods and services to individual citizens than to anything else.

You are what you do. As Jesus Christ said in Matthew 7:20, “By their fruits you shall know them.”