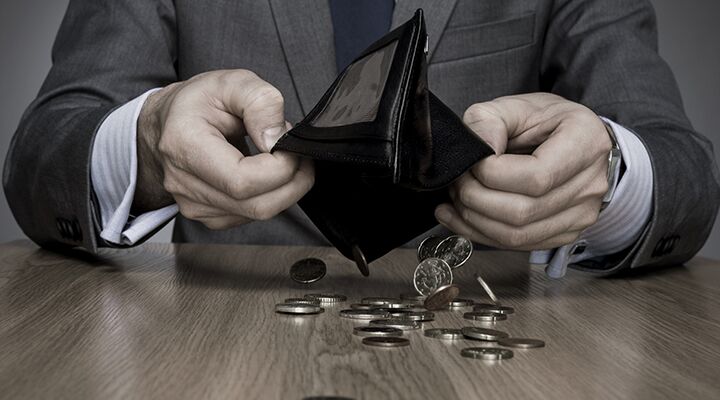 Most Americans are only one paycheck away from the street, according to a new survey by personal finance website Bankrate.com.

The survey of 1,000 adults found that approximately 62 percent of Americans have no emergency savings for things such as a $1,000 emergency room visit or a $500 car repair.

A U.S. Federal Reserve survey conducted on more than 4,000 adults in 2014 had remarkably similar discoveries. “Savings are depleted for many households after the recession,” it found, with 57 percent having used up some or all of their savings during and after the recession. Only 39 percent said they had enough money in a “rainy day” fund to cover three months of expenses. Furthermore, more than half of the respondents said they could not finance a hypothetical emergency expense costing $400 unless they sold something or borrowed the money.

Andrew Meadows, the producer of Broken Eggs, a documentary about retirement, found that one of the biggest reasons people aren’t saving is because they’re in debt from the 2007 recession. “People are still feeling the heat from the Great Recession,” he said.

Pew Research Center released a report in December 2014 that calculated the net worth of American families—that is, their total assets minus their liabilities—since the recession began. In 2007 it was $135,700, but in 2013 it plummeted to $81,400—a 40 percent decrease in wealth!

Most Americans still keep a household budget though. The Bankrate survey showed that in 2012, 60 percent of Americans had a budget. Now that figure has jumped to 82 percent. Claes Bell, a banking analyst at Bankrate, said this is good, but he also pointed out that “too few have the ability to cover expenses outside their budget without going into debt or turning to family and friends for help.” This means a critical element of their budget is missing—an emergency fund.

However, there is an even more important element in successful budgeting that almost everybody misses. To find out what that is, read Solve Your Money Troubles!