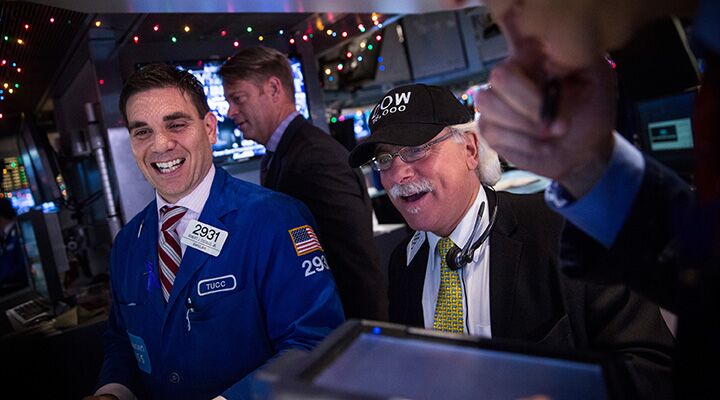 GDP grew 5 percent in the third quarter—or did it?

The Dow Jones soared to a new record, crossing 18,000 for the first time.
The United States’ gross domestic product soared 5 percent in the third quarter, the Commerce Department said on Dec. 23, 2014. It was the fastest pace of growth in over 11 years.

Judging by the headline numbers, the economy appears to have improved in 2014.

But all is not as it appears.

Consider gdp. In November, the Commerce Department reported third-quarter gdp growth was only 3.9 percent. So why did it revise it up to 5 percent?

How is that a good thing? Is forcing people to pay more money on health care and hospital visits really a good reason for investors to pile into stocks?

According to Schortgen, if you didn’t count payments made by consumers toward mandatory government health care (Obamacare), gdp may have been in negative growth for last quarter!

The decline in factory orders confirms that the economy is in much worse shape than the headline gdp numbers suggest.

Manufacturing orders shrunk for the fourth month in a row in November. Here are some highlights from the Census Bureau, as summarized by SitkaPacific Capital Management’s Mike Shedlock.

The Census Bureau also reported that unsold inventories were up 24 of the last 25 months—the highest level since the series was first published.

Obviously the gdp headlines reported by most media outlets were more than a little deceiving.

Actually, gdp isn’t really a score that can be relied on to determine if the economy is winning or losing.

Seventy percent of America’s gdp is consumer spending.
America’s gross domestic product, and what it measures, has changed a lot over the years. Production and industry are no longer the primary components of growth in America. Today, they make up a proportionately small share of the gdp measurement.

What gdp measures most is consumer spending, which accounts for 70 percent of America’s gdp.

And what drives consumer spending most?

In reality, America’s gdp score has become a “how-much-more-did-America-borrow score.”

While debt can bring the illusion of prosperity in the short term, eventually those debts need to be repaid, or they will be defaulted on.

Margin debt, money borrowed to buy stocks, ended 2014 at its highest level relative to the size of the economy since 1929, according to New York Stock Exchange debt figures.

Anybody know what else happened in 1929?

“If this doesn’t count, then we might as well throw away everything we’ve ever learned about risk because there is none,” said analyst Alan Newman, cnbc reported January 5. “The manias of 2000 and 2007 now both look like small potatoes by comparison. This is total insanity” (emphasis added).

America’s economy is far shakier than most people realize. Use this opportunity to get out of debt and prepare for the next economic crash. Another one is coming.