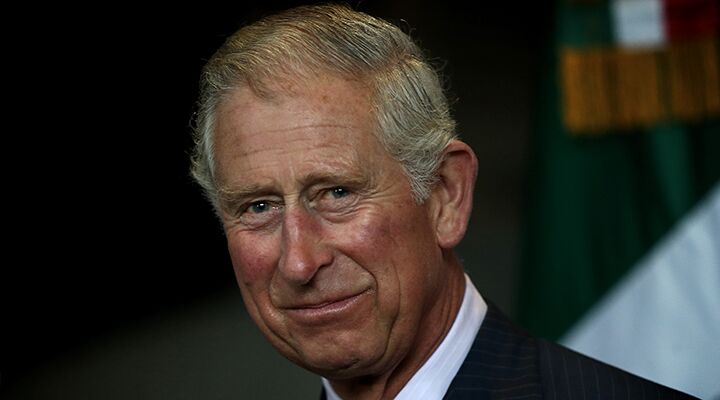 In late November, Lord Harries of Pentregarth proposed the Koran be used to open the coronation of Prince Charles during a House of Lords debate. It ignited an angry outburst.

The senior Church of England bishop said the Church of England should lead in “exercising its historic position in a hospitable way.” After acknowledging that authorities agreed at a civic service in Bristol Cathedral last year to read the Koran before the service, he said, “It was a brilliant creative act of accommodation that made the Muslim high sheriff feel … warmly embraced but did not alienate the core congregation.”

[Agreeing to read the Koran] was a brilliant creative act of accommodation that made the Muslim high sheriff feel … warmly embraced but did not alienate the core congregation.
Lord Harries of Pentregarth
He followed up by saying “that principle of hospitality can and should be reflected in many public ceremonies, including the next coronation service.”

Gatestone Institution’s Senior Fellow Douglas Murray says reading the Koran at the coronation ceremony is fraught with potentialities. What scriptures should be read, he asks: “I assume we shall not hear ‘slay the infidel wherever you find them,’ and not the passages that read, ‘Cast terror into the heart of the unbeliever … Smite at their neck.’ I suspect these passages will not make the cut, so to speak; the families of the decapitated soldier Lee Rigby, not to mention the aid workers from Britain recently beheaded in Syria, might take exception were this to happen, even if no one else did.” Murray continues:

[O]f course, including passages from the Koran in the next coronation of a monarch is a mistake because of the old problem of reciprocity. I will not dwell on the obscenity of having readings from the Koran in one of the holiest shrines of Anglican Christianity at the same time as no Christian (let alone Jew) can even set foot in Mecca. That point somehow seems just so 2000s. But it is worth asking why British Muslims should have their scripture represented in the coronation of the new monarch, when many, in their mosques, will not even pray for the well-being of that monarch. In synagogues in the UK, British Jews every week have a prayer in their services for the long life and happiness of the Queen. It is a moving and heartfelt moment, not to mention a clear signal given to any doubters that Jews in Britain are utterly loyal to the state.So why should British mosques not have some similar prayer? Whenever I have mooted this to Muslim friends in Britain, they have always dismissed the idea as if it were an example of a willful provocation on my part even to raise the issue. The underlying theme is that everyone knows this would be impossible.But why not? If Muslims in Britain want to show that they are loyal to Britain, why not take a leaf out of the Jews’ book and have a prayer in every Friday service up and down the land for the Queen as head of state, head of the Church of England, and head of the armed forces. It would be a wonderful sign.It is also, of course, a million miles away from happening. Many British imams, if they even suggested this, would have a riot on their hands. And that is where Lord Harries’s liberal “inclusive hospitality” hits its utterly foreseeable buffers. Because many Muslims in Britain simply do not share the good Lord Harries’s kindness, tolerance, inclusivity or indeed liberalism. In fact, they much more admire another faith, which seems confident and strong, than they admire a religion led by people who appear not to even have very much faith in their own faith.

Including the Koran in the coronation ceremony would be a radical departure from tradition. Opening with a Koran quote would obscure the unique relationship the royal throne has with the Bible and the history and prophecy it contains about that throne and the future of the whole world.

“The story of the British royal family is the most spellbinding of any family on Earth,” writes the Trumpet columnist Brad Macdonald. “This 4,000-year chronicle is a gripping history of eternal promises, royal romance, ecstasy and splendor, unprecedented national wealth, political intrigue, heartache and despair, and—most spectacularly—divine inspiration and intervention.

“Few people, however, realize the deep significance and importance of the British royal family. It is one of the least understood and most underrated institutions on Earth. The British monarchy is an international enigma, a mystery that stretches into the murky annals of history.

Opening with a Koran quote obscures the unique relationship the royal throne has with the Bible and the future of the whole world.
“It is imperative to understand the divine and majestic history and, more importantly, the thrilling, hope-filled future of the British monarchy.”

There is deep, spiritual meaning wrapped up in this timeless institution. Watch “The World’s Oldest Throne” to grasp the incredible history and prophecy represented by the British throne. And read “The Inspiring Story of Britain’s Royals” for the hope-filled history and future of the throne of Britain.