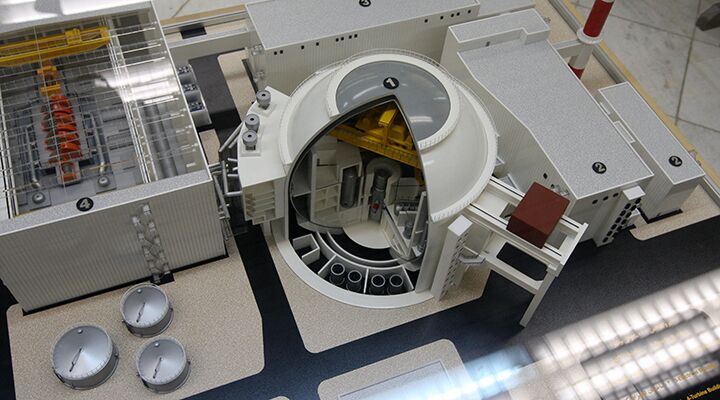 Russia’s support increases the West’s concern about the nuclear path Iran is taking.

Russia and Iran formally announced a deal on November 11 to construct two new nuclear reactors in Iran. The reactors will be built at the existing Bushehr nuclear power complex off the Persian Gulf coast. The contract also allows for two additional reactors to be potentially built at this location and four others at locations elsewhere in Iran. Iranian Deputy Director of International Affairs Behrouz Kamalvandi announced in September that the Bushehr construction would begin by March 21 and would be completed in five to seven years.

Iran’s nuclear program chief Ali Akbar Salehi praised the agreement as a “turning point” for Russia-Iran relations. “These acts of friendship by Russia will remain in our memory,” he said at the signing ceremony.

Although Iran insists the nuclear power plants are for civilian use only, the West charges that its products could be used for a covert nuclear weapons program. Iran says these claims are unfounded because all nuclear material will be obtained from Russia and then returned for disposal. Yet Iran also claims it must develop enrichment technology so it is not dependent on other nations for nuclear fuel.

Iran has plans to build 20 more nuclear reactors, ostensibly to wean itself off of oil, despite the fact it has one of the largest oil reserves in the world.

It speaks to Iran’s confidence that it would announce this deal less than two weeks before the scheduled P5+1 (United States, Russia, China, United Kingdom, and France plus Germany) meeting on preventing Iran from constructing nuclear weapons. During the Geneva convention one year ago, Iran alleviated the West’s concerns by promising not to further develop its Arak nuclear power generating facility. The Arak facility was a big concern because it required enriching plutonium, which can be used as the fission core of a nuclear bomb. But the agreement did not specifically prohibit Iran from pursuing offsite nuclear development. It appears Iran has taken advantage of this loophole by agreeing with Russia to build other offsite reactors whose fuel and waste engenders similar military concerns.

Iran is the world’s leading state sponsor of terrorism, and is hasting to enhance its arsenal with weapons of mass destruction. Decades of history show that Iran will not surrender its nuclear weapons ambitions. And now with Russia and the West more at odds than ever over the crisis in Ukraine, Iran may soon fulfill its nuclear ambitions with Russia’s help. More importantly, Bible prophecy indicates that the unthinkable will happen, and the actions of Iran will lead to a nuclear World War iii.