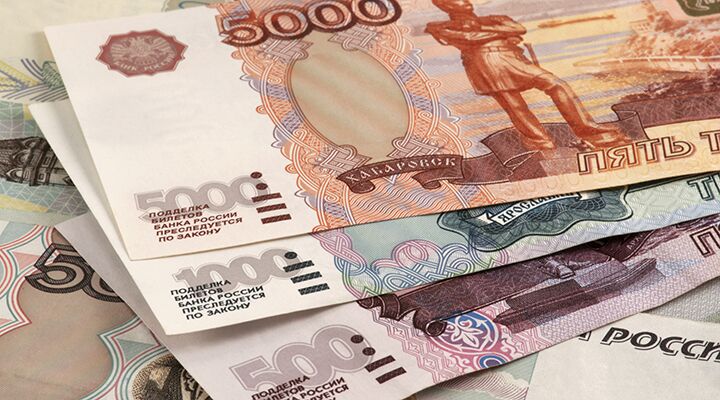 For 70 years, the United States’ dollar has dominated global commerce—especially the oil market. However, this is changing as Russia and other powers drop the petrodollar. The term “petrodollar” came about because, for many years, the dollar was the only currency used to buy oil in global markets. But times are changing.

As Western nations continue to impose more sanctions on Russia, Russia has begun moving away from the dollar. Russian oil company Gazprom started shipping oil from the Arctic to European ports with payments made in rubles. The oil it ships through the Eastern Siberia-Pacific Ocean pipeline will be purchased with Chinese renminbi.

Russian oil company Gazprom started shipping oil from the Arctic to European ports with payments made in rubles.
“Russia is actively pushing on with plans to put the U.S. dollar in the rearview mirror and replace it with a dollar-free system. Or, as it is called in Russia, a ‘de-dollarized’ world,” finance portal Zero Hedge wrote.

In July, brics nations—Brazil, Russia, India, China and South Africa—developed the idea of a brics central bank. Currency swaps among the banks will facilitate trade financing while bypassing the dollar. Given China’s economic power, analysts believe the renmibi will dominate as the central bank’s official currency.

China has made similar moves to circumvent the dollar. On September 30, China began direct trading between the yuan and euro. This will strengthen bilateral trade and investments between China and eurozone members by reducing transaction costs. It also means the U.S. dollar will not be used as an intermediary currency to calculate rates.

In June, China started direct trade between the yuan and British pound. China has been slowly growing the list of countries with which it has direct currency trade: the U.S., the United Kingdom, Japan, Australia, New Zealand and Malaysia. The Canadian Chamber of Commerce recently released a report calling for the creation of a yuan trading hub. In August, the yuan ranked seventh for global payments with more than one third of the world’s financial institutions using it for transfers to China.

On September 30, China began direct trading between the yuan and euro.
Five years ago, the yuan had virtually no presence outside of China’s borders, but each year since, it has taken on a larger international role. On October 14, the UK became the first Western nation to issue a government bond denominated in Chinese currency. The renminbi bond was added to Britain’s foreign currency reserves, which before did not contain any Chinese currency. With the unstable American dollar, the yuan has the potential to one day lead alongside or even above the U.S. dollar as the world’s most internationalized currency.

It is more and more apparent that the U.S. is no longer the world’s sole economic superpower. The U.S. dollar is slowly being pushed off the world scene in well-calculated moves. While it may currently be rallying, it is losing its uniqueness as the world’s reserve currency. The “de-dollarizing world” is only one of many indicators that America’s standing in the world is on shaky ground.