America isn’t the only Western nation being overrun by foreign-born immigrants. 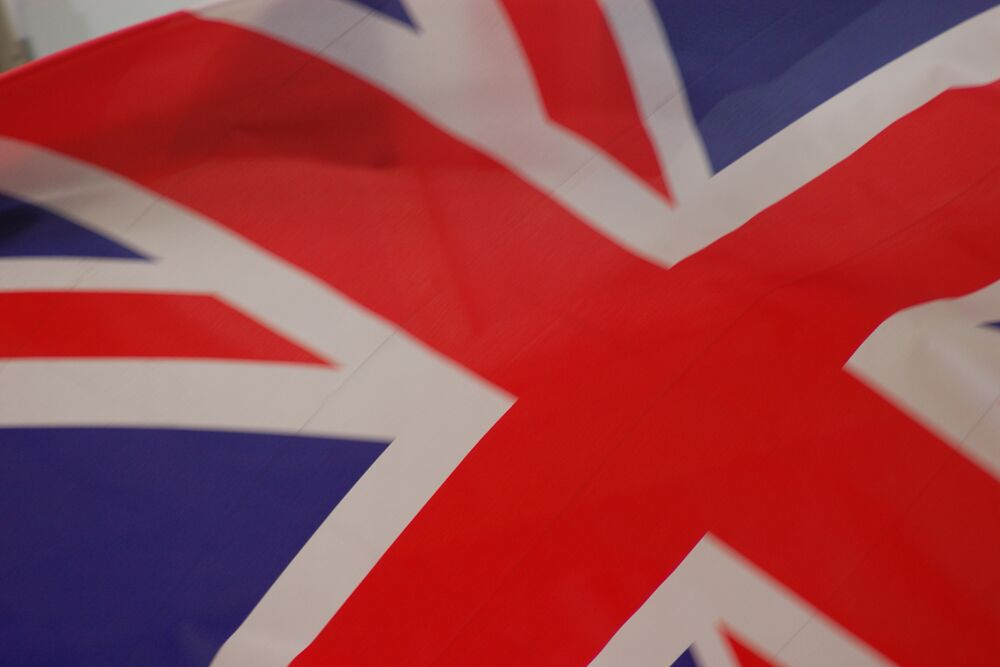 America isn’t the only Western nation being overrun by foreign-born immigrants.

The sickening scene is now all too familiar: a radical Islamist, dressed in black, standing above a Western prisoner, who is kneeling with his hands behind his back. The victim’s head is shaved, and he’s wearing an orange tunic. He reads a prepared statement denouncing the United States. Then the jihadi starts talking. He says that what he is about to do is revenge for American strikes against the Islamic State. Then he takes out a short knife and cuts off the head of the prisoner.

What is almost as shocking—maybe more shocking—is that on the beheading video isis posted on August 19, the Islamist murderer spoke with a London accent.

For a lot of people, that brings it right home. A vengeful homicidal zealot murdered a helpless and innocent person for everyone to see in the name of Allah—and he might have lived just down the street in Whitechapel. And in a few months, maybe that vengeful, homicidal zealot will come home to Whitechapel.

Beyond this jihadi murderer, an estimated 500 and 1,500 more British citizens traveled abroad in the last three years to join Islamic militants. They are going to Syria and Iraq, and they’re supporting people who are committing armed insurrection, extorting people, raping women, shooting people, blowing people up, burying people alive, beheading people. And maybe they are even committing those acts themselves.

What happens when these people come back to Britain? Well, look what happened when one Algerian French national who was fighting in Syria flew back to France: He walked into a Jewish museum in Brussels with an automatic rifle and a pistol and murdered the first four people he saw. Could this type of thing happen in Birmingham, or with a Londoner?

We have already seen what appears to be a Londoner doing the most heinous thing imaginable. And this isn’t the first time. On August 20, the Spectator blog listed what British Muslim extremists have already done (all of them of foreign descent).

These terrorist attacks were all carried out in the name of Allah. And they were committed by Muslims who lived in Britain, studied in Britain, and most of whom were born in Britain. As the Spectator pointed out, they were just a few of the steady stream of other attacks that failed to succeed.

These are extreme examples—but the facts show this problem is not limited to just one Londoner Muslim extremist, or to 500 Islamist jihadis.

In 1951, 4.2 percent of Britain’s population was born in another country. After 50 years of immigration, in 2001, the percentage had not quite doubled—to 8.3. Today, however, just a bit over a decade later, the proportion of the population that is foreign-born has jumped to over 12 percent—amounting to about 8 million people.

Britain has opened its doors to an unprecedented level of foreign-born immigration. And as recent years have proven, it is now exporting some of its most hateful, radical residents.

This is a story the Trumpet has monitored closely for several years. In 2006, we reported some shocking statistics: “Among those 1.6 million British Muslims, a great number identify more with the global body of Islamic believers than with their home country. One third would rather live in the UK under Islamic law than British law, according to a Channel 4 Dispatches poll in August. That figure roughly matches a shocking one from a YouGov poll a year earlier: Almost a third of British Muslims believe that ‘Western society is decadent and immoral, and Muslims should seek to bring it to an end, but only by nonviolent means’” (November-December 2006).

Consider the “Trojan Horse” scandal uncovered earlier this year in Birmingham, Britain’s second-largest city. Whistle-blowers in the school system came forward and exposed a program set up by Muslim officials who were working behind the scenes to establish an Islamist-friendly, Islamist-influenced curriculum. And this happened within government-run schools in Birmingham. Some of the Muslim leaders responsible harbored anti-British, radical Islamist views. And they were trying to incorporate these extremist views into the curricula—straight into the minds of unsuspecting British schoolchildren. Some of these schools enforced gender segregation. One invited in a pro-al Qaeda speaker. Another refused to teach music, art or the humanities to its older students.

The national government’s response has been to deny that there is a problem. Even after the Trojan Horse plot was exposed, liberal apologists took to the media, talking about how wrong it would be to promote British values in British schools.

This is where unchecked immigration and liberal attitudes of “tolerance” are taking Britain.

As Robert Morley wrote in the August 2013 Trumpet, “Britain is so obsessed with multiculturalism and not offending Muslims that it seems willing to let its people die rather than admit that some Muslims get their murderous inspiration from the Koran. Instead of expecting immigrants to assimilate into British culture, Britain has encouraged them to bring their beliefs, customs, religions—and hate—to Britain.”

In some cases, Britain is now exporting that hatred abroad to places like Syria and Iraq.

On August 11, a report on Frontline explained why the Islamic State (isis) has been so successful in recruiting Western fighters. “Unlike al Qaeda, which sees attacking the U.S. as key to its goal of establishing a caliphate, isis has functionally erased the border between Iraq and Syria and installed a virtual state of its own that now extends for hundreds of miles.”

In other words, isis wants to establish its own Islamic State first—then send Western fighters back to their home countries to carry out attacks. That’s the best-case scenario, looking at it from isis’s perspective. But if isis starts losing ground on the battlefield, those bloodthirsty Brits who joined forces with their jihadi brothers could be returning to London and Birmingham sooner than most people think.

Scotland Yard chief Sir Bernard Hogan-Howe is preparing for that probability. He told the Daily Mail on August 14 that while the British terrorists are in Iraq, “they are not an immediate threat, but should they come back, and should they come back together, that’s a concern.”

Actually, it is much more than a mere concern.

The people of Britain need to wake up to what is happening! The empire is long gone. And now Britain is disintegrating before our eyes. It is sick, as Herbert W. Armstrong declared as far back as the 1960s.

We have a free booklet that will give you a deeper perspective of what this immigration situation in Britain is leading to. It’s called Hosea—Reaping the Whirlwind. This booklet actually shows that Britain’s disintegration is prophesied in your Bible. This is a book that many Britons used to believe in—but that most Britons now scorn. This book foretells the very problems that are besieging Britain today—and prophesies of their ultimate outcome.

Every person who is concerned about what is happening in Britain today needs to study what God has to say on the subject and take warning.