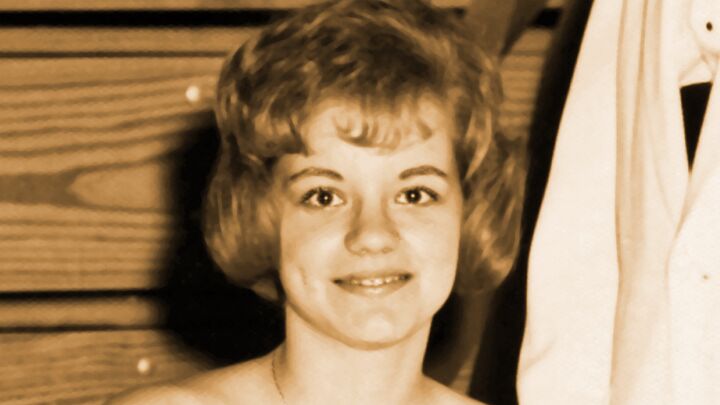 Holding it together at your mother’s funeral isn’t easy—particularly when you’re giving the eulogy. The video montage of her life helped in that regard. The pictures I saw made me smile—shots of my mother and father in Hawaii with my sister and me in tow, family portraits, dinner dances, speech banquets, vacations—they all brought back such wonderful memories.

But I nearly lost it at the last photo—the one displayed right before I spoke. It was my mom’s senior picture from high school. I’d seen it before, but not like this. As I sat in the audience, staring at this picture, it dawned on me that this beautiful, healthy-looking teenager who would later bring me into the world was now dead.

I never saw her at that time in her life—but I did see her the night she died. And she didn’t look much like that photo. Her skin had wrinkled over the years, her hair turned grey. The massive strokes she had in the months before she died marred her appearance all the more. Right toward the end, jaundice had set in and her body was swollen with fluid.

What a contrast to the physical beauty Western culture is so obsessed with. We glamorize beauty, among women especially, as if good looks and a youthful appearance are all that matters. In this world, physical beauty is almost everything, as attested to by the billions we spend each year on our looks: cosmetic surgeries like breast implants, liposuction, tummy tucks and face-lifts; Botox; makeovers; full-body waxing; chemical peels; colonics; manicures; pedicures—and on it goes. Even teenagers, thanks in part to popular reality shows and celebrities and models who keep getting younger, are joining the ranks of those willing to pay big bucks to alter their look or to “delay” the aging process everyone eventually goes through.

Now obviously, God wants us to be physically healthy and fit. He wants us to take care of ourselves—even our appearance. But just think of how different this world would be if we paid as much attention to inner beauty as we do outer beauty. Peter compared life in the flesh to a blade of grass or a flower. Grass withers, he said, and flowers fall away (1 Peter 1:24-25). James compared human life to a vapor that appears for a short time and then vanishes (James 4:14).

It’s no wonder God says beauty is vain! (Proverbs 31:30). It doesn’t last. And even before it fades, it can be dangerously deceptive. Lucifer’s heart was “lifted up” because of his beauty (Ezekiel 28:17). He couldn’t get his mind off his own beauty and it caused him to turn against and fight God. This is how Lucifer became Satan. And he has since foisted off on an unsuspecting and gullible world his interpretation of what beauty is (Revelation 12:9).

In examining one’s real worth—his or her beauty—God gives no thought or consideration at all to what’s outside. He always looks on the heart (1 Samuel 16:7).

In 1 Peter 3, God exhorts women to pay special attention to how they adorn themselves, but it’s speaking of spiritual adornment—“the hidden man of the heart, in that which is not corruptible” (verse 4).

This is where my mother put special emphasis. She had a wonderful gift of encouragement. People who stood in her presence always went away uplifted and happier. She handled herself with dignity and class.

She was a people person. Her last church service was nearly a year ago—there were a lot of visitors in town for a singles event. She was in bad shape—her health declining—but she wanted to be with the people, so she pushed herself. Three days after that, she had a massive stroke that left her without speech and paralyzed half of her body.

My mother’s 40-year career was in marriage and family. My sister would tell you this same thing—Mom was always involved in our lives. For me, she was involved in my life when I was a little boy, as a teenager, even on into my adulthood. She left a permanent mark on my life, showing me what it meant to serve and give—even to the point of real sacrifice.

She taught me about love, about authority and submission. She gave my life direction. She made my upbringing fun. She had such a wonderful laugh.

I tried to express this to her as she was dying early Sunday morning, September 5, but the words were hard to come by.

Now they’re not. She was a real beauty.