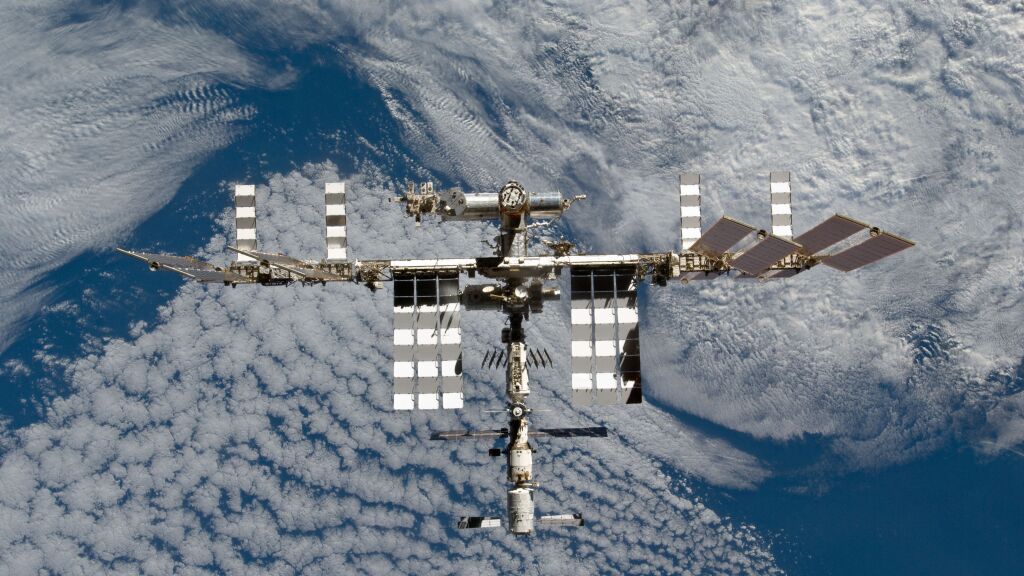 The International Space Station (iss) is a marvel of human engineering. nasa says its launch is one of its greatest achievements. With a span greater than a football field, end zones and all, it is a hive of scientific research and discovery. The United States alone has spent a whopping $100 billion on the project.

On April 29, Russia told America that if it wanted to put astronauts onto the station it could go rent a trampoline and bounce them up. It didn’t mention what America should use to get its two astronauts home.

That’s right. In response to United States sanctions on Russia for its annexation of part of Ukraine, Russia effectively evicted the U.S. from the International Space Station.

Russian Deputy Prime Minister Dmitry Rogozin sent the news via Twitter: “I suggest U.S. delivers its astronauts to the iss with a trampoline.”

The official statement later said America’s request to keep using the International Space Station beyond 2020 was denied, Russia would no longer let America use its rockets for launching military satellites, and it was removing America’s Global Positioning System (gps) stations from Russian territory.

How did this hostage situation develop?

In 2010, after receiving the Nobel Peace Prize for virtue of being elected president, President Barack Obama decided to cancel the nasa space program. Sending people into outer space or back to the moon wasn’t a priority. nasa’s space shuttles (which President Bush had scheduled to retire) were transferred to museums and the Constellation space program (which was taking its place) mothballed.

The only nation in history to put a man on the moon decided to rely on Russia (and pay it tens of millions per year for the privilege) to ferry its astronauts back and forth to the space station that American taxpayers largely financed.

Instead of space exploration, President Obama said he was giving nasa a new, more important goal. As recounted by nasa Administrator Charles Bolden, President Obama ordered him to make it his “foremost” mission to improve relations with the Muslim world.

The U.S. space program used to be a flagship of American greatness. At one time it inspired the world. Now it’s a showpiece for our weak, childish thinking.
Forget going to the moon or Mars. Forget advancing technology or inspiring the world. Make nasa a feel-good public relations tool to convince Muslim nations to love us.

“When I became the nasa administrator—or before I became the nasa administrator—he charged me with three things,” recounted Bolden. “One was he wanted me to help reinspire children to want to get into science and math; he wanted me to expand our international relationships; and third, and perhaps foremost, he wanted me to find a way to reach out to the Muslim world and engage much more with dominantly Muslim nations to help them feel good about their historic contribution to science … and math and engineering” (emphasis added).

Have you ever heard anything so silly?

The U.S. space program used to be a flagship of American greatness. At one time it inspired the world. Now it’s a showpiece for our weak, childish thinking.

Following Russia’s threat to stop ferrying Americans to the space station, U.S. analysts quickly pointed out that Russia would never do so. Russia relies on many U.S.-made parts for its rockets they said, so Russia would never follow through because it would hurt them as much as it would us.

It’s as if they completely missed what just happened in Crimea.

This kind of naive and dangerous thinking is all too common in America. You hear it with regards to America’s reliance on China to buy its debt (they would never dump their $1.6 trillion stockpile because it would hurt them more than us). You hear it regarding Iran’s nuclear program (even if they got nuclear weapons they would never use them because it would be mutually assured destruction). You hear it regarding America’s reliance on rare earth minerals and imported computer technology (they would never stop selling to us because their companies would go out of business).

They would never do that because it would hurt them more than us. Grade school policy.

Why does everything seem to come down to such juvenile cost-benefit calculations for Americans? Why do we never seem to learn?

America’s Ivy-leaguers can write masterful 400-page papers telling you why a country won’t do something because it isn’t in their best interest. Their intellectual arguments are backed with facts and sound logic. American politicians breathe a sigh of relief—and then America is caught totally unprepared when that nation goes ahead and does what supposedly isn’t in its best self-interest to do.

We see it happen over and over: Putin annexes a part of Georgia; Bashar Assad uses chlorine barrel bombs on his own people; and, as happened last week, China “risks” U.S. intervention and angers a whole host of small nations by putting an oil rig in Vietnam’s exclusive economic zone.

We will be absolutely shocked when North Korea detonates another nuclear bomb, or when Argentina invades the Falkland Islands, or when China annexes Taiwan. We will be awed when Iran gets the bomb, or we find out Germany has cut a modern-day Molotov-Ribbentrop pact with Russia.

But should we really be shocked and awed?

The problem with America’s foreign policy—why it is so childish—is because it is based on a fundamentally flawed understanding of human nature. As Hans J. Morgenthau wrote in Politics Among Nations: The Struggle for Power and Peace:

Not only does America seem to disproportionately view everything through the eyes of “economic man”—thus with its vast economic hammer every problem begins to look like a nail—but compounding the error is the fact that America’s leaders have almost zero understanding of what human nature really is.

Thus America is left looking to rent trampolines to bounce its astronauts to the “International” Space Station after 2020—or, if it offends President Putin again, even sooner. And the Muslim world still doesn’t feel any better about itself and still generally hates America.

What is the fundamental nature behind “political man,” “moral man,” “economic man,” etc.?

The Bible—which is the world’s oldest book on geopolitics—gives the answer. But people don’t like to believe or do what the Bible says. Yet this understanding would revolutionize America’s foreign policy.

If you want to learn more about what the Bible says about human nature, read Brad Macdonald’s column “Putin, Obama and the Desperately Wicked Human Heart” and then Stephen Flurry’s booklet: Human Nature: What Is It? I think you will enjoy the read.