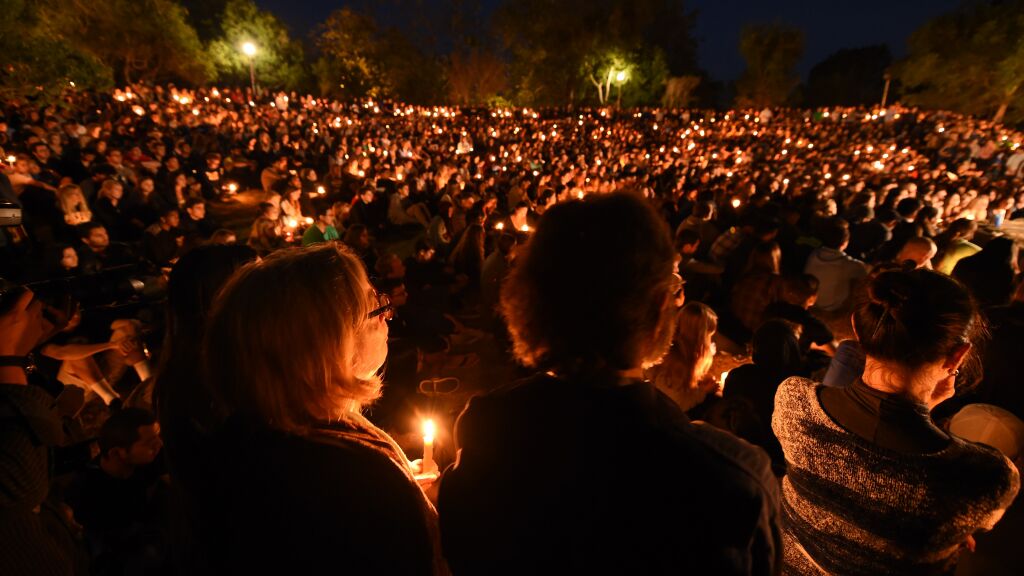 Tragedies like last week’s Isla Vista massacre will continue until we confront the fundamental cause.

Here we are, yet again, reliving the same familiar nightmare. The details differ, the setting, the head count, the devices of destruction. But the shock and sadness invoked by yet another mass murder are the same, as is the obvious question.

Many blame America’s lax gun-control laws. “Why did Chris die? Chris died because of craven, irresponsible politicians and the NRA,” cried the father of one of Rodger’s victims. “He was always a disturbed child,” stated Rodger’s aunt, “I don’t know how he was allowed to get a gun. Something has to be done about gun laws in America.”

These answers are incomplete and unsatisfying. They don’t explain why Elliot Rodger was depressed and emotionally unstable, why he was a social pariah, why he was angry that his sexual ambitions went unfulfilled, or why he possessed such a deep hatred of women. It’s true that acquiring a gun is remarkably easy in America. But that doesn’t explain why Elliot Rodger purchased guns for the purpose of committing mass murder.

These are the questions we need answered.

Truth is, the answer to all these questions is the same. There was a fundamental cause of Elliot Rodger’s mental and emotional instability, his social ineptitude and hatred for humanity, and his frightening disgust for women. To discover what it is, all we have to do is honestly consider the facts and answer a simple question.

Fact 1: Elliot Rodger had a deeply twisted view of sex. He was raised in a culture that worships sex of every shape and sort, and as an adolescent was taught to view sex as a right, an expectation, a need like food and water. Rodger’s view of sex and women was shaped by pornography, which had rewired his mind and distorted his understanding of females. (His father, a Hollywood director and photographer, owns a semi-pornographic website.) Unfulfilled expectations produce feelings of failure and inadequacy, as well as frustration, bitterness and anger. Rodger brimmed with them all.

But let’s ask: Who is chiefly responsible for teaching children and teenagers about sex? For ensuring an adolescents’ expectations about sex and relationships—about life—are right and reasonable, and for showing them how to rightfully pursue them?

Fact 2: Elliot Rodger had a deep disdain for women. “Women are like a plague. … Women are vicious, evil, barbaric animals, and they need to be treated as such,” he wrote. He fantasized about locking all women in “concentration camps” and starving them to death. “Women’s rejection of me is a declaration of war.” These feelings are largely the result of unmet expectations and repeated disappointment.

But again: Who is chiefly responsible for educating adolescent boys about women? For teaching them how to view and treat females? For protecting their minds from warped perspectives and setting them straight when wrong and destructive views creep in?

Fact 3: Elliot Rodger was a recluse. Worse still, cut off from society and overcome with frustration and bitterness, he developed an intense hatred for humanity. This social ineptitude, by his own admission, was largely the result of a childhood without meaning and direction. From boyhood he was raised on horror movies and gratuitously violent video games. (His father was a director of The Hunger Games, a Hollywood blockbuster in which teenagers stalk and kill each other.) Elliot Rodger admitted the role of video games, not just in spurring his imagination, but in creating his social dysfunction (emphasis added):

The upside of moving to the apartment was that my mother acquired high speed Internet. I was able to play World of Warcraft on her computer, along with Halo 2 on Xbox Live. That was the point when my social life ended completely. I would never have a satisfying social life again. It was the beginning of a very lonely period of my life, in which my social interactions would be through online video games. … The ability to play video games with people online temporarily filled in the social void. I got caught up in it, and I was too young and naive to realize the severity of how far I’d fallen. I was too scared to accept it. This loss of social life, coupled with the advent of puberty, caused me to die a little inside. It was too much for me to handle, and I stopped caring about my life and my future. I even stopped caring what people thought of me. I hid myself away in the World of Warcraft, a place where I felt comfortable and secure.

That paragraph makes you cry. It reveals an innocent child left exposed and defenseless to a merciless culture of violence and perversion. Isolated and trapped in an imaginary world filled with evil, Rodger’s mind and emotions were transformed, his brain and personality were demolished, and he was reshaped into the amoral, merciless killer we saw explode last week.

Who put Elliot Rodger in this position? Who purchased the video games, paid the Internet bill and watched as he spent hours locked away from the world?

Again: Who is chiefly responsible for raising children to know that they’re loved?

The hard fact is, Elliot Rodger was the product of a dysfunctional family. His parents divorced when he was young. The boy was left to fend for himself, to educate himself, to entertain himself, to console himself, to protect himself. But every child needs authority, someone to instruct him. In Rodger’s case, the chief authority in his life was video games, pornographic websites, and a lawless, selfish culture.

I don’t mean to rail on Elliot Rodger’s parents. Truth is, they—like most parents today—are products of the same culture: a culture that rejects traditional laws and morality, that debases traditional marriage, that scorns the traditional roles of mother and father. A culture that is actively engaged in a war on family!

Rodger’s parents divorced because divorce is endorsed and celebrated as the right thing to do. Rodger’s parents gave him the freedom to do what he liked because they were told by society that children ought to be left alone to develop their own personalities, values and beliefs. Rodger’s parents were selfish because society promotes the pursuit of selfish interest above all else.

It’s tragic. But we must accept that family disintegration and parental selfishness and irresponsibility is the fundamental cause of dysfunctional, mentally and emotionally unstable individuals like Elliot Rodger. We must confront the crises inside our families—and put an end to the war on marriage.

Until we do, terrible experiences like this will continue. Soon, in a month, or six, or twelve, we’ll be back here again, dazed and reeling, reliving the same nightmare of mass murder. Overwhelmed with shock and sadness, and asking the same familiar question: Why?