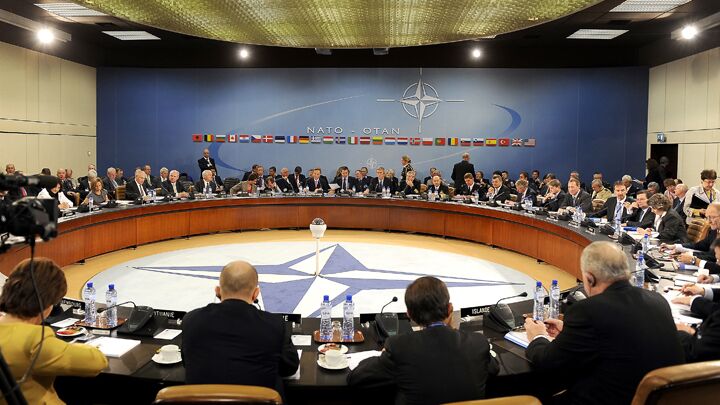 A Russian invasion could shatter the alliance.

German defense and foreign ministry officials told Spiegel it would take nato six months to put together a response. “We wouldn’t even show up in time for the Russians’ victory celebration,” one German official said.

German mep Elmar Brok, a member of German Chancellor Angela Merkel’s Christian Democratic Union (cdu) and head of the European Parliament Committee on Foreign Affairs spelled it out plainly: “At present, the alliance could not protect the Baltic countries with conventional military means,” he said.

nato documents express a similar concern. “Russia’s ability to undertake significant military action with little warning presents a wider threat to the maintenance of security and stability in the Euro-Atlantic area,” states a draft copy of a restricted internal nato assessment, according to Spiegel. “Russia can pose a local or regional military threat at short notice at a place of its choosing. This is both destabilizing and threatening for those allies bordering or in close proximity to Russia.”

“Six months ago, such words would have been inconceivable in a nato document,” Spiegel writes. “But the crisis in Crimea and now in eastern Ukraine has called many certainties into question.”

Off record, the concerns of nato officials range beyond the Baltics, and even Europe. Spiegel reports that these officials saw weaknesses in a whole range of nato troops. “Fighting mines and submarines has been neglected” they report. “Pilots hardly train for aerial combat,” they continue. These nato officials see weakness from “the armored corps and the infantry” to air defenses. nato has given up practicing and preparing for large scale warfare, instead training for counterinsurgency and counterterrorism operations.

Meanwhile Russia has worked hard to upgrade its military, conducting mass military exercises and ensuring its pilots are constantly practicing. The Russians “now have capabilities and systems once again that cannot simply be brushed aside,” Spiegel quotes Western experts as saying.

Spiegel worries that this weakness could destroy the alliance. If they are unable to respond to a Russian invasion of a Baltic country, “the alliance could disintegrate … because it would be breaking the very promise that justifies its existence,” it writes.

Spiegel compares the anxiety in Europe’s defense departments to the climax of the euro crisis in 2012. An invasion of a Baltic state is by no means the most likely outcome of the crisis, just as the total collapse of the euro and Europe’s economy was not the most likely event back then. However, it is a significant enough risk for countries to work on contingency plans and examine how prepared they are.

This is one of the most important trends coming out of the Ukraine crisis. Europe is being forced to fundamentally reevaluate its defense and security. Even long-time arrangements like nato are being questioned. To see where this will lead, read Trumpet editor in chief Gerald Flurry’s May-June cover article, “The Crimean Crisis Is Reshaping Europe!”