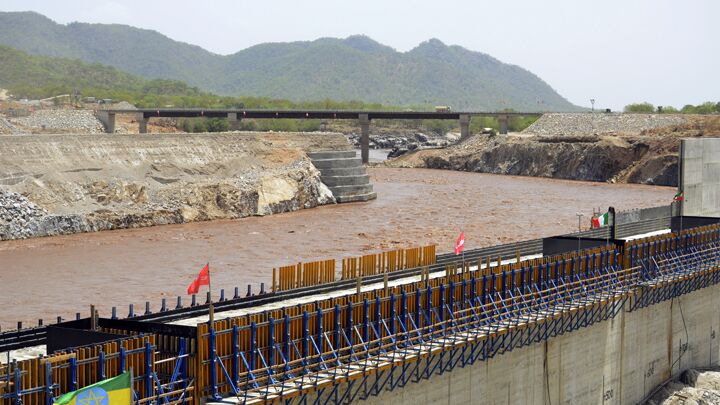 The recent arrest of three Egyptian spies by Ethiopian security forces is the latest escalation in tensions over the Grand Ethiopian Renaissance Dam (gerd).

Captured on May 5 in separate locations across the nation, the three Egyptian men stand accused of gathering intelligence on Ethiopia’s dam system. One man was arrested at the Abobo Dam, while the other two were arrested as they attempted to travel to the gerd. It is the latter of the two dams that is of greater significance.

The gerd is a massive hydroelectric dam being constructed on the headwaters of the Nile River in Ethiopia. It will be the largest dam in Africa, coming in at over 5,900 feet (1,800 meters) long, and it will have a capacity of over 2.6 billion gallons of water. More important than its size, this dam’s geopolitical significance is immense.

Egypt sees this dam as a direct threat to its own national stability. Almost 100 percent of Egypt’s 83 million inhabitants live on the banks of the north-flowing Nile. Egyptians see the gerd as the equivalent of a giant spigot that Ethiopia is capable of turning on and off at will.

With Egypt so dependent on the Nile, any threat to those life-giving waters is seen as a threat to the nation itself. While Ethiopia claims the dam won’t affect the water flow to the north, it hasn’t been enough to convince the Egyptians.

Negotiations have been rough, with Egypt threatening to bomb the dam should its construction be finished. Egypt has a vast army and works closely with South Sudan, which recently established a military pact with Egypt. These factors lend credibility to the Egyptian threats.

Egypt is currently embroiled in enough strife at home with elections and terrorists running wild in the Sinai Peninsula. It doesn’t need a conflict with Ethiopia on top of that. But, should the Nile River suddenly become the Nile Creek, Egypt would be forced into action.

The arrest of the three spies shows that despite its domestic struggles, Egypt is still wary of the Ethiopian threat to the south. Once Egypt regains its domestic footing, prepare for it to focus more attention on defending its Achilles heel/lifeline: the Nile River.

This particular African crisis is only a degree or two away from boiling over. Do you want to know more about how Egypt may respond to the gerd threat? If you do, follow this link to the analysis written by columnist Robert Morley, “War Over the Nile River.”