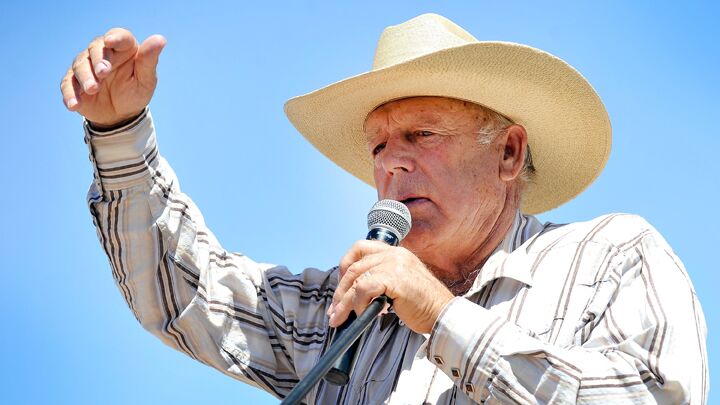 In our headline-reading, tweet-happy society, did anybody actually listen to Cliven Bundy’s speech to see if he really is a racist?

America labeled him a racist. He never was a hero—only a despicable, hate-filled, greedy old man that wants black people to be slaves again. If the blm needs to use force to get those cows off public land, then so be it. Bundy deserves what he gets. And the so-called “freedom-loving” militias can get what’s coming to them too.

That was the sentiment the mainstream media incited following the New York Times report on Cliven Bundy.

cnnpilloried him. abc condemned him. Even Fox News’ Sean Hannity turned on him.

Is Cliven Bundy the radical racist the big media has portrayed him to be?

‘I want to tell you one more thing I know about the Negro,’ he said. Mr. Bundy recalled driving past a public-housing project in North Las Vegas, ‘and in front of that government house, the door was usually open and the older people and the kids—and there is always at least a half a dozen people sitting on the porch—they didn’t have nothing to do. They didn’t have nothing for their kids to do. They didn’t have nothing for their young girls to do.’And because they were basically on government subsidy, so now what do they do?’ he asked. ‘They abort their young children, they put their young men in jail, because they never learned how to pick cotton. And I’ve often wondered, are they better off as slaves, picking cotton and having a family life and doing things, or are they better off under government subsidy? They didn’t get no more freedom. They got less freedom.”

Asking whether or not black people would be better off under slavery is inflammatory, and completely ridiculous. Furthermore, using terms like “negro,” although common practice four decades ago, is insulting and unacceptable today. Making sweeping generalizations is also offensive.

But is Bundy really the evil, cold-hearted racist he is made out to be? If you look at what he actually said, in a strange way, he seems to be trying to take the side of African Americans—blaming government policy as a root cause for many of the social and economic problems experienced by black communities.

Notice what Bundy also said that was not reported by the New York Times:

[A]nd so what I’ve testified to you—I was in the Watts riot, I seen the beginning fire and I seen that last fire. What I seen is civil disturbance. People are not happy, people are thinking they don’t have their freedoms, they didn’t have these things, and they didn’t have them.We’ve progressed quite a bit from that day until now, and we sure don’t want to go back. We sure don’t want the colored people to have to go back to that point. We sure don’t want these Mexican people to go back to that point. And we can make a difference right now by taking care of some of these bureaucracies, and do it in a peaceful way.

Now why didn’t the Times report this part?

Saying that he doesn’t want people to go back to those times doesn’t lend itself to the racist label even if Bundy used politically incorrect words like “colored” that some people consider racist.

You can watch a video of Bundy’ speech here. And while you are at it, here is a video of Georgia Republican Senate candidate Derrick Grayson saying the exact same thing Bundy did. Is he a racist too?

The New York Times also felt it wasn’t worth quoting the following part of Bundy’s speech:

If Bundy is a racist, he doesn’t seem to have a problem with people of Spanish descent.

Again, why didn’t the New York Times, cnn, abc, msnbc—any of these news agencies—report even a portion of the rest of Bundy’s speech? Because the big media likes to play the race card every chance it can to stir up controversy and score political points and ratings—even as it stirs up hatred and destroys the nation.

Did Bundy say some offensive things? No doubt. But is he a racist? I don’t know. I never met the man. The New York Times writer vilifying him doesn’t know either. Nor do all the media outlets and talk show hosts that jumped all over his comments. I do know that the full transcript of his speech doesn’t indicate that he is.

But what the big media is doing is drawing attention away from the important issues like states’ rights, increasingly militarized government agencies and the government’s role in family breakdown and the welfare state—all important topics raised by Bundy, at a time he was getting a lot of national coverage. Race baiting changed the national dialogue, heightened polarization and stirred up a lot of anger.

Adding a racial narrative to what happened at the Bundy Ranch makes what happened there even more likely to impact every American. Read: “The Bundy Ranch Showdown: Why It Deserves Your Attention” to see why. If you agree with what it said, check out the special offer at the end of the article.