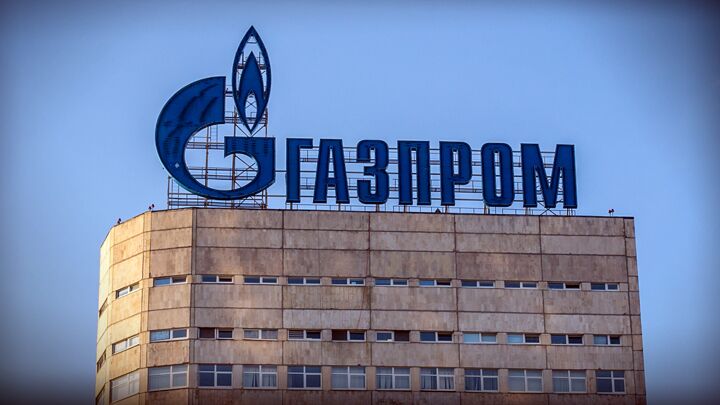 Russia may divide the West and offer Europe a chance for euro reserve currency status.

Russian state-controlled oil producer Gazprom said its preliminary moves to sell gas for euros instead of dollars was moving forward. In e-mailed comments reported by Reuters, Gazprom chief Alexander Dyukov said that 95 percent of those under contract with the company were ready to make the switch.

Dyukov made sure to highlight that this move to sell oil for euros instead of dollars was simply Gazprom doing what was necessary to protect the company from potential U.S. sanctions. It was not a policy set by Russian President Vladimir Putin.

Regardless, this latest effort by Gazprom may mark a seemingly slight but significant change in Moscow’s recent assault on the U.S. dollar’s reserve currency status.

The dollar is evil. It is a dirty green paper stained with blood of hundreds of thousands of civilian citizens of Japan, Serbia, Afghanistan, Iraq, Syria, Libya, Korea and Vietnam.
Mikhail Degtyaryov, State Duma deputy from the Liberal Democratic Party, Russia
Earlier this month, Andrei Kostin, president and chairman of the powerful Russian vtb Bank, said that much of Russia’s oil industry was ready to switch from the dollar to the Russian ruble as payment for exports. He said that Russia’s biggest oil producer, Rosneft, as well as the state-owned defense company, Rosoboronexport, were among those companies willing to boycott the dollar. Reuters reported that three oil importers from China and Japan said they had been asked by Gazprom to pay for the oil in other currencies than the dollar. Two said they were still considering the proposal. The third said it had paid in euros in the past and did not see doing it again as a problem.

“It is time to change the entire international financial system that considers the dollar the key reserve currency,” Kostin told Platts. “The world has changed. [China’s] yuan and [the Russian] ruble have to take their place in international transactions,” he added.

So far, Russia’s move to hurt the U.S. has largely centered on replacing the dollar with the ruble in oil transactions. As Russia Today reported, Russian Lower House M.P.s are urging Russian oil and gas producers and traders to stop using the dollar (April 3):

“The dollar is evil. It is a dirty green paper stained with blood of hundreds of thousands of civilian citizens of Japan, Serbia, Afghanistan, Iraq, Syria, Libya, Korea and Vietnam,” one of the authors of the motion, Mikhail Degtyaryov of the conservative nationalist party ldpr said in an interview with Izvestia daily.Degtyaryov also said that Russia already had a bilateral agreement with China allowing payment in national currencies and this proved that such step was possible.”Our national industrial giants will not suffer any losses if they choose to make contracts in rubles or other alternative currencies. Russia will benefit from that. We should act paradoxically when we deal with the West. We will sell rubles to consumers of our oil and gas, and later we will exchange rubles for gold. If they don’t like this—let them not do this and freeze to death. Before they adjust, and this will take them three or four years, we will collect tremendous quantities of gold. Russian companies will at last become nationally oriented and stop crediting the economy of the U.S. that is openly hostile to Russia,” the M.P. said.

Yet analysts see virtually no way the ruble could replace the dollar as a reserve currency, even considering the fact that Russia is the first or second largest oil exporter in the world. The Russian economy, at a little over $2 trillion, is just too small on a global scale.

Yet these analysts also overestimate the strength of America. They argue that all U.S. President Barack Obama would have to do is call Saudi Arabia up and have it start pumping out more oil and the ruble would collapse. This view is based on outdated reasoning. First, America’s relationship with Saudi Arabia is in serious trouble, with various members of the Saudi royal inner circle explicitly showing disgust with U.S. foreign policy and outright anger over America’s embrace of Iran. Second, it is unclear how much excess oil capacity the Saudis have at their disposal anyway. Saudi oil fields are aging while internal consumption has soared. Citigroup analysts say the Saudis could be net importers of oil by 2030!

The dollar enjoys reserve currency status because it is the primary currency used for the payment of international transactions, of which the oil trade is one component, if not the biggest.

While the ruble might not be a viable alternative to the dollar for global trade—other countries look on enviously. Reserve currency status is a prize to be envied.

The dollar enjoys reserve currency status because it is the primary currency used for the payment of international transactions—of which the oil trade is one component, if not the biggest.

The fact that so many nations use dollars to settle trade contracts has enabled the U.S. to run up massive debts, and allowed the Federal Reserve to print trillions of dollars to keep the U.S. economy from collapsing during and subsequent to the 2008 economic meltdown. Without such status, the dollar’s value would have plummeted precipitously. Without this status, interest rates would be sky high. America’s economy would be much smaller and U.S. standards of living might be more like Mexico or Spain.

The U.S. dollar’s reserve currency status is a big component of America’s superpower status. Want to use dollars for trade? Then you must use America’s financial system—and that makes you subject to the rules and regulations imposed by America. It also opens up your assets to potential seizure.

Reserve currency status is something any future superpower would need.

China is clearly after it. On April 10, the South China Post reported that Russia and China were close to finalizing a “Holy Grail” gas deal in which Russia would pump 38 billion cubic meters of natural gas to China. The contract, which is set to be priced in Russian rubles and Chinese yuan, is set to come into force by the end of 2014. Additionally, China has given approval for a new yuan clearing hub in Frankfurt in order to make it easier for European countries to purchase yuans for bilateral trade with China.

Yet China, with its immature financial centers and untrusted political system, is an unlikely candidate for near-term global reserve currency holder.

What about Europe? Would Europe, with its cumulative economy surpassing the U.S., ever want to hold the premier world reserve currency?

Consider how Russia’s actions in Ukraine have impacted both East and West Europe. While Eastern European countries are clamoring for the West to confront Russia, Europe’s real powerbrokers in Germany and France are much more subdued.

Russia appears to be dangling reserve currency status in front of the European financial powers. Will Frankfurt and Brussels make a deal with Putin?

With Russia diversifying its oil and gas exports to China, Europe knows that Russia will soon be able to turn off the gas tap to Europe for extended periods of time. This is just the way of life in the East, so it’s used to it; but Western Europe is only now coming to terms with it.

Is it any wonder that all three of Germany’s most recent chancellors, Gerhard Schröder, Helmut Kohl and Helmut Schmidt, have each publicly voiced support for Russia’s actions in Crimea? Each blamed Europe and the West for inciting Russia, and prefer that the rest of Europe cut a deal with the Kremlin.

They appreciate the stick Russia holds.

Europe also appreciates the carrot. European interests have been working for years to internationalize the euro and expand its reserve currency status. However, the euro’s share of global reserves dropped sharply after the Greece crisis even though it has now recovered for three consecutive quarters.

If even a portion of Russia’s oil transactions were consistently priced in euros, it would be a massive boost to the euro at the dollar’s expense.

Russia appears to be dangling reserve currency status in front of the European financial powers. Will Frankfurt and Brussels make a deal with Putin? The Bible says they will, so don’t expect a huge response by Europe to confront Putin. Instead, expect Russia and Germany to work out their differences while dividing up Europe in the process.