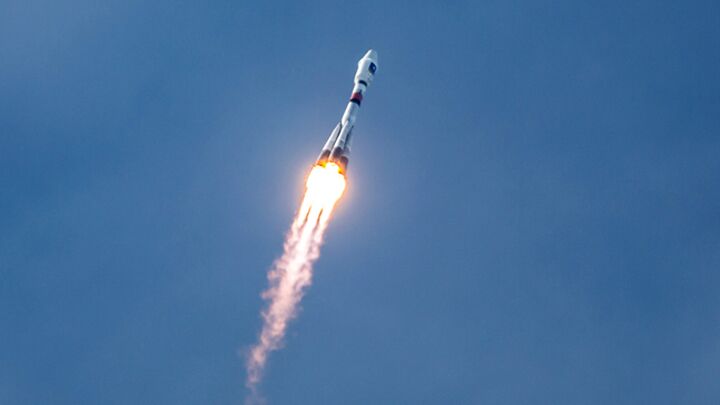 The world’s biggest Earth-observation program gets underway in Europe.

The EU launched its Sentinel-1a satellite from French Guiana on April 3 as it began the rollout of its advanced fleet of Earth-monitoring satellites. Once the Sentinel-1a’s sister satellite, the 1b, is launched, the pair will be able to give radar images of anywhere on the Earth within three to six days.

They’re part of the EU’s Copernicus project, which aims to give the EU an extensive view of the Earth’s surface.

“There is no Earth-observation project as big as this,” said Prof. Anne Glover, the EU’s chief scientific adviser.

[I]t’s already abundantly clear that the new system will also be used for military operations and surveillance purposes…
Ben Hayes, Statewatch
We should remember that any system designed to study the Earth in detail for scientific reasons is also very useful militarily. The publicity for these launches focuses on the environment, global warming and disaster response, but the EU admits, in the small print, that these satellites have “intelligence” and even “military” applications.

“There’s no doubt that Copernicus promises exciting new applications for land management and environmental science, said Ben Hayes of the civil liberties group Statewatch. “But it’s already abundantly clear that the new system will also be used for military operations and surveillance purposes, some of which are highly controversial.”

The Copernicus program used to be known by the much less catchy name of gmes (Global Monitoring for Environment and Security). At first it was designed to support “environmental security,” but, as a European Parliament document noted, this mission was adjusted ever so slightly: It now aims to support “the environment and security” (original emphasis). The system’s declared military uses include “EU peacekeeping operations”—i.e. European military missions, as well as “border monitoring outside the EU” and resource monitoring. The latest sentinel satellite will serve these purposes.

This superb footage, provided by the European Space Agency (ESA), was acquired by cameras on the Soyuz Fregat upper stage that released Sentinel-1A into orbit on 3 April 2014.

The EU will, of course, use its new satellites for environmental monitoring. But they are also vital intelligence resources that will be used in planning and carrying out military missions. In assembling this constellation of satellites, the EU is quietly extending its military power and diminishing its reliance on the U.S. for accurate satellite data. Copernicus is just one of many satellite projects underway within the EU.

Once Europe’s Copernicus and Galileo satellite systems are complete, according to EU officials, they will be the most technologically advanced systems in operation.

Space is an important theater for any aspiring military. Watch for the EU to continue to expand on this frontier. For more details on Europe’s space program, see our article “The Quiet Space Race.”