Jesus Christ has that title. But He’s not the only one. 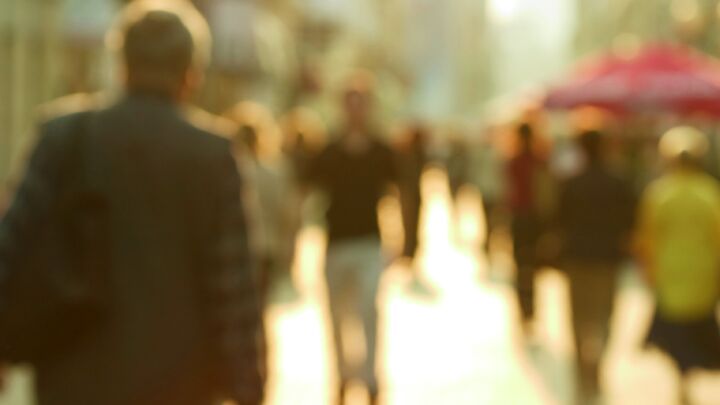 Jesus Christ has that title. But He’s not the only one.

Mark introduces his Gospel account with these words: “The beginning of the gospel of Jesus Christ, the Son of God.” Christ was the Son of God. He had a family relationship with God the Father. And He came in the flesh to declare the Father (John 1:18). Why? The answer is astounding.

“[N]otice God calls these humans His own children,” Herbert W. Armstrong emphasized in Mystery of the Ages. “Many people say, ‘God just doesn’t seem real to me.’ God is a great mystery to them. Their own human fathers don’t seem like a mystery. They seem real. … I hope we will help make God as real to you as your own human father.”

Verses 3 and 4 compare two births: when Christ was born as a human being and then as the Son of God at His resurrection.

It is by this same method that we too can be born sons of God! Romans 8:14 says, “For as many as are led by the Spirit of God, they are the sons of God.” God’s Holy Spirit must lead us—and if it does, look at what that makes us! The Holy Spirit impregnates us with God life, whereby we can call God our Father (verse 15), and we become His children (verse 16).

How plain! The Kingdom of God is the Family of God!

Mr. Armstrong wrote, “If we are Christ’s—if His Spirit dwells in us—if we are following where His Spirit leads—we are now His children, but now only heirs. Not yet inheritors. But Jesus Christ then becomes our elder brother. He is the firstborn of many brethren. We are His brethren and co-heirs. He has now been born of God—and He is God! Notice it!” (Tomorrow’s World, August 1969).

Christ, the firstborn Son of God, is the first to be born among many brethren (verse 29). Those who have God’s Holy Spirit are heirs of God and joint heirs with Christ (verse 17). When Christ became a human being who died and was then resurrected to eternal life, He became the first human to be literally born into the Family of God. Christ was born into the Family from the dead (Colossians 1:18). And, He is only the first of many to be born!

“For it was fitting that he, for whom and by whom all things exist, in bringing many sons to glory, should make the pioneer of their salvation perfect through suffering” (Hebrews 2:10; Revised Standard Version). Christ pioneered the way. For who? For us!

1 John 3:2 says, “[N]ow are we the sons of God.” This is not only what we are called—it is who we are. Just as a tiny embryo, no larger than a pinpoint in the mother’s womb, is already the son or daughter of the human father even before it is born, so is a begotten Christian even now a son of God, though not yet born.

Verse 2 continues, “it doth not yet appear what we shall be ….” We are begotten sons of God right now—but we are still flesh. Yet when Christ appears, we will become something different; we will be God’s born children. We will become God as God is God. We will be able to see Jesus Christ just like He really is (verse 2). And not only that, we shall be like Him!

When God says in Genesis 1:26, “Let us make man in our image, after our likeness,” He means what He says! And just as Jesus Christ became the Son of God, so too can the rest of mankind!