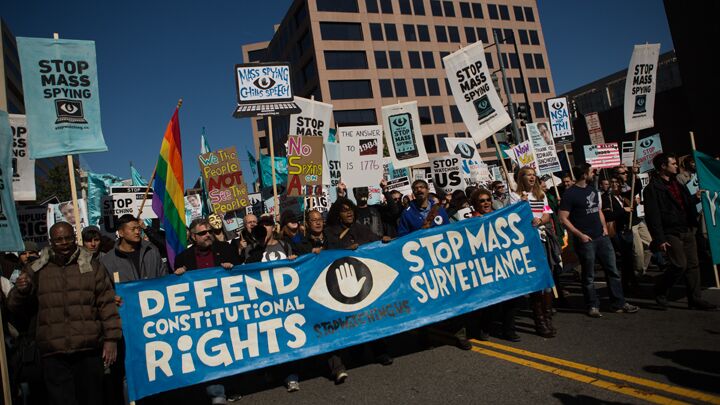 Another finding that forebodes worse for the nation

Trust in government is at an all-time low, according to the Pew Research Center’s most recent survey. Only 19 percent of Americans trust the government to do what is right, according to its October report. With distrust so widespread there could be big implications for social stability. But Pew found an even more foreboding, and less reported on indicator.

America isn’t your daddy’s country anymore. It has undergone a radical shift since the 1950s. Back then, when Pew first began asking the question, trust in government was high and improving. In 1964, an astounding 80 percent of Americans trusted the government. Since then it has plummeted, and bounced, and plummeted further.

Trust hit new lows in each of the Carter, Clinton and Obama administrations, but the starkest, most dramatic damage during a term, was done under both President Bush’s time in office (see graph).

Today, more than four out of every five Americans don’t trust the government. Think on that number. How can a nation survive when its most important institution is distrusted so much? What are the implications?

As bad as mistrust for government is, Pew highlighted an even more disturbing trend.

Thirty percent of people polled said they are “angry” at the federal government. This too is a new record and is sharply up from the previous record high of 26 percent in September.

Take a look around. Mistrust and anger is increasingly evident.

You can see it in the rise of Bitcoin. People see the dollar plummeting in value and their savings being destroyed. The dollar has lost 32 percent of its value against other currencies since 2000. People are turning to gold and other precious metals instead. Gold has gone from $279 per ounce to $1,254 per ounce. Other virtual currencies besides Bitcoin are gaining in popularity too.

You can see it in the faces of those on the record high and growing welfare rolls. Fifty years of “war on poverty” have done nothing. More than one in every three Americans now get some sort of government welfare. Meanwhile, people see that Congress hasn’t passed a real budget since Google was operating out of a garage (1997). Then they see those same politicians blaming everyone else for the collapsing economy and constantly asking for more taxes because the government can’t get control of its spending.

You can hear it in the voices of those trying to explain to their families why they can no longer afford to do the things they used to; their healthcare premiums have gone up; college tuition is skyrocketing; their homes are worth a fraction of what they paid for them; food prices keep rising; credit cards are maxed out; and inflation-adjusted wages are less than what they were a decade ago.

And you can see it in the record gun sales. And the rise of “Doomsday Preppers” and militias. People are afraid of each other. But worse, many are afraid of an intrusive government that taps their phones, monitors their conversations, peeps on their Internet usage, reads their email, tracks their financial transactions, spies on them in their own homes—and threatens to take away constitutionally-encoded rights. Meanwhile they see police forces bulking up with armored vehicles, grenade launchers, unmanned drones and other military equipment. They see the president allowing the cia and military to drop bombs from drones, killing Americans in foreign countries without due process—or any civilian or judicial oversight at all.

Does anyone really wonder why it is increasingly only the ignorant and oblivious that trust the government anymore?

This country is about to tear itself apart. And the one institution that could prevent it is sadly the biggest cause for it.

Something is wrong with America’s government. Four out of five Americans feel it. Thirty percent are even angry about it. But do you know what to do about it? Read our free booklet America Under Attack. It reveals the hidden cause of society’s deadly decline and exposes the attack from within.