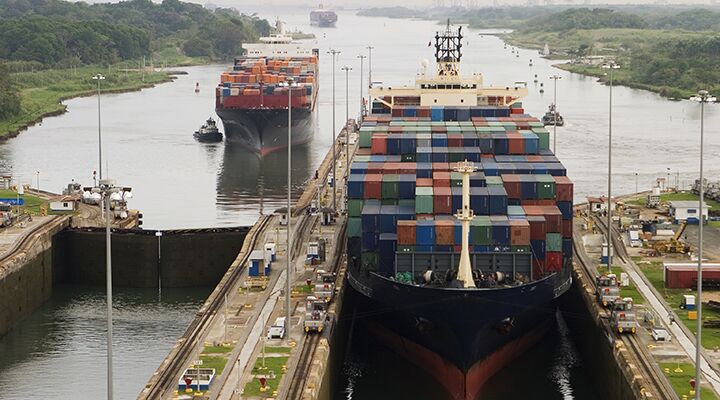 Almost 33 million barrels of oil per day—more than 40 percent of the world’s supply—pass through six relatively narrow shipping lanes known as chokepoints. Were any of these chokepoints to be blocked or closed off, it would impact oil prices significantly.

It is amazing to consider that all of these strategic sea gates were at one time controlled by Britain and the United States! The Bible prophesied that they would be. Speaking to Abraham, God said “[Y]our race shall possess the gates of its enemies” (Genesis 22:17, Fenton translation). But God also forewarned that these gates, along with world dominance, would be stripped away from disobedient progeny (Deuteronomy 28:52). And they have been! To learn more, request your free copy of The United States and Britain in Prophecy.

• The Suez Canal/Sumed Pipeline complex connects the Red Sea to the Mediterranean Sea. It is a critical chokepoint for Europe. Its closure would mean that oil tankers from the Persian Gulf on their way to Europe would have to be diverted around the southern tip of Africa, greatly increasing transit time and cost, and effectively decreasing tanker capacity.

• The Turkish Straits connect the Black Sea to the Mediterranean Sea. The straits are only a half-mile wide at the narrowest point and are one of the world’s most difficult channels to navigate. Russia’s oil is exported primarily through these straits. Turkey, concerned about navigational safety and potential environmental disasters, imposed new restrictions on oil traffic in 2002.

• The Strait of Hormuz is by far the most important chokepoint. It is the outlet for at least 13 million barrels a day of Persian Gulf oil. Control of three strategic islands in the Strait of Hormuz is disputed between Iran and United Arab Emirates, although Iran has taken steps in recent years to strengthen its hold on the islands—and therefore the strait.

• The Panama Canal and Trans-Panama Pipeline connect the Pacific Ocean to the Caribbean Sea and Atlantic Ocean. While the canal is owned by Panama, the entrance ports are controlled by a Chinese firm. It is an important passageway for Alaskan oil on its way to the U.S. Gulf Coast. Without it, tankers would have to be rerouted all the way around the southern tip of South America.

• Bab el-Mandab connects the Red Sea to the Arabian Sea. It is controlled by Yemen. Tankers from the Persian Gulf go through Bab el-Mandab on their way to the Suez Canal/Sumed Pipeline complex and the Mediterranean Sea. Without this access, Persian Gulf oil would have to be rerouted around the southern tip of Africa, a problem especially for Europe.

• The Strait of Malacca connects the Indian Ocean to the South China Sea and Pacific Ocean. It is controlled by Malaysia and is the key chokepoint in Asia. The strait is strategically most important for China because of China’s growing need for oil from the Middle East and its developing oil investments in Africa.