Amid all the praise for the ‘Rainbow Nation’s’ former president, much has been left unsaid. 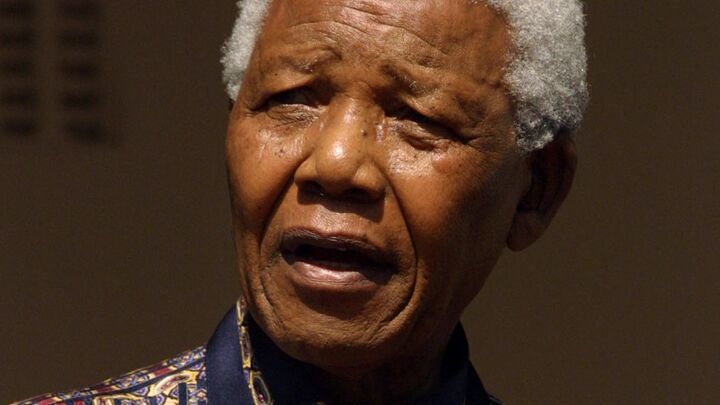 Amid all the praise for the ‘Rainbow Nation’s’ former president, much has been left unsaid.

In December, the world honored Nelson Mandela as one of the greatest heroes of our time. More than 90 heads of state honored Mandela at his memorial service, one of the largest in history. U.S. President Barack Obama called him “the last great liberator of the 20th century.”

Yet amid all of this praise for a man who helped bring down the white government in South Africa, almost nobody mentioned the nightmare that is South Africa today: crippling poverty, a collapsed educational system, brutal attacks on white farmers, escalating sexual assaults on little girls, an aids epidemic, and on it goes.

Then there is Mandela himself. He was known for being a “political prisoner” for 27 years. But why was he in prison?

Before becoming South Africa’s post-apartheid president in 1994, Nelson Mandela headed up a terrorist organization that was responsible for thousands of deaths—most of it black-on-black crime. Mandela also had strong ties to communism, an ideology responsible for more death and destruction over the last century than any other political movement.

And yet, Mandela once said, “If there is a country that has committed unspeakable atrocities in the world, it is the United States of America. They don’t care for human beings.” This view did not stop many American leaders from comparing Mandela to Washington, Lincoln and Gandhi.

A more accurate comparison would be with Yasser Arafat, the former-terrorist-turned-statesman whom the West enthusiastically embraced. Mandela’s take on Arafat? “[O]ne of the outstanding freedom fighters of this generation, one who gave his entire life to the cause of the Palestinian people.”

Mandela once said, “Under a Communist Party government, South Africa will become a land of milk and honey. Political, economic and social rights will cease to be enjoyed by whites only. They will be shared equally by whites and non-whites. There will be enough land and houses for all. There will be no unemployment, starvation and disease. Workers will earn decent wages; transport will be cheap and education free.” This empty promise highlights another buried angle of the true Mandela: his failure as a president.

Truly, Mandela’s election in 1994 ushered in a new era that could have been much more violent at the start. He has been profusely praised for not seeking revenge on his jailers. Most have also praised him for the fact that he voluntarily chose to step down in 1999, which is very unusual in African nations.

But besides these noteworthy achievements, “people exhibit an extraordinary amnesia,” writes R. W. Johnson. “His presidential term started with the Shell House shootings, when [African National Congress] militants on the roof of the anc’s headquarters used AK-47s to gun down Inkatha marchers in the streets of Johannesburg. Mandela simply refused to hand over either the murderers or their weapons, and attempted to justify this wholesale murder. Then, early in his term, the government laid off all the country’s most experienced teachers, a blow from which the school system has never recovered” (National Interest, Dec. 10, 2013).

Before he stepped down, Mandela gave a radical speech implying there were vast conspiracies in place seeking to overthrow the government. This landmark speech paved the way for his successors to implement brutally repressive measures.

Today, South Africa is in shambles. It is far more violent than it was under apartheid. It hasn’t gotten better over the past two decades—it’s gotten much worse.

In 1980, there were 128,000 commercial farmers in South Africa. Today, there are 40,000. About 200 white farmers have been murdered every year since the end of apartheid in 1994. According to Genocide Watch, 3,000 white farmers have been killed by blacks. Many of these killings have been unbelievably gruesome: victims disemboweled or dragged to death behind vehicles, mothers raped in front of their children, babies boiled to death in hot water.

Twenty whites per day are murdered in South Africa—70,000 since 1994. That murder rate is more than 100 times worse than in London.

This is the true “legacy” that began with Nelson Mandela in 1994.

“If you’re shocked that you haven’t heard anything about this, don’t be,” Selwyn Duke wrote at American Thinker on December 16. “It’s even less politically correct to talk about the extermination of whites than that of Christians, who are currently persecuted in many Muslim lands. The SA police often aren’t interested in investigating crimes against whites (especially since they perpetrate some of them), and the Western media were only concerned about reporting on SA whites when they could be demonized.”

For more than two centuries, it was the English-speaking peoples—descendants of ancient Israel—who dominated much of the world because of the promises of prosperity and power that God made to Abraham. But beginning in the mid-20th century, after having fulfilled His promises, God started removing those blessings, and the world has turned upside down. This is why conditions in South Africa—and all over the world—have taken a dramatic turn for the worse. To read more about what the future holds for this disintegrating nation, read our booklet South Africa in Prophecy).