There’s a lot of bad news—but it is dwarfed by the vision of what lies beyond it. 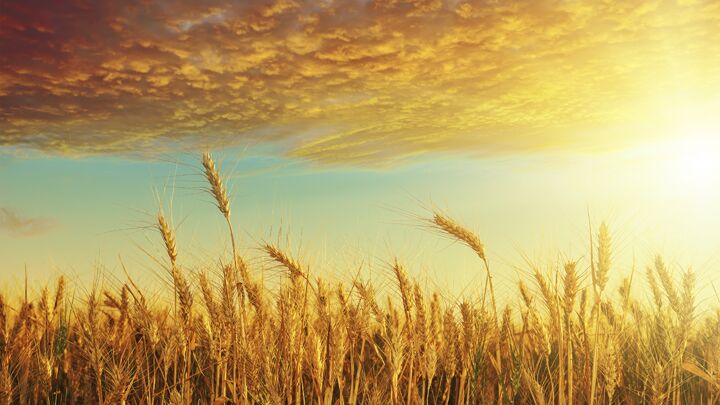 There’s a lot of bad news—but it is dwarfed by the vision of what lies beyond it.
From The January 2014 Philadelphia Trumpet
View Issue FREE Subscription

This Trumpet issue has painted a grim picture: The unparalleled decades of American dominance and prosperity are coming to a bitter end, and no one will escape the effects of the calamity. What’s worse is that the nation’s demise can no longer be stopped. Our readership has been warned of the impending disaster and also shown its inevitability. The U.S. will continue its downward spiral, and the nation will fall as the Gentiles exercise dominance over the entire Earth. That is the message the Trumpet delivers, supported by both world events and Bible prophecy.

Yet, the very fact that you are reading it should fill you with hope!

Though it is truly a time of despair, these crises signal the greatest event that will ever transpire on Earth, and God is showing these signs—this fantastic warning of hope—to you.

God gives the command to warn for a reason: He wants people to repent. In His loving mercy, He will do anything possible to spare us from the terrible times that are coming. A warning is the only hope anyone has of being spared—and it is a warning that the Trumpetmust deliver.

The book of Jonah tells the story of a city named Nineveh that was about to be destroyed because of its sins. God sent a prophet, Jonah, to warn the city of coming destruction. Initially, Jonah fled from that duty. Who would want to carry such an unpopular message? But as this example shows, if God’s warning is not given—if the messenger does not deliver the warning God gives him—he just might end up in the belly of a whale. God requires that His warning be delivered.

Imagine if God had allowed Jonah to shirk his duty. What if Jonah had just given a message that talked only about the glorious future ahead, without the warning? Nineveh would have been utterly destroyed. The people may have looked for the fabulous future God’s prophet had told them about, but found only terrifying destruction.

But what amazing results Jonah’s warning had. The entire city’s inhabitants, under the direction of their leaders, humbled themselves in sackcloth and ashes, fasted before God, and truly repented. The city was spared the fate about which they had been warned. This was—and remains to this day—the only time in history that a Gentile city has repented before God. What an example of hope they left. What beautiful results God’s warning brought about. (For more information, request a free copy of our booklet about Jonah.)

The nations today are in the same situation Nineveh faced nearly 2,800 years ago: filled with sin, and on the brink of destruction. The warning is being delivered. If even one nation would repent, God would spare it as surely as He did Nineveh.

There is, though, such a thing as a point of no return—and the U.S. has passed it. This nation has rejected the forgiveness that God offered. (You can read about this in our free booklet Lamentations: The Point of No Return.)

But what about you?

The Bible gives only one example like that of Nineveh, but it is filled with examples of individual repentance. If we look to God for deliverance, He can protect us just as surely as He protected Daniel from the jaws of the lions. He can bless us in our individual lives as He did Abraham, Isaac, Jacob and so many others.

The Kingdom of God is coming. Prophecy gives us a vivid portrayal of how drastically different world conditions will be when God’s laws are obeyed. Swords will be beaten into plowshares. There will be no more war, no more poverty. Children will play in the streets without fear. Deserts will blossom as the rose. Everyone will live the way of give, so competition, wrong business practices and other evils will be things of the past. Religious instruction will flow from Jerusalem, given by Jesus Christ Himself. Religious bickering will be eliminated, and the Church will finally have perfect unity. All nations will obey the King of kings.

At that point, there will no longer be a need for a warning.

But in order for this time of peace and prosperity to come, the sin that saturates the world today must be wiped away. Mankind must see what dreadful results our 6,000 years of self-rule have created. The evil must be removed for mankind to truly live the abundant life—for the godly way of life to cover the Earth.

The horrors of the Great Tribulation will lead into the millennial rule of Jesus Christ, the greatest time of peace and prosperity that has ever been. Until then, both the message of God’s soon-coming Kingdom and the warning simply must go out, as they did in Jonah’s day. This warning is filled with hope!