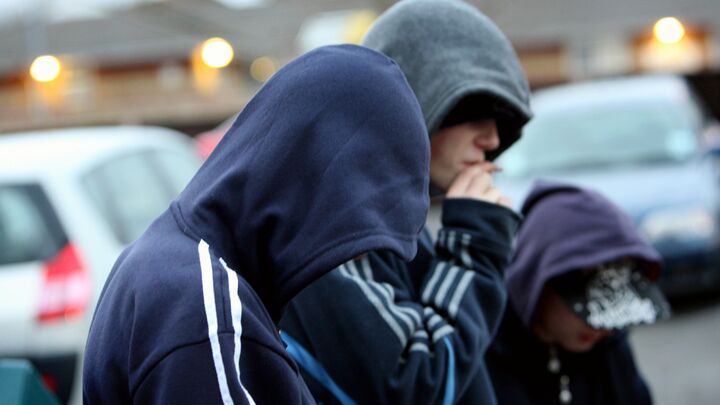 “Few people stop to realize to what extent the teenagers have taken over today. They pretty well dominate the world picture.” Herbert W. Armstrong wrote those words in a book called God Speaks Out on ‘The New Morality’—45 years ago!

Today, American teens spend an estimated $200 billion every year—an eye-popping figure that makes marketers and advertisers salivate. According to one report several years ago, the food and beverage industries alone spend between $10 and $12 billion per year marketing to youth.

Marketers target young people not only for what they spend directly, but also for what they influence adults to spend. American children goad their parents into spending another estimated $200 billion per year. “Virtually the entire media-entertainment industry today depends for its economic survival on capturing the ‘teen dollar,’” Marcel Danesi wrote in Forever Young—the Teen-Aging of Modern Culture. “For this reason, it caters primarily to the adolescent market. There is a veritable synergy today between that industry and adolescent lifestyles—they influence each other in tandem.”

Yes, indeed. Teenagers pretty well dominate Western culture. And what many do not realize, as Mr. Armstrong wrote almost a half century ago, is that this adolescent influence on Western society is predominantly sexual and violent. Mr. Armstrong saw the beginning stages of a society-wide cultural revolution spearheaded by teenagers—and where it was leading.

There are close to 30 million teenagers in America, and that number is growing every year. That would be an encouraging trend in a godly society. After all, God intends children to be a blessing to their parents (Psalm 128:3) and to society (Proverbs 20:29; 1 Timothy 4:12).

However, as latter-day prophecy points out, our youth are a burden on society. Instead of helping to build it up, our own offspring are tearing it down. Isaiah 3:12 describes our children as oppressors.

This prophecy is being fulfilled in two ways, primarily. In a literal sense, youth are oppressing society by their rebellious disregard for adult authority (see verse 5). The average Western young person has a rebellious, disrespectful attitude toward his elders. In extreme cases, it can become violent. Teens are committing a shocking number of the nation’s crimes, which is why our prison system is filled with young people.

The other fulfillment of this prophecy is even deadlier. It’s described in verse 4: “And I will give children to be their princes, and babes shall rule over them.” God isn’t just talking about children with respect to age, but also the way adults are ruling. Even our adults are acting like children! Read the first three verses of Isaiah 3 to see all the qualities of leadership that have vanished from our society: vision, prudence, judgment, wisdom, honor and eloquence. In this prophecy, God foresaw the near-extinction of mature-minded, biblically oriented qualities of Christian leadership. And it’s because, in far too many cases, our leaders in the home, education, business and government have degenerated to a child’s level of understanding. Instead of preparing our children for the responsibilities of adulthood, we adults are acting like children.

A widely reported phenomenon among youths is the growing length of time it takes them to transition into adulthood. Well into their 20s, they simply don’t want adult responsibility. The American Psychiatric Association has gone so far as to define the stage of adolescence as a period extending from puberty to age 34. In other words, adolescence today lasts about three times longer than it did just a few generations ago.

Jesus Christ—the most mature and gifted teacher there ever was—sacrificed His life for the world at age 33. What does He think about our immature, teen-dominated, sexually perverse, violent culture?

Even religion is dumbing its message down to attract younger crowds. Though many Protestant and Catholic denominations are seeing their congregants leave—especially young ones—evangelical megachurches are booming because they are adapting to “contemporary culture,” punching up their worship services with rock concerts and boutique coffees. This is not an encouraging trend.

“It’s the commercial media entertainment economy at work,” wrote Danesi in Forever Young. “Age is now considered a disease. Youth sells. There’s a big emphasis on having it all: good living, keeping your youth, having as much fun as you can. It’s empty because there is no wisdom behind it.” Worse still, he goes on to explain, “It’s a cultural disease. And now we’re into the final silly stages.”

Seven years after Mr. Armstrong first published God Speaks Out on ‘The New Morality,’ he updated and revised the text under a new title: The Missing Dimension in Sex. If you don’t have a copy, request one immediately. Its pages reveal the only safe passage out of our sin-sick youth culture.