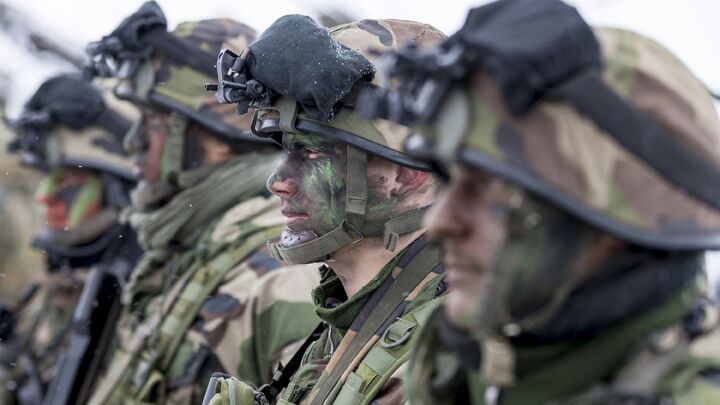 German plans include forming a combined air force with the Netherlands and the Czech Republic.

Rather than create a European army all at once, Germany should focus on building it bit by bit, according to a paper published this month by the Konrad Adenauer Foundation (kaf). Germany should develop “islands of cooperation”—small groups of countries whose militaries work together—that can be used as “building blocks” of a pan-European military power, it wrote.

To dedicated Trumpet readers, this should sound very familiar. It is exactly what we described Germany doing in the August print edition of the Trumpet. Now you can read it in black and white, from a think tank that describes itself as “closely associated with the Christian Democratic Union of Germany (cdu)”—the party of Angela Merkel.

As noted in the August article, persuading all 28 nations of the EU to sign over their sovereignty and merge their armies into one force has been taking far too long. Germany wants results now.

The kaf’s paper laments the fact that progress toward substantial military cooperation had stalled “mainly due to the lack of political and various different reservations of the European countries.” To get around this obstacle, it suggested encouraging smaller groups of nations to make their own agreements “as a gradual approach to the long-term goal of complete defense integration.” Rather than give up control of their military to the EU, nations could instead share aspects of the military with two or three neighboring nations, gradually getting accustomed to the loss of sovereignty until they later give it over to a larger European entity.

The kaf sees the “islands of cooperation” approach as “only the second-best solution” compared with a combined European military. Germany still wants build a combined military if it can; the “islands” approach is simply more practical right now.

The report clearly demonstrates the enthusiasm for a combined European army from some of Germany’s most influential strategic thinkers. But there is also much enthusiasm for the idea within the United States.

The kaf listed three reasons why Europe should work together to improve its military. One of them is, “The upheavals in the Middle East, North Africa and the developments in the Sahel, the Horn of Africa and the Caucasus.” The other two revolve around America.

The paper noted the “decreasing willingness of the United States … to resolve military conflicts … in the European environment, forcing the Europeans to take on more responsibility … for the stabilization of their neighborhood.” It also warned of America’s “discontent” that Europe is not doing more within nato.

America is pushing Europe to develop this common military.

nato’s Secretary General Anders Fogh Rasmussen is constantly demanding that Europe do more. Just last month, in a speech in Brussels, he said, “I believe that European nations can, and should, do more, to match America’s commitment.”

The kaf produced this paper ahead of a European Council Summit in 2013 that will focus on Common Security and Defense Policies (csdp) for the first time since 2003. It could be a very important summit. Think tanks, governments and multinational institutions have all been producing papers and statements in anticipation of the meeting. Several EU nations want fast progress on defense cooperation. Events in North Africa and the Middle East, along with the retreat of America, have given this summit an urgency that all previous meetings lacked.

Of course several nations, most notably Britain, are dead-set against a European army. But even Britain’s opposition is softening. Courcy’s Intelligence Service recently drew attention to a speech by a government spokesman for Britain’s Foreign Office, William Wallace, given at Kings College London, September 19.

“Today there is in London a genuine desire and commitment to making csdp as effective as possible in supporting international security and protecting Britain’s and Europe’s borders from potential threats,” said Wallace. “We are now increasingly aware of the helpful role the EU can play in bringing to bear the common will of 28 of the world’s most advanced economies.”

What Britain wants still falls far short of the ambitions of Germany. But it signals that the UK may be more willing to compromise.

Nonetheless, the EU has a long track record of fruitless meetings, and the December summit could still follow in this pattern. But what the kaf’s paper demonstrates is that even if the summit is a waste of time, Germany is determined to move on toward a European army regardless.

For more information on Germany’s efforts to build this army and the progress it has made so far, read our August article “Under Construction.”