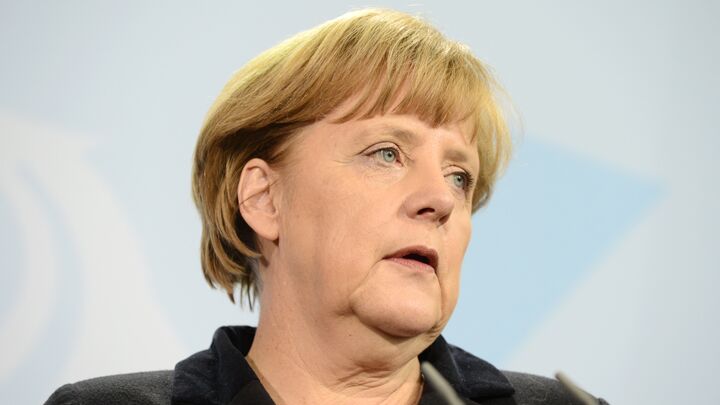 As half the world discusses war in Syria, once again German Chancellor Angela Merkel has decided to sit things out. While she’s made clear that she supports America in principle, she isn’t prepared to do anything about it.

It was same with Libya. The only difference is that back then, Merkel lost some popularity for offending America—she was seen at home as having handled the crisis badly. So this time, she’s trying to do nothing while appearing more supportive.

But there’s a growing body of opinion within Germany that says the nation should be more assertive—that it should stop avoiding military conflicts and instead step into the global void in leadership.

These voices were epitomized by two important articles, published in the space of two days.

Former German Defense Minister Karl-Theodor zu Guttenberg co-wrote one of these with Ulf Gartzke, head of the Washington office of the Hanns-Seidel-Foundation, in the New York Times on August 30.

Titled “Syria Tests Germany’s Culture of Reluctance,” the article argued that Germany’s decision to side with Russia and China and against the West in Libya meant that although the nation is “an economic powerhouse,” it was seen as “a pygmy in foreign and security affairs.”

The two men criticized the German leader’s belief that Germany could use economic power alone to influence the world.

“While the reasons for Germany’s approach seem understandable, both in terms of the country’s past and the natural desire of political leaders to win, following such an approach in the high-stakes realm of foreign and security policy carries a potentially steep cost in international influence,” they warned. “While it will take a long time for Germany to move beyond its deeply entrenched culture of reluctance, taking a stronger, more principled stance on Syria today would be an important step in the right direction.”

A day earlier, Ullrich Fichtner, an experienced and award-winning German journalist, made similar points in an essay published by Spiegel Online.

He showed how Germany has grown into a popular nation, and that countries and individuals around the world are crying out for German leadership. Germany’s response, in Fichtner’s words: “We Germans? Exercise power? Take action? Lead?”

He berated Mrs. Merkel for her lack of leadership on Europe, saying that no one in her administration “has given a single memorable speech on the subject of Europe in the last four years.”

This, Fichtner believes, has to change. “For a country as important as Germany, getting involved is a duty, not a choice,” he wrote. “The role of being an active player falls on us, whether we want it or not.”

He concludes by writing:

When it comes to foreign policy, Germany is oddly idle. Germany is being administered, not governed. It could be a soft giant, but when it looks in the mirror, it still sees itself as a gray mouse. But that’s just an optical illusion.

Both articles underscore a point the Trumpet has been making for years. Germany has the power to play a huge role in the world. It just lacks the leadership.

Public opinion in Germany is solidly against getting more involved in conflicts like Syria. Angela Merkel, above all else, is an expert in following public opinion.

All it will take to change that is the arrival of a real leader.

As the de-facto leader of the European Union, Germany has the potential to be one of the world’s most powerful nations.

As Syria shows, America has power, but doesn’t know what to do with it, and doesn’t really want to use it at all. Russia is assertive, but there is more bluster than real substance there. And Germany, in the eyes of the world, holds the moral high ground.

Fichtner points out that from Poland to South Africa, from Israel to America, heads of industry, technology and government are crying out for more German leadership and are ready to support it.

But both history and Bible prophecy warn that the world should not welcome the return of German leadership. For more information on why, read our booklet Germany and the Holy Roman Empire.