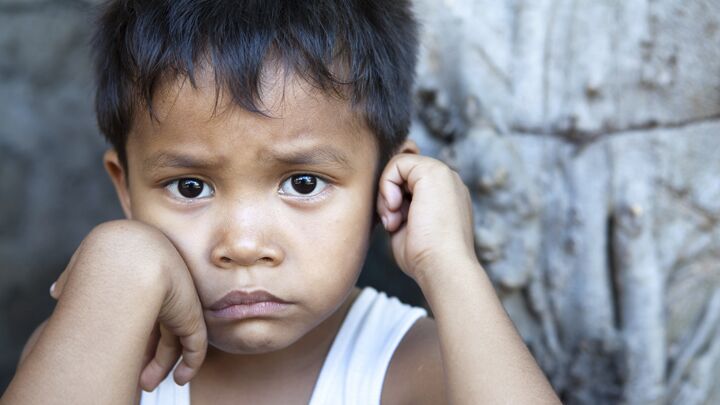 “Do you prefer working with people or things?” the question read on a career choice test I took when I was young. My response was “people.”

My eventual career in human resources required at least some study in psychology, which is where I soon discovered that the whole field of human behaviorists was infected by an anti-God, evolutionary rationale. For more than a century, this pseudo-science has claimed to offer answers to the most fundamental of human questions.

It now stands largely revealed as a fraud. Take the Diagnostic and Statistical Manual of Mental Disorders. First published in 1952, it is now in its fifth edition. It has become the global standard for describing, categorizing and treating mental illness. As the Economist claimed on May 18, it is regarded by professional psychologists as “holy writ.”

Yet the book “remains a flawed attempt to categorize mental illness. … In the eyes of many critics it is a vehicle for misdiagnosis, overdiagnosis, the medicalization of normal behavior and the prescription of a large number of unnecessary drugs” (ibid).

Despite these flaws, “[i]nsurers use it to decide whether or not to cover ailments. And diagnoses based on it determine whether people get special services at school; whether they qualify for disability benefits; whether they are stigmatized in their careers; even whether they are able to adopt children. Doctors, patients, drug companies and insurers have all thus been waiting for the latest edition of what has become known as the psychiatric bible” (ibid).

Allen Frances, the lead psychiatrist for the fourth edition, declares in a piece he wrote for the Huffington Post, “The publication of dsm-5 is a sad moment for psychiatry and a risky one for patients. My recommendation for clinicians is simple. Don’t use dsm-5—there is nothing official about it, nothing especially helpful in it …” (May 16). He admits that the psychologist’s bible has “not stopped the rise in the number of allegedly recognizable and nameable mental conditions, many of which annex into psychiatry things that the man in the street would think normal, if not always desirable, behavior.”

One of the saddest situations has to do with psychologists’ diagnosis of child behavior. Following Dr. Benjamin Spock’s admission that his works on child rearing were quite wrong and had produced an undesirable result in the baby boomer generation, today’s psychologists are categorizing common child behaviors as “illnesses.”

adhd, for example, has been a childhood “illness” for decades. And as the Economist notes, “Children may now, for example, be diagnosed with ‘disruptive mood dysregulation disorder’ [dmdd]—what used to be known as temper tantrums.” When I was a child, the schoolteacher quite correctly identified these “disorders” as resulting from poor parenting. Children who were well disciplined at home were well disciplined at school and were able to learn. And we used to have a way of dealing with “dmdd” that really worked: Proverbs 13:24.

More than one in 10 American children have been diagnosed with adhd or dmdd and have been prescribed drugs to counter the “illness.”

Almost 40 years ago, when I began studying psychology as a student, I could not help but note that the names at the forefront of this field were Germanic. From Wilhelm Wundt, most often identified as the “father of psychology,” to Hermann von Helmholtz, Gustav Fechner and Ernst Weber, many early authors of psychology textbooks had a uniquely Teutonic tone and hailed from the school of German rationalists. That same school discounted biblical revelation and replaced that foundation with its own pseudo-science: the theory of evolution.

Then came Sigmund Freud, right when the industrialized modern world was kicking over the traces of traditional norms of behavior, the epoch known as the “gay ’90s”—with his perverse theories on dreams. And on the other side of the pond, American philosopher and psychologist William James exerted his influence on a generation of Harvard graduates. Freud and James influenced intellectual circles powerfully from the 1890s through to the mid-20th century.

From the 1950s on, America became the hotbed of psychological theory and experimentation. Now, 60 years after the first edition of dsm, ignorance has bred still greater ignorance, to the point that the fourth edition’s chief editor declares the fifth edition as useless.

Here is the irony. Our “experts” on human behavior rely on an admittedly false text, diagnosing false “disorders” and prescribing false “cures.” Yet we have at our disposal a textbook written by our Maker! It contains the truth about human behavior and the purpose of human life!

Herbert W. Armstrong wrote a book based on this revealed knowledge called The Incredible Human Potential. It reveals the plain, simple truth: that your Creator desires for your life to be filled with success, free of “science falsely so called” (1 Timothy 6:20). It describes the truth about the enigmatic human brain and, even more importantly, the human mind.

If you sense that something is missing—if not terribly wrong—with psychology and psychiatry, you owe it to yourself to consider this eye-opening, Bible-based book. It shows that there is a pharmaceutical-free, clear, trustworthy, inspiring manual out there that contains guaranteed diagnoses and cures for human behavior: the Word of God, our Maker’s own textbook for success in this life!