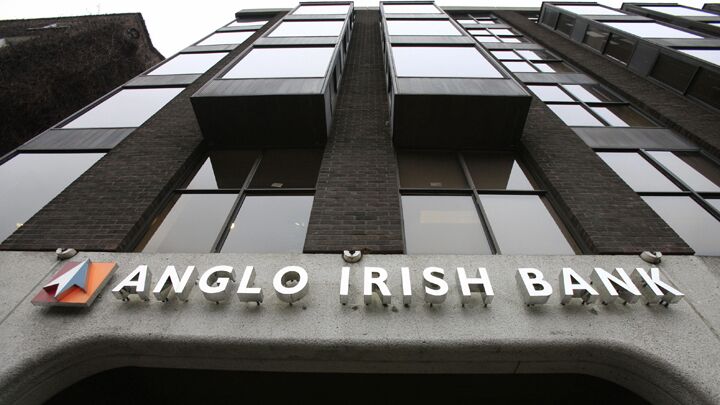 Ireland had to submit to a humiliating bailout in 2010. Now secret tape recordings indicate the bailout may have been caused by senior bankers misleading the government.

Ireland’s top bankers appear to have misled the government in order to get their bank bailed out, according to confidential phone recordings published in Ireland’s Independent June 24.

These are not the mid-level bankers that we heard joking in the libor scandal—these men are right at the top.

Many of the recordings feature these men laughing about how broke their bank was and how much money they needed from the government. But the most condemning is labelled “Clip 3: The Strategy.”

Here’s the context: Anglo Irish bank went to the Irish government and said it needed a loan of €7 billion. Without it, it would go bust. Since this would mean Irish citizens losing their money, and the government having to spend billions helping them out, the government couldn’t let that happen.

Instead of lending the money, the government guaranteed all the money given to Irish banks—meaning that if the banks went bust, everyone would get their money back, even those not covered by existing guarantee schemes. Based on the information given to it, it thought this would fix the problem.

But as time went on, it became clear that Anglo Irish Bank was in worse shape than the government realized. In January 2009, the government had to nationalize it. The government now became responsible for the bank’s bad debts. Even the government couldn’t cope with these, so it had to submit to a bailout in 2010 with all the conditions and loss of sovereignty that it entailed.

Now back to “Clip 3: The Strategy.” In it, Bowe describes why they asked the government for €7 billion. Bowe explains: “Yeah, and that number is seven, but the reality is that we need more than that. But the strategy here is you pull them, you get them to write a big check, and they have to keep, they have to support their money.”

He continues: “If they saw, if they saw, the enormity of it up front, they might decide, they might decide they have a choice. You know what I mean? They might say the cost to the taxpayer is too high. But … em … if it doesn’t look too big at the outset … if it looks big, big enough to be important, but not too big that it kind of spoils everything.”

So Bowe picked a number that wasn’t so big that it scared the government, but large enough that it wouldn’t want to lose the money. After that, it would be willing to keep handing over more money so it wouldn’t lose its initial investment.

It didn’t quite work out like that. The government believed the €7 billion figure, and thought it could solve the problem by guaranteeing the bank’s deposits. A few months later it realized the €7 billion was made up and the rest, as they say, is history. The bank ended up requiring €30 billion.

He went on to say: “So under the terms that say repayment, we say; ‘No ….’” Both he and Fitzgerald laughed.

The executives insist they didn’t mislead the government, though Mr. Drumm apologized for the tone of the discussions.

One of the core messages of the Trumpet is about blessings and curses. Living a moral life brings blessings, not just on an individual level, but on a national level too. Immorality brings curses.

These recordings seem to show a concrete example of this in practice. The immorality of a few men directly led to the whole nation being bailed out by the EU and having to submit to Germany’s conditions.