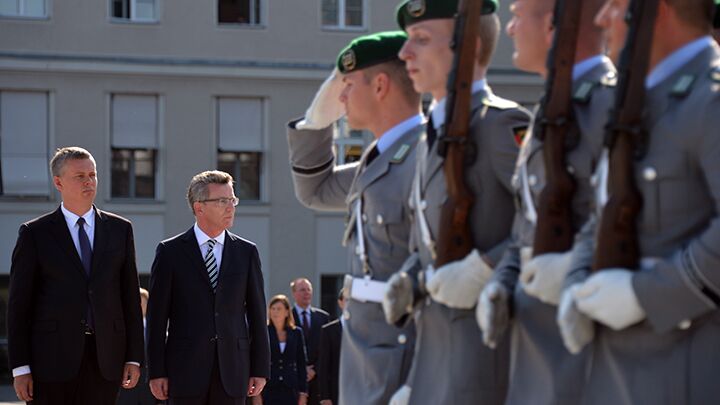 German Defense Minister Thomas de Maizière signed a memorandum of understanding with his Polish counterpart Thomasz Siemoniak for closer cooperation between the two countries’ navies, on May 27. The agreement paves the way for 28 joint projects, including joint monitoring of the Baltic Sea, combined training missions and perhaps cooperation in shipbuilding. A statement on the Polish Navy’s website said it was largest cooperation “by far” between the two navies.

“We have long become friends—today we are real partners in the Baltic Sea and beyond,” said de Maizière.

“This is a completely new quality of cooperation in the Baltic Sea … for both of our countries in nato and the European Union,” he said.

Just like the Netherlands’ recent decision to put its paratroopers under German command, this cooperation is driven partially by financial considerations. “Together we are stronger for sure,” said Siemoniak, adding that together the two nations could “better spend our taxpayers’ money on defense.”

Siemoniak said this cooperation with Germany was part of the Polish Navy’s plan to modernize by 2030.

The two countries will begin to implement the joint projects in June. “By signing the letter of intent to deepen defense cooperation, the two countries not only highlight the special relationship, but at the same time they want to give new impetus to the cooperation in the future,” said a press release on the German Navy’s website.

But, as Die Welt points out: “Letters of intent are a pleasant thing. The thought that counts, not the result.” Nothing has actually happened here—Germany and Poland have agreed that they want things to start happening.

But there seems a good chance the two nations will follow through. They have a good track record on defense cooperation (but only if you look back 20 years, not 70). There’s a good chance these agreements will sow the seeds of yet more cooperation as the EU’s economic problems force militaries to work more closely together.