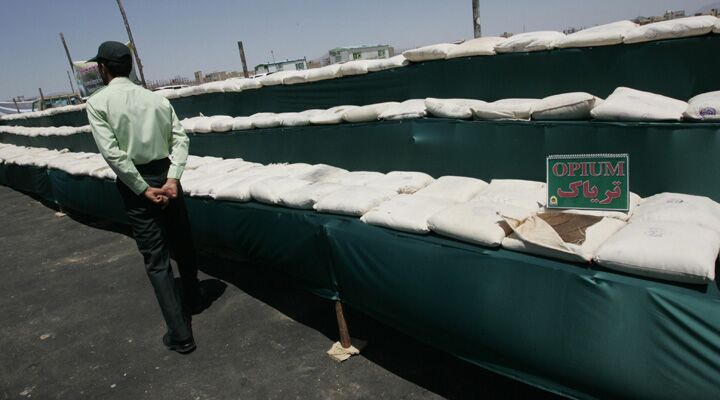 As the United States and Europe attempt to cripple Iran with more sanctions, Iran is shedding the burden through the booming drug trafficking and smuggling trades. Both industries have been thriving over the past year.

Iran borders Afghanistan and Pakistan, both of which export opium to Iran. With one of the highest opium addiction rates in the world, Iran takes in 700 tons of the crop per year. With its ideal geographical position on the drug route from Afghanistan to Europe, Iran facilitates the trafficking of a further 1,300 tons of opium through to the Caucasus and into Europe.

Iranian officials admit the country is in the midst of a serious drug problem, yet they appear powerless to slow its momentum. There is approximately one ton of narcotics confiscated every day in Iran. Thirty drug traffickers or addicts are arrested every hour. According to Gen. Ali Moayedi, the head of Iran’s anti-narcotics police, over 200,000 people have been detained in relation to trafficking or addiction in the past nine months. In 2012, at least 76 people were executed for drug-related felonies. Iran has the highest rate of opium seizures in the world, accounting for 89 percent of worldwide arrests and confiscations of the substance.

Opium isn’t the only drug that is coming in and out of Iran.

Over the last few years, Iran has experienced a surge in the number of seizures of high-purity crystalline methamphetamines. Iran seizes 41 percent of the world’s heroine and morphine. The seizures are not a result of the police forces and anti-narcotics units getting any better at their job. Rather, the drug trade is actually getting bigger, meaning there are just more drugs to be seized. Captured drug traffickers operating through the Caspian Sea to Iran’s north have been found with high-tech, military-grade equipment including U.S.-made night-vision goggles. Heavy weaponry has been used to blast through checkpoints, and hundreds of border police have died in clashes with drug-related gangs. As the police force increases its efforts to catch the perpetrators, it is frustrated by increasingly well-equipped traffickers.

The U.S. is becoming increasingly frustrated with Iran’s response to the rise in trafficking. It claims Iran is only monitoring what is coming in, not what is going out. As long as Iran contains the amount of illegal drugs flowing in from Afghanistan and Pakistan, it can keep an eye on their dispersion within the nation. When narcotics flow out of Iran, they don’t have the same detrimental effect. On the contrary, they provide the sanction-shackled Iranians with a lucrative income that the U.S. can’t regulate. “The region could be the poster child for the nexus of crime and corruption,” said deputy director of the Terrorism, Transnational Crime and Corruption Center, Richard Kauzlarich (Washington Post, November 1).

With the U.S. unable to influence the drug trade, and Iran’s neighbors getting frustrated by Iran’s lack of cooperation in tracking drug shipments out of the country, illegal cross-border trade has become a booming business.

Aside from drugs, the Iranian economy is being assisted by the smuggling of goods. Iranians import electronics and household items—anything from a toaster to a tv—and they often come in illegally from neighboring countries. To purchase goods that have come into the country legally means paying an extra 25 percent compared to buying the same goods brought in illegally. When stores restock with illegal goods, they avoid high fees from the government, and can sell their merchandise cheaper.

If the smuggling system wasn’t there, Iranians would be brought to their knees by the cost of daily needs. That would in turn serve to hinder the government in its push for nuclear weapons. That is what the U.S. and Europe are trying to achieve at the moment, but are hampered by factors such as the illegal trade that Iran engages in.

Smuggling isn’t the only way goods are passing over the border. In the past year, the rial (Iran’s currency) has plummeted 50 percent. With the value so low, people are taking goods, and even food, across the border where they can sell them for a greater profit.

This pales in comparison to the amount of smuggled gasoline and diesel that leaves the nation. Every day, 7-10 million liters (approximately 2.6 million gallons) of gasoline and diesel is smuggled out of Iran illegally. This provides an incredible cash flow for the Iranian economy. Diesel will fetch 3,500 rials per liter (.26 gallon) in Iran. It will fetch 35,000 rials in a neighboring country. Some experts are saying that the smuggling of diesel is actually more profitable to Iran than its booming drug trade.

As long as Iran has the means to sidestep sanctions, it will continue to do so. When the sanctions don’t bite as they should, Iran’s nuclear program progresses. The Trumpet has long forecast the West’s inability to stop Iran pursuing the nuclear bomb. Read the article by editor in chief Gerald Flurry titled “A Clash of Civilizations Is Imminent” to see why Iran is not going to give up its quest for nuclear arms.