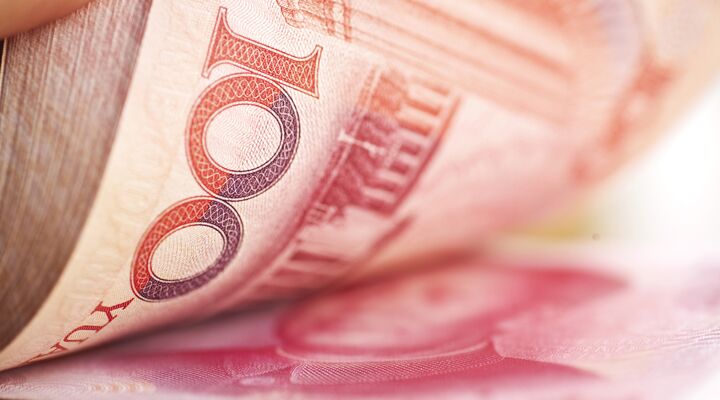 Australia knocks more support out from underneath the dollar.

The Reserve Bank of Australia has announced that for the first time it will invest in China by directly buying Chinese government bonds. Reserve Bank Deputy Governor Phillip Lowe was given the go-ahead by Chinese authorities to announce the approval to a business audience in Shanghai, on April 24.

Lowe said China had decided to approve Australia’s investment and that Australia would invest approximately 5 percent, approximately $2.1 billion, of its foreign currency reserves with the Chinese government.

“This decision to invest in China is an important one. It reflects the broader economic relationship between China and Australia and our increasing financial ties,” said Lowe.

Australia currently allocates 45 percent of its foreign reserves to the U.S., 45 percent to Europe, and the rest to Japan and Canada.

So if Australia is to allocate 5 percent to China, which assets will it sell?

Probably its U.S. dollar-based holdings. This will be a blow to America, but it is hard to blame Australia.

The Australian Department of Foreign Affairs reports that in 2012, 30 percent of Australian exports went to China, 7.8 percent went to Europe and only 5.6 percent to the U.S. Economically speaking, America is just a lot less important to Australia than it used to be.

Additionally, on April 10, Australia and China began using Chinese yuan—instead of U.S. dollars—for trade between the two nations. Prime Minister Julia Gillard said it was a strategic step toward further economic integration with China. It is also another reason for Australia to cut its dollar holdings.

America needs to wake up and understand that the dollar’s position as the world’s reserve currency is eroding.

“[O]ver the next 10 years, we’re going to see a profound shift toward a world in which several currencies compete for dominance,” wrote Barry Eichengreen, professor of economics at University of California–Berkeley, in 2011.

The three pillars supporting the dollar’s reserve currency status—the sheer scale of its financial markets, its traditional safe-haven reputation, and the dearth of viable alternatives—are crumbling, he said.

And the impact will spread far beyond the markets. It is America’s standard of living that is being threatened.

Of the three pillars, it is primarily the lack of viable alternative reserve currencies that most appears to be propping up the dollar.

China is now actively working to internationalize the yuan as a dollar alternative. But it is not the yuan that the dollar should most fear.

That may sound unlikely considering the current economic turmoil in Europe. But it is that very turmoil that has encouraged investors to hide their money in America. Once Germany gets Europe’s house in order, all that safe-haven money will exit America and head back into an economically and politically unified Europe—putting incredible pressure on that third pillar of U.S. dollar dominance.

The dollar’s days as the global reserve currency are numbered. Other nations will soon be vying for that title, and all the perks that go along with it.

The article “The Day the Dollar Dies” offers a glimpse at how fast the dollar could crash.