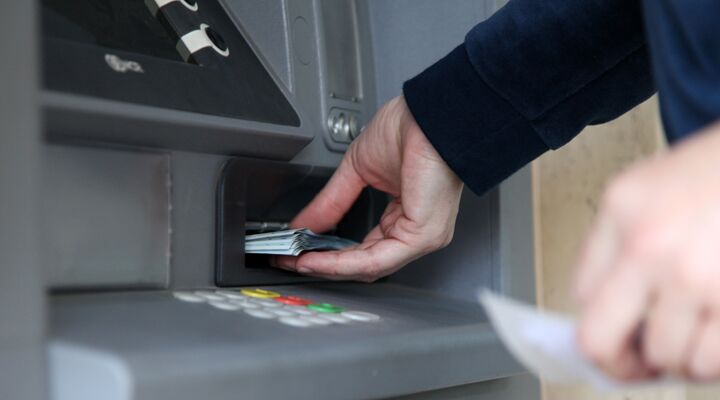 The Cypriot bailout agreed in the earlier hours of Saturday morning could be a game changer for the eurozone. It was a resounding victory for Germany, but the compromise reached could see banks collapse across Southern Europe.

Cyprus places Germany in a dilemma. The country needs a bailout of around €17 billion (us$22 billion) to avoid going bankrupt. To German elites, this is a great opportunity to gain control of one of the world’s most strategic pieces of real estate. But ordinary German taxpayers don’t care about this. They don’t want their money going to what they believe is a crooked banking system.

Saturday’s decision allows Germany to have its cake and eat it. The meeting of eurozone finance ministers decided to loan Cyprus €10 billion. The International Monetary Fund (imf) will probably also join in. But the bailout comes with a shocking and unprecedented condition.

Cypriots will have money taken directly out of their bank accounts. Monday is a bank holiday in Cyprus. By the time banks open on Tuesday, all depositors will have a chunk taken out of their account. Accounts with less than €100,000 will face a levy of 6.75 percent. Those with more, will be taxed at 9.9 percent.

This decision blurs the line between taxation and theft. If you had $10,000 of savings in a bank account—that you had already paid tax on—the government would take $675.

Even government members were surprised. “My initial reaction is one of shock,” said the head of parliamentary financial affairs committee, Nicholas Papadopoulos. “This decision is much worse than what we expected and contrary to what the government was assuring us, right up until last night,” he told Reuters. The current leadership has constantly promised there would be no tax on bank deposits. They have been forced into total surrender by Germany.

But this course of action could solve big problems for German Chancellor Angela Merkel. The deposit levy is expected to raise nearly €6 billion. It reduces the amount Germany will have to contribute, and German taxpayers are less likely to be hostile to a bailout if they see the Cypriots having to pay some money too.

Germany was reportedly behind this demand. “By many accounts, Germany entered the negotiations with a radical stance, arguing from the start for a large hit to depositors,” writes think tank Open Europe. “It is clear that, with elections looming, the German government is no longer willing to simply foot the bill to avoid contagion. This could be a very important turning point for the eurozone crisis.”

In addition to the bank levy, Cyprus will raise its corporation tax from 10 percent to 12.5 percent. Its low corporation tax has long been a sore point with many EU nations. Russia will also chip in by extending a €2.5 billion loan that it already gave Cyprus.

Savers will receive shares in the banks that are forced to take their money, but even so, Cypriots are incensed. Cooperative banks, which were open on Saturday, were forced to close as people rushed to get their money out. One man drove to his bank with a bulldozer, and threatened to take the money out himself. ATMs across the country ran out of notes as people tried to withdraw all the money they could.

But the aftereffects could be disastrous. Spanish leaders insist that this is a one-off imposition. But leaders said the same thing about bond haircuts in Greece, which EU leaders have considered imposing elsewhere. Dutch Finance Minister Jeroen Dijsselbloem, who chairs the group of eurozone finance ministers, refused to say that the tax would not be repeated.

Spain has already been facing a slow-motion bank run, with savers steadily withdrawing their money. Spain, Italy, and even nations like France, Belgium and Austria could be next to request a bailout. Would you keep your money in a Spanish bank if you thought there was a chance that the EU might help itself to some of your cash? And if people start withdrawing their money from Spanish and Italian banks en masse, it will bring down their banking systems.

The EU bailout fund isn’t big enough to bail out these two countries simultaneously. The resulting panic could bring down the euro.

Even if Spanish savers don’t rush out to get their money next week, they will be far more keen to do so at the first hint of trouble anytime in the future.

“The move was apparently pushed by the Germans,” writes Robin Shepherd, who owns and publishes The Commentator. “Every depositor in southern Europe has now been put on notice that if their country needs bailout money any time in the next few years the deal could easily involve swiping money from the accounts of ordinary savers.”

That could be the pattern from now on: Germany bails out a nation in return for key concession. But not only do they get power over that nation, but ordinary savers are recruited to provide some of the cash. The German taxpayer will be much less opposed to this kind of bailout, because Germany gets the same amount of power for a lower cost.

But there is yet more uncertainty. The Cypriot parliament was meant to meet on Sunday to approve the bailout. The meeting has been cancelled. The most obvious reason is that the government isn’t sure the bailout will be approved. It wants more time to drum up support. Cypriot President Nicos Anastasiades has said that a vote against the bailout is a vote for Cyprus to leave the euro. So if it doesn’t pass, Cyprus could be the first country to leave the euro, putting the eurozone in uncharted territory.

If Cyprus leaves the euro, though, it would almost certainly mean the total collapse of the island nation’s banking system. It must submit to Germany, or else. Only, Germany’s terms are so harsh that Cyprus is seriously considering the “or else.”

The Trumpet has long said that the euro was deliberately set up to trigger a crisis. This crisis would force Europe to unite and bring more power to Germany. We are seeing that dynamic in action in Cyprus.

But the crisis is far from over. Its job is not yet done. It will force Europe to unite into a 10-nation superstate. And the Cyprus bailout could mark the beginning in a new stage of this crisis.

For more on where this crisis is leading, see Trumpet editor on chief Gerald Flurry’s article “A Monumental Moment in European History!”