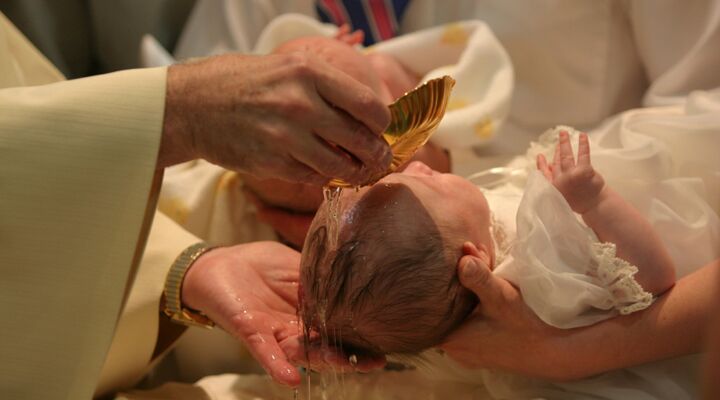 3.5 million Protestants take an important step in reconciling with Rome.

The Catholic Church will recognize baptisms performed by some of America’s largest Protestant churches, and vice versa, after the groups signed an agreement on January 29.

Combined, the four Protestant groups have 3.5 million members. The Presbyterian Church is the third-largest mainline Protestant church in the U.S.

The agreement was signed at the opening of the annual meeting of the “Christian Churches Together” group—an association of 36 denominations and seven other groups. The text was distributed to all the groups, to encourage them to join in.

Negotiations over the document took place from 2003 to 2010. Since that time the different denominations have been approving it. Many reform denominations already recognize Catholic baptism, but the Catholic Church has not always reciprocated.

The signing of the document is just part of a push for an even closer relationship with the Catholic Church by the Protestant churches. The document states that the recognition of each other’s baptisms is “the sacramental basis for our efforts to move towards visible unity.”

Catholic Bishop Joe Vasquez said the agreement “is part of our response to Jesus’ prayer that ‘we may all be one.’” The general secretary emeritus of the Reformed Church in America, Wes Granberg-Michaelson, said the agreement is a “significant step of healing and reconciliation, and could open the way toward addressing other issues where we remain painfully divided.”

The groups will continue to examine ways to promote unity. Their talks will build on a report published last year titled “The Church: Towards a Common Vision.”

“Topics that will be addressed include unity and diversity in the church, and the origins and current interpretations of ministry and ordination, and the nature and role of authority and the episcopacy,” said the United States Conference of Catholic Bishops in a press release.

The Catholic Church signed a similar agreement with Lutheran, Orthodox, Methodist, Anglican and Armenian-Apostolic churches in Germany six years ago, but the agreement in the U.S. is more historic.

“The Dutch and German Reformed traditions have generally recognized the validity of Catholic baptisms, as have most Presbyterian churches,” wrote Dr. Bryan Cross, academic editor of the Called to Communion blog. “The major exception to this were the Presbyterian churches in the United States since the time of James Henry Thornwell in the mid-19th century, especially in the south. Thornwell argued that Catholic baptisms were invalid because Catholic priests were not ‘lawful ministers of the Word.’”

Now America’s largest Presbyterian Church is leading the way back to an agreement with Rome.

The Trumpet has long forecast that the Catholic Church would work hard to reconcile with its Protestant daughters. This is an important step in that direction for America’s churches. For more information on this forecast, see the chapter “Returning to the Fold” from our free booklet He Was Right.