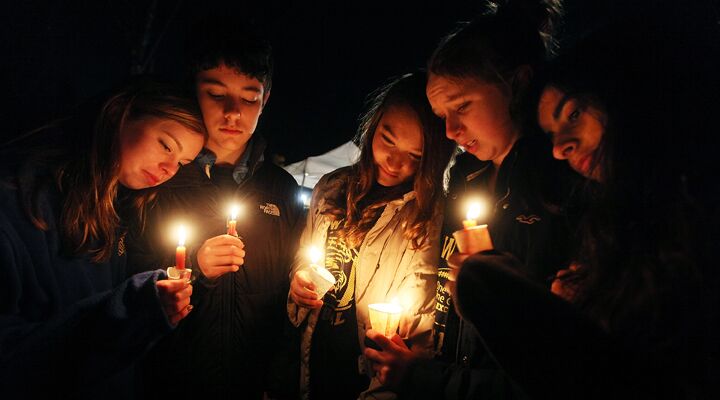 We have seen a rapid increase in school shooting in the U.S. last year in 2012.

The tragic school shooting in Newtown, Connecticut, capped off a record year of school shootings in the United States. In 2012, there were 10 school shootings that left a total of 41 people dead and 13 wounded. Though the Newtown shooting was the deadliest one of the year, also tragic was that three of these shootings were suicides carried out on school grounds, one of them in front of a group of 9th-grade students.

But as terrible as 2012 was, 2013 has been even more deadly. In the month of January alone, a mind-staggering eight, yes, eight school shootings took place.

What should we make of this rapid increase in violence? Undoubtedly, some politicians will use this as additional evidence to push through gun control laws. But what is the real cause of this senseless violence that is creeping down into middle schools? It’s no longer just the older teens. There are 14-year-olds who are committing these crimes.

Back in 1999, the Trumpet warned about this deadly trend. “Over 30 years ago, the United States was sucked into a destructive, costly and unpopular war,” Stephen Flurry wrote. “I am not referring to Vietnam. I’m talking about the cultural revolution. It was waged by an American minority—mostly young people. The fundamental premise of their revolt was simply rebellion—rebellion against traditional standards, against high morals, against virtually any form of authority—especially parents.”

Back in the ’60s and ’70s, the “cool” thing was to rebel. And now, 40 years later, we are reaping the results. What is the underlying cause of all these shootings? The Trumpet has been giving the answers for 20 years: rebellion, and the breakdown of families. Dysfunctional homes are producing dysfunctional children. God said through the Prophet Haggai that He had a controversy with the people of Israel because there was no knowledge of God in the land (Hosea 4:1). Because the people had forgotten God, God said He would forget their children (verse 6). And this is exactly what we see today.

Gun regulations will not reverse this trend. It will take repentance. If you want to learn how to protect your children, read our article “Why Kids Kill.”