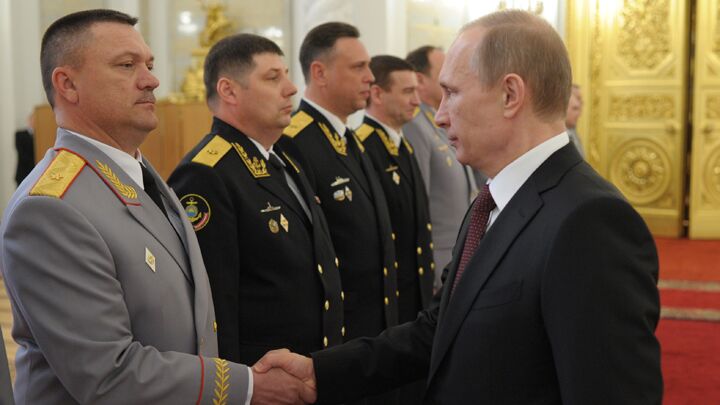 Perestroika, glasnost and the demise of the Soviet Union may have led the world to believe that a different nation has emerged than the one that threatened Western values for more than 40 years. But has Russia’s leadership really changed?

The unique character of individual nations tends to remain constant and resurfaces repeatedly in history. As political scientist Hans Morgenthau wrote, “[C]ertain qualities of intellect and character occur more frequently and are more highly valued in one nation than in another” (Politics Among Nations).

Morgenthau described Russia’s national character: “In Russia the tradition of obedience to the authority of the government and the traditional fear of the foreigner have made large permanent military establishments acceptable to the population” (ibid., emphasis mine throughout). By the same token, this Russian mindset has allowed totalitarian rulers to rise time and again throughout Russia’s history.

For centuries, Russia’s government was authoritarian. First under the House of Rurik, characterized by Tsar Ivan iv (the Terrible), through to the House of Romanov, Russia was ruled by an autocratic monarchy.

But by 1914, autocratic rule had taken its toll on the citizenry. Finally, Russia’s staggering losses in World War i proved to be too much. The human suffering, years of deprivation, and absolute destruction of human hope in the Russian working class culminated in the October 1917 revolution, which ended Russia’s monarchy. Imperial Russia was renamed the Union of Soviet Socialist Republics (ussr).

Communism became the official state ideology, with Lenin, Trotsky and Stalin—all leaders in the revolution—struggling for power. In 1929, Stalin emerged victorious following Lenin’s death five years earlier and Trotsky’s subsequent exile. He imposed a rigid dictatorship and, within 12 years of briefly flirting with rule by committee, returned to strong autocratic, dictatorial government. True to type, the national character of Russia gravitated toward submission to authoritarian rule.

In the decades following Stalin’s death in 1953, various seeming attempts were made to de-Stalinize the country. Then, in 1985, Mikhail Gorbachev became the Russian premier.

Under Gorbachev’s rule, it appeared to the West as though Russia was liberalizing its socio-economic structure. However, Gorbachev’s weakening of centralized control, just as Ronald Reagan enacted his rollback policy, forcing the ussr economy into huge debt, brought the nation close to bankruptcy. Added to this, the cia-Vatican initiatives in Poland broke the first link in the chain that bound the ussr together. By 1991, Gorbachev had dissolved the ussr.

Russia’s next leader, Boris Yeltsin, was elected as the country’s first president. Two years later, he strengthened presidential powers by introducing a new constitution. At the same time, he tried to transform the existing state-owned economy into a Western-style private enterprise system in order to revive the country. The ironic result was economic power and wealth falling into the hands of a few private owners of industry—the oligarchs. The failure of this restructuring led to Yeltsin’s demise and the rise of Vladimir Putin.

Putin, elected in March 2000, immediately took action to move the country in the direction he wanted it to go. He stepped up governmental control over the various Russian administrative units, and gained the power to oust governors and dissolve legislatures that enacted unconstitutional laws.

At the same time, Putin actively pursued a close relationship with the West in order to reverse Russia’s tragic political and economic track record. U.S. President Bush has called Putin a man he can trust. But is Putin really different from Russia’s past leaders?

The answer rests in the understanding of Russia’s national character—the longing for strong authority, and the traditional mistrust of foreigners. The current form of government in Russia is termed a presidential republic—meaning, the president makes the rules. It is an autocratic form of government, and Putin is prepared to fight for it. When oligarchs initiated an official attempt last year to change Russia into a parliamentary republic, Putin strongly responded, “… I believe that for Russia in its present-day form, what with the complex composition of the federation, and Russia’s multi-ethnic and multi-faith composition, any system of government other than a presidential republic is unacceptable and, moreover, dangerous” (bbc, June 20, 2003).

This revealed Putin’s true approach to government. Further, his more recent crackdown on the oligarchs when they challenged his oil economics policies reveals the extent he will go to to strengthen his own power. Basically, as Stratfor states, Putin will not tolerate a situation where he has to “share control with them” (Oct. 28, 2003).

Since coming to power, Putin has established a strategy of using the West in an arrangement of convenience to rebuild imperial Russia. To revive the economy, Putin invited Western investment into Russia—especially in the energy sector. Next, he moved to control the capitalists, and return to the old centralized authority. To get to this point, “Putin has spent much of his four years as president whittling away at dissident voices within Russia to both secure his rule and chart a path for the country” (Stratfor, Nov. 13, 2003).

Putin has learned a lot from his predecessors. By eliminating opposition and securing his political power, he has ensured he won’t be brought down from within the country. In so doing, he is gaining strong support from the populace—a people who traditionally, for centuries, have tended to support autocratic leadership.

Under Putin, we can see Russia, once again, quietly, with the slow yet deliberate ponderousness of a bear, returning to strength under totalitarian leadership.

From The January 2004 Philadelphia Trumpet
View Issue FREE Subscription
Next