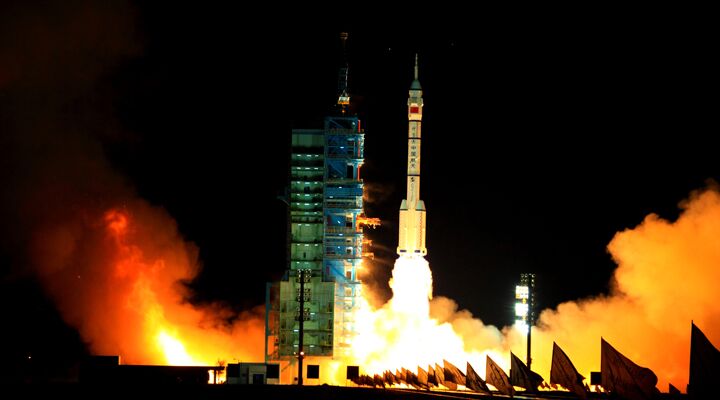 China is using anti-satellite weaponry as a “Trump Card” against a vulnerable and satellite dependent United States.

Amid reports on January 7 that Beijing is preparing to carry out another anti-satellite weapons test, China’s state media said Beijing has the right to conduct the test because the technology represents a “trump card” against American power.

In both 2007 and 2010, Beijing carried out anti-satellite weapons tests, and some U.S. analysts suspect that the next test will see China aiming for higher altitudes than in the previous ones—targeting an object around 12,000 miles above Earth’s surface. A report on Space.com said a test at such a level would place the constellation of America’s Global Positioning System (gps) at risk.

China’s state-run Global Times said Washington’s worries that the test could damage the U.S.’s gps are “over blown,” but fell short of any real reassurances, saying only that the test would “not strike down satellites, but invalidate them.”

Why does China need to develop the anti-satellite weaponry that it is testing? The state-run Times explained:

The U.S. advantage is overwhelming. Before strategic uncertainties between China and the U.S. can disappear, China urgently needs to have an outer space trump card … China and Russia jointly initiated a program to avoid an arms race in outer space in 2008, but this proposal was refused by the U.S. Against this background, it is necessary for China to have the ability to strike U.S. satellites. This deterrent can provide strategic protection to Chinese satellites and the whole country’s national security.

China’s planned test comes as Beijing is rapidly assembling its own “gps,” called the BeiDou Navigation Satellite System. China’s military and many official bodies are already using this system. In the years ahead, Beijing plans to launch 20 more satellites to improve its functionality.

America’s space power gives it great advantages, but also creates dependence. Trumpet editor in chief Gerald Flurry has pointed to America’s reliance on technology as the country’s Achilles’ heel. The U.S. is vulnerable not only to cyberattacks, but also to electronic attacks on its satellite or related systems. A successful attack on these systems could take out Washington’s smart bombs, guided missiles, satellite maps and photos or navigation.

For half a century, America reigned as the world’s dominant superpower. But evidence abounds in the U.S.’s foreign policy, economy, military and elsewhere that this era of supremacy is rapidly coming to a close. Space technology is another arena where America’s decline has set in as nations such as China speedily close the gap.

This shift brings the world into a perilous new age—but it is all in perfect alignment with trends the Trumpet has forecast for decades. For more information on the source of our forecasting, request our free book The United States and Britain in Prophecy.