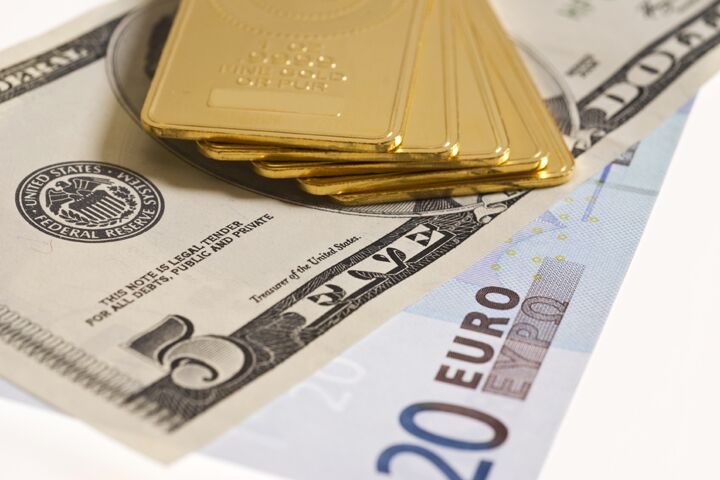 Global central banks around the world seem to think so. But should you?

The global economy is at a dangerous inflection point. Debt and deficits are swamping economies around the world. The global economy risks a plunge into a new Greater Depression. Governments are reaching breaking points, and debts are becoming unpayable.

It’s time to act before you too get swept into the economic whirlpool that’s about to envelope the globe. But what should you do?

The world’s biggest banks are acting. They are buying gold. The thesis is simple: For the first time in history, the global financial system is in danger of total collapse—as in wiped out, totally gone, history. And the dollars, the yen and the euros backing it could go down the drain with it.

Everywhere you look, nations are in economic turmoil. And the problem behind it all is too much debt.

In the United States, federal debt is now $16.3 trillion. But America’s economy only measures $15.5 trillion, according to U.S.DebtClock.org. Europe has the same problem: Debts are growing—economies, not nearly so much. The UK and Japan are in even worse shape. According to the World Economic Forum, total global debt, including local governments, corporations and individuals, as of the end of 2010, reached a whopping $190 trillion—more than 3.3 times the size of the total global economy. And even that does not describe the full problem. Governments owe tens if not hundreds of trillions more in promised retirement benefits that people are relying on.

There is no way these debts can be paid. And now that the developed world is faced with stagnant or shrinking economies, the crisis is being pushed to front stage.

Consequently, central banks are doing what all the fashionable textbooks say should be done. They are printing money like crazy to pay debts. QE1 was followed by QE2 and QE3, etc. According to central planners, this makes debt payment easier for everyone by making more currency available to pay debts. This also results in devalued currencies, which planners say can stimulate economies by making exports cheaper and imports more expensive.

Goldman Sachs analysts believe the Federal Reserve is set to announce another additional round of quantitative easing (money printing) totaling $45 billion per month, according to sources quoted by King World News. For America, this will be QE4. Goldman Sachs indicates that it thinks the program will run for one year and will create another trillion dollars out of thin air to finance government spending. America’s debt problems are so bad that the Federal Reserve is now the biggest buyer of all U.S. government debt—owning one out of every six dollars of debt. America can’t find enough investors willing to lend it money.

But here is the point. It is not just the Fed working the printing presses to inflate away debt. As sisters Mary Anne and Pamela Aden write in the Aden Report, all the “major central banks are also busy creating money.”

“Clearly history is in the making and we don’t know how it’s all going to end.”

Is it any wonder that central banks, for the first time in many years, became net buyers of gold in 2010?

In a world awash in debt, with no way to pay for it, these banks are turning to an asset that can’t be created or willed into existence by politicians seeking to cheat economic realities. Gold is a form of money that can’t be printed or electronically “clicked” into existence ad infinitum.

And since 2010, bank gold-buying has accelerated. This year it is estimated that central banks will purchase 499 tonnes of gold. Up from just 77 tonnes in 2010.

But if central banks, which for the past 41 years have shunned gold, are now turning to it as an insurance policy, something must be very wrong.

In late 2009, Cheng Siwei, a former vice chairman of the Chinese Communist Party Standing Committee, said that China was alarmed by U.S. money printing. He stated on the record that China had lost confidence in the U.S. dollar and was moving toward a partial gold standard through reserve accumulation. “If they keep printing money to buy bonds it will lead to inflation, and after a year or two the dollar will fall hard. Most of our foreign reserves are in U.S. bonds, and this is very difficult to change, so we will diversify,” he said. “Gold is definitely an alternative, but when we buy, the price goes up. We have to do it carefully so as not to stimulate the markets.”

That same year, Hong Kong announced that it would be repatriating all its gold that was stored in London. The central bank of India announced that it had secretly purchased 200 tonnes of gold from the International Monetary Fund. Then in 2011, Venezuela announced it had ordered the return of all 200 tonnes of gold it stored in London and New York. Reports emerged of Russian and Middle East central banks buying gold.

Earlier this year, Ecuador asked its banks to repatriate one third of their gold stored overseas. And Forbes reported that China had imported 69 tonnes of gold through its new gold center in Hong Kong—up 22 percent from a year earlier.

Now, golden heavyweight Germany is also bringing its gold home from New York. Following refusals to allow German authorities to inspect their gold deposits, Germany has asked for 150 tonnes—or about 10 percent of its holdings in America—to be returned. Germany repatriated one third of its gold from London years ago.

The scramble for gold seems destined to heat up.

If central banks are looking to gold to fix the world’s debt problems, gold is going to be in very short supply very soon.

So is gold a safe investment? Only up to a point.

The Bible warns that the economic troubles facing this world are set to worsen. Times will get so bad that people are prophesied to throw their gold and silver in the streets (Ezekiel 7:19). As the Prophet Ezekiel warns, all the gold and silver in the world won’t be able to buy people food. Read the whole chapter. It is a prophecy for the future of the United States and Britain. (For proof, read Gerald Flurry’s booklet Ezekiel: The End-Time Prophet.)

There is, however, another safe investment guaranteed to produce an absolutely massive return—but you have to be willing to invest.

Invest in God. Invest in your relationship with God. Store up treasures in heaven, where moths and rust can’t destroy them. Put your heart in God’s work today. This is the only sure investment that you can make. God doesn’t need your money. He can support His work in all kinds of ways. But God is concerned about your priorities—where you are spending your time and energy. God wants to know what is important to you. What do you put first in your life? What do you spend your money on? What do you sacrifice for?