Does your diet include this simple ingredient? The health benefits are too great to ignore! 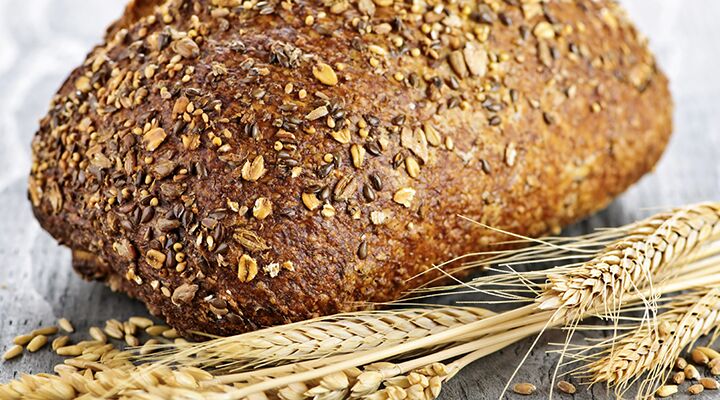 Does your diet include this simple ingredient? The health benefits are too great to ignore!

Why is healthy eating so complicated? One month, a product is heralded as the latest miracle food, the must-have for every diet. The next, it’s a leading cause of cancer. Never has so much been written about diet. And never has bad diet been so widespread.

Straight out of science fiction have come edible substances grown in labs and dispensed from machines, formulated to be convenient, taste great and make a profit. Yet these concoctions—margarine, high-fructose corn syrup, refined flour, etc.—are huge failures. They may taste good, but they are destroying our health. Diet-related diseases like diabetes and heart disease are more common than ever. A third of Americans are overweight, and another 36 percent are obese. The link between our diet and these diseases has been shown to be quite strong.

Still, the question remains: Amid all the confusion and misinformation on the subject, how can you really improve your diet?

Here is a wonderful truth you can count on. It is simple, and it is powerful. All it takes is a dash of humility about the limits of food science. You have to acknowledge that the healthiest food is natural food designed by a great, Almighty Creator—engineered to be just what our bodies need.

The key to a healthier diet is this: Eat natural foods.

A Brief History of White Flour

Society’s understanding of just how good natural food is has grown slowly over the past couple of centuries. Consider the example of white flour.

When we first began milling white flour, it was said to be an improvement over brown—better for you, and without the nasty dirty, gritty stuff. Science, however, quickly proved that wrong.

In 1826, the Lancet medical journal detailed a study where one dog was fed “coarse” bread exclusively and another ate white. The first dog was reported to be healthy. The one that ate white bread died within 50 days.

More rigorous analysis followed. Scientists realized that refining white flour stripped out not only the germ and the bran, but also the fiber, vitamins and minerals, leaving only calories.

Instead of nourishing people, white bread made them ill. By the 1930s, it was clear that white bread was not giving people the nutrients they needed. However, rather than getting to the root of the problem—that refined flour simply isn’t good enough to eat—governments and millers came up with a quick fix. Now, the law in many countries requires that food processors add certain nutrients back into the white flour.

Enriching the flour prevented some of the new illnesses caused by refining flour. But nutritionists still didn’t see all the other benefits of whole wheat.

Over the last couple of decades, many studies have shown that eating whole grain improves overall health. It can lower blood pressure, aid weight loss and digestion, and help prevent heart disease, diabetes and several types of cancer. One 14-year health study suggested that anyone who avoids smoking, exercises 30 minutes a day, avoids being overweight and eats a diet containing, among other things, a high amount of whole grains and a low amount of heavily processed fats will experience dramatic benefits: 80 percent reduced risk of coronary heart disease, 90 percent of type 2 diabetes and 70 percent of colon cancer. Even after adjusting for factors like weight, sex and lifestyle, those who habitually eat whole grains have a mortality rate 15 percent lower—in other words, they tend to live longer.

Why, though, are whole grains so much better for us? Scientists continued to press for answers.

Scientists have tried to isolate exactly what it is about whole grains that makes them so great. Is it the fiber? The vitamins? But they were surprised to find that if you just add the fiber, by itself, back into your diet, those whole-grain health benefits don’t return. Nor do those benefits return if you add just the vitamins.

A survey of studies by David R. Jacobs and Lyn M. Steffen published in The American Journal of Clinical Nutrition in 2003 concluded that components of whole grains are good on their own, but when combined in exactly the quantity found in whole grains, they have an added benefit. The whole is literally greater than the sum of its parts.

Science is starting to uncover how complex and perfect the natural process of wheat growth is. Its hundreds of natural chemicals all work together to power human health. When just one of these chemicals is eaten by itself, it doesn’t have the same benefit. You could take some vitamins in pills, eat the fiber on its own, and get your calories from white bread. You could find some way to still get all the components that make up whole grains. But that still wouldn’t be as good for you. When eaten inside the natural, untouched grain, these chemicals are mixed together in the perfect ratio to give us the maximum health benefit.

Jacobs and Steffen called this food synergy. This phenomenon gives us a glimpse of the awesome mind that designed this food. The hundreds of interactions within the food as originally designed are simply too complex for scientists to figure out right now. But God planned it out, and He has given us a glorious abundance and variety of natural foods, each one perfectly packaged.

A simple example of food synergy comes from how your body digests the carbohydrates in grains. When you eat white bread or rice, you process the carbohydrate quickly, spiking your blood sugar levels, which can lead to health problems including diabetes. When you eat whole grains, the fiber that gets digested with the carbohydrates slows down the digestion. Energy is released over a longer period of time, exactly the way the body processes it best. This is an oversimplification though. Food synergy studies show that there is more going on in whole-grain digestion than just the presence of fiber. There’s a miraculous world of reactions inside those tiny grains—far more advanced than we ever realized.

Food synergy is found throughout nature. Another article in The American Journal of Clinical Nutrition (2009) written by Jacobs, along with Myron Gross and Linda Tapsell, highlighted this principle. Nuts, for example, have a high level of unsaturated fats. But they also contain chemicals that protect the body against the harmful effect of these fats. Fruits are often viewed as merely a source of vitamins. But several studies on apples found that the whole apple is much better at combatting cancer than vitamin C on its own. And a portion of apple that includes the skin is significantly better than a portion of only apple flesh. It is much better to eat a piece of broccoli than to eat the main nutrients in broccoli manufactured artificially. Pomegranate juice is much better for you than just eating the key nutrients, extracted and taken alone. The same is true for tomatoes.

How to Change Your Diet

Scientists have found that food synergy also exists within diets. A single food has its benefits. But when it is part of a healthy diet, its effect is once again greater than the sum of its parts.

This reveals one of the key flaws in how we often approach diet. We look at a healthy diet that works, try to isolate the key components, and stick them in a pill. It’s only human: We want the quick fix! But our bodies are much more complex than that. Instead, real nutrition comes from real changes.

Here’s how you can begin using the key of natural foods to drastically improve your health.

Start with a small change. Substitute whole wheat for white flour. Try brown bread and brown pasta. Order brown rice instead of white. The adjustment can be challenging. Wholemeal may seem unusual at first. But as you get used to it, you will find that not only is it healthier for you, it even tastes better than white.

Next, eat more fruit and vegetables. They are perfectly designed to nourish your body and combat sickness.

Finally, cut out refined, processed, man-made junk foods. Cut down on dessert. Try baking your own instead, using natural foods like honey, maple syrup or unrefined sugars like demerara. You can find ways to make your favorite treats using natural foods, so you may still enjoy them occasionally.

When trying to decide which food is healthier, use this key to guide you: Choose whatever is closest to natural food, whatever has had the least “stuff” done to it. It’s a simple guide in an age of confusion.

Herbert W. Armstrong used to frequently quote the advice of one dietician: “My basic rule in diet is: Eat only those natural foods that will spoil—and eat them before they do.” Many of the “rules” of diet have been argued and overturned. But this one has stood the test of time. After all these years, it is still vindicated by modern science.

There is more you can do to improve your diet once you’ve taken these three simple steps. But these will take you a long way toward better eating. So don’t be put off by all the conflicting advice out there. Eat natural food, the way God made it.

These “alligator pears” are a rich source of both potassium and heart-healthy fats that keeps us from feeling hungry.

Just one spoonful of this oil provides 8 grams of omega-3 fatty acids, which are packed with several vitamins like niacin, riboflavin, thiamin and folate.

A single lemon contains more than 100 percent of a person’s daily vitamin C intake. Flavonoids in this fruit also act as anti-inflammatories and inhibit the multiplicity of cancer cells.

The seeds in one pomegranate contain 1.5 grams of protein. Pomegranates also fight free radicals that can contribute to cancer and other chronic diseases.

One cup of “Popeye’s steroid” contains a person’s daily requirement of vitamins A and K, and nearly 100 percent of manganese and folate.