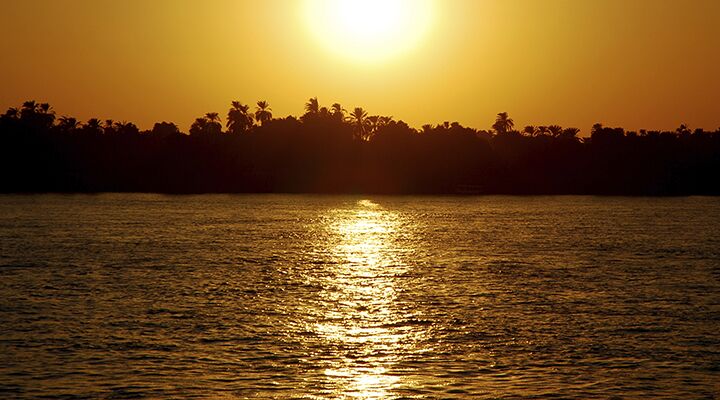 War may soon be coming to Ethiopia. The seeds were sown decades ago, but now the bitter fruit is beginning to appear.

In March of 2011, at the height of the political revolution in Egypt, Ethiopia announced that it would soon start construction on a massive hydroelectric dam on the headwaters of the Nile River. This is an explosive declaration. Not only will this dam undoubtedly reduce the amount of water flowing into Sudan and Egypt for several years and perhaps permanently, but it is an existential threat to Egypt.

For Egypt, allowing Ethiopia to construct this dam is somewhat like Israel allowing Iran to build a nuclear weapon.

Egypt is nothing without the Nile. Almost 100 percent of Egypt’s 83 million inhabitants live along the Nile River. It is the lifeblood of the country. It does more than just support agriculture and industry; it provides the water necessary to push the turbines at Egypt’s giant Aswan Dam. This dam, one of the biggest hydroelectric engineering feats of all time, helped transform modern Egypt into a Middle Eastern superpower. The massive lake created by the dam allowed Egypt to expand its agricultural production like never before. It turned whole swaths of desert into lush, irrigated farmland. Electricity production allowed businesses and manufacturers to expand. Egyptian standards of living rose—and the population skyrocketed.

The power to shut down the Nile—even temporarily—is the power to destroy Egypt.

To say Egypt and Ethiopia do not have the best of relationships is putting it mildly. During the 1960s, Egypt played a major role in helping Eritrea break away from Ethiopia. Cairo was ground zero for the formation of the Eritrean Liberation Movement and the Eritrean People’s Liberation Front, the primary forces behind Eritrea’s long war for independence. During the ’70s and ’80s, Egypt actively supported several other terrorist groups that also worked to overthrow the government in Ethiopia. When Eritrea finally gained independence in 1993, it had Egypt to thank.

Egypt’s strength and ability to impose its will on its neighbors is a function not just of its military, but also of its economy. And that is dependent on economic treaties in force. This is one of the roots of contention between Egypt and Ethiopia.

Due to colonial-era treaties between Egypt, Sudan and the United Kingdom, Egypt holds sole authority over the Nile River’s water—forever. Until recently, this meant that if any upstream nation (also former British protectorates/colonies at the time) wanted to use water from any tributary flowing into the Nile, they had to seek Egyptian approval.

Over the years, nations such as Kenya, Sudan, Uganda, Kenya, Tanzania and Ethiopia have largely abided by these pre-independence treaties—often to the detriment of their own people.

But now that may be about to change.

Ethiopia’s Blue Nile River generates approximately 85 percent of the total water flowing into the Nile. Ethiopia contends that it was not a signatory to the 1959 treaty, and thus it should not have to abide by a treaty that takes virtually 100 percent of its water that flows into the Nile. Thus, Ethiopia is leading the charge to rewrite the treaties.

More than leading the charge—it is now the first nation to actively challenge Egypt’s virtual monopoly on the Nile.

Ethiopia claims that the Grand Ethiopian Renaissance Dam is needed for its own domestic electricity requirements. This dam, which is currently under construction, will become one of the top 10 biggest dams in the world. It will be able to generate three times the power the Hoover Dam does. It will also greatly increase Ethiopia’s regional importance by providing desperately needed electricity to its neighbors.

In 2010, Ethiopia, Kenya, Uganda, Rwanda and Tanzania signed an agreement rejecting Egypt’s claim to the Nile and formed a new partnership to redistribute the river’s water more equitably.

Ethiopia’s Grand Renaissance Dam is the first test of this agreement—and Egypt’s resolve. It is scheduled for completion in three years, at which time large amounts of water will be withheld from the Nile. But perhaps even more importantly from Egypt’s perspective, if not stopped it could herald a gold rush of other hydroelectric projects that will inevitably lead to increased agricultural projects within the region. If other Nile River nations begin to consume water the way Egypt does, it will be the end of the Nile. Even today, the Nile River delta is retreating due to vastly reduced amounts of water making it to the Mediterranean Sea.

If Ethiopia succeeds, it will be the end of Egypt’s control of the Nile. In water-limited Africa, that would be an unmitigated disaster for the land of the pharaohs.

An indication of how this potentially explosive situation could play out comes from a remarkable source: biblical prophecy.

In the April 2011 issue of the Trumpet, Gerald Flurry prophesied specifically that Libya and Ethiopia would become the victims of radical Islam. At the time, there was very little physical evidence to suggest Ethiopia could ever be threatened. But he made that prediction based upon the prophecy in Daniel 11:40-43, which foretells an end-time clash between a German-led Holy Roman Empire and an Iranian-led Islamic coalition called the king of the south. In verse 43, Daniel lists the “Libyans and the Ethiopians” as part of the king of the south alliance. “This verse states that Libya and Ethiopia are also going to be closely allied with Iran!” stated Mr. Flurry.

When this article was published, some readers said the idea that largely Christian Ethiopia could ever fall into the radical Islamist camp was outrageous. Muslims and Christians had been peacefully coexisting for years, they said.

Based on the physical evidence at that time, these critics seemed right. But look at Ethiopia now.

In November 2011, the Ethiopian government discovered plans by a group of Wahhabi Muslims to turn Ethiopia into an Islamic country governed by sharia law. In a press conference, the Ethiopian government expressed concern over the increasing incidence of violence against moderate Muslims and Christians by radical Wahhabi Muslims. Since then, there has been a huge uptick in Islamic-inspired protests and riots. Even Western newspapers like the Christian Science Monitor and the Washington Times are warning about an Islamic backlash and the radicalization of Ethiopian Muslims.

Then, on August 20, Ethiopia’s longtime prime minister, Meles Zenawi, suddenly died. His successor is untested and comes from a small Protestant group as opposed to one of the major religious affiliations. There is talk of a power struggle.

On August 22, just two days after Zenawi died, Gerald Flurry said on a Key of David program that Daniel 11:43 shows that Egypt is about to have a “major impact on other nations in the Middle East, and in Libya and Ethiopia in particular.” He went on to say that Egypt would play a critical role in turning Ethiopia into an Egypt-Iran allied state.

Events are now bearing out that prophecy.

What Will Egypt Do?

According to a recent report by the intelligence company Stratfor, Egypt has three choices. First, Egypt can bring political and economic pressure on Ethiopia to prevent the construction of the dam. This has already had a limited effect, but it probably won’t be enough to stop Ethiopia. Although Egypt and Sudan have successfully discouraged international investors from financing the $5 billion project, Ethiopia appears to be internally funding construction.

Second, Egypt could resort to direct military intervention. Although Stratfor says this is a last option, it also warns that “Cairo will use any tool at its disposal to stop the project, including military force if necessary.” This jibes with the Stratfor files that were stolen by WikiLeaks and published on August 31. According to these WikiLeak documents, Egypt has procured the use of Sudanese military bases to launch military attacks on Ethiopia’s dam project. One high-level Egyptian official was reported to have said: “If it comes to a crisis, we will send a jet to bomb the dam and come back in one day, as simple as that. Or we can send our special forces in to block/sabotage the dam.”

Third, Stratfor says Egypt could reactivate and support proxy militant groups. There are at least a dozen such armed groups scattered across ethnically divided Ethiopia that are working to overthrow the government or carve out independent regions.

Egypt could also use its allies in Eritrea to destabilize Ethiopia. This is exactly what appears to be happening.

On October 13, Ethiopia announced that it had seized 500 weapons and thousands of rounds of ammunition being smuggled into the country from Sudan. The seizure came just a month after six exiled Ethiopian opposition groups announced the formation of armed movements against the government. According to Africa Review, 12 armed opposition groups have recently taken up arms against the Ethiopian government.

Ethiopia may quickly be headed for civil war—instigated by Egypt! According to one report, most of these groups are proxies of Egypt’s Eritrean and Sudanese allies.

Will Egypt soon topple the Ethiopian government? Egypt has tens of billions of dollars’ worth of U.S. military hardware. It has well-positioned and locally supported militant groups based in Ethiopia and on its borders. And it is facing the prospect of losing control of its most important and strategic asset—a river that is the lifeblood of its existence.

The Bible says Egypt will soon be instrumental in bringing a radical political reorientation to Ethiopia. Watch while it happens.