Are “natural” disasters punishment from God? Apparently to even suggest the thought is “offensive and wrongheaded,” “outrageous,” “nonsense,” “way out there,” “divisive, hurtful” and “shockingly offensive.” And “nothing could be further from the truth.”

But wait. Is it divisive and outrageous to believe scriptures like Amos 4:7, in which God says, “… I have withholden the rain from you, when there were yet three months to the harvest: and I caused it to rain upon one city, and the piece whereupon it rained not withered”? What about Nahum 1:3-4: “The Lord is slow to anger, and great in power, and will not at all acquit the wicked: the Lord hath his way in the whirlwind and in the storm …. He rebuketh the sea, and maketh it dry, and drieth up all the rivers …”?

Aren’t such scriptures relevant in a place like Australia, where drought is a national crisis right now?

Yet watch this Australian Sky News segment, as host Chris Kenny gets wind that former pro rugby player Israel Folau said in a Sunday church service that the drought and bushfires are God’s punishment for the same-sex “marriage” and abortion and that the nation needs to repent. 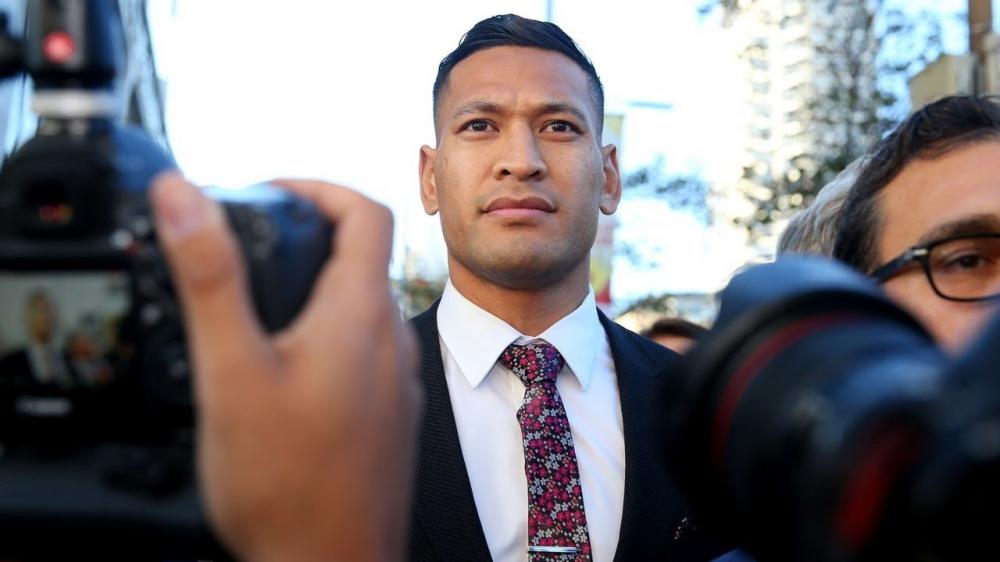 Kenny, the Christian minister, and everyone else on the panel lampoons Folau, portraying him as if he believes that when your home burned in a bushfire, “God hates you and is punishing you.”

As our booklet Why ‘Natural’ Disasters? shows, the Bible specifically refutes the idea that those who directly suffer from disasters are more sinful than others. Jesus Christ said, “Nay, but, except ye repent, ye shall all likewise perish” (Luke 13). It roundly rebuts the notion that God hates those He punishes. “For whom the Lord loveth he chasteneth” (Hebrews 12:6). You can read more about the Bible perspective on Australia’s drought in my article in our newest Trumpet issue, “The Unseen Consequence of Climate Change.”

“God is speaking to you guys, Australia,” Folau is reported to have said. “You need to repent, and you need to take these laws and turn it back to what is right by God, what God says in His Word. We look back to what God [has] done to Sodom and Gomorrah: It rained fire and brimstone from heaven and destroyed that city because of the sin that they were living in.” Why the Daily Telegraph was reporting on a church service is another question. But how does a self-professed “Christian” tell the nation, “Nothing could be further from the truth”?

These commentators appear convinced that Australians are without sin. Or they believe that since God is love, He never punishes His children, no matter what we do. They ought read Malachi 2:17: “Ye have wearied the Lord with your words. Yet ye say, Wherein have we wearied him? When ye say, Every one that doeth evil is good in the sight of the Lord, and he delighteth in them; or, Where is the God of judgment?”

It’s not “way out there” to believe that the Bible is true. And if it is, then nothing could be closer to the truth that God is indeed angry over widespread abortion, same-sex “marriage” and other evils. It’s not “wrongheaded” to believe that the Creator does control the weather and uses it for blessings and for punishment (e.g. Job 37:11-13). It’s not “outrageous” to believe He uses these measures out of love, to awaken people to their sin and turn them to repentance.

Yet people who are experiencing those curses then jeer at the “shockingly offensive” idea that God has a message for them. What then is God to do?

Leviticus 26:18 answers: “And if ye will not yet for all this hearken unto me, then I will punish you seven times more for your sins.”

What will it take before the jeering stops?