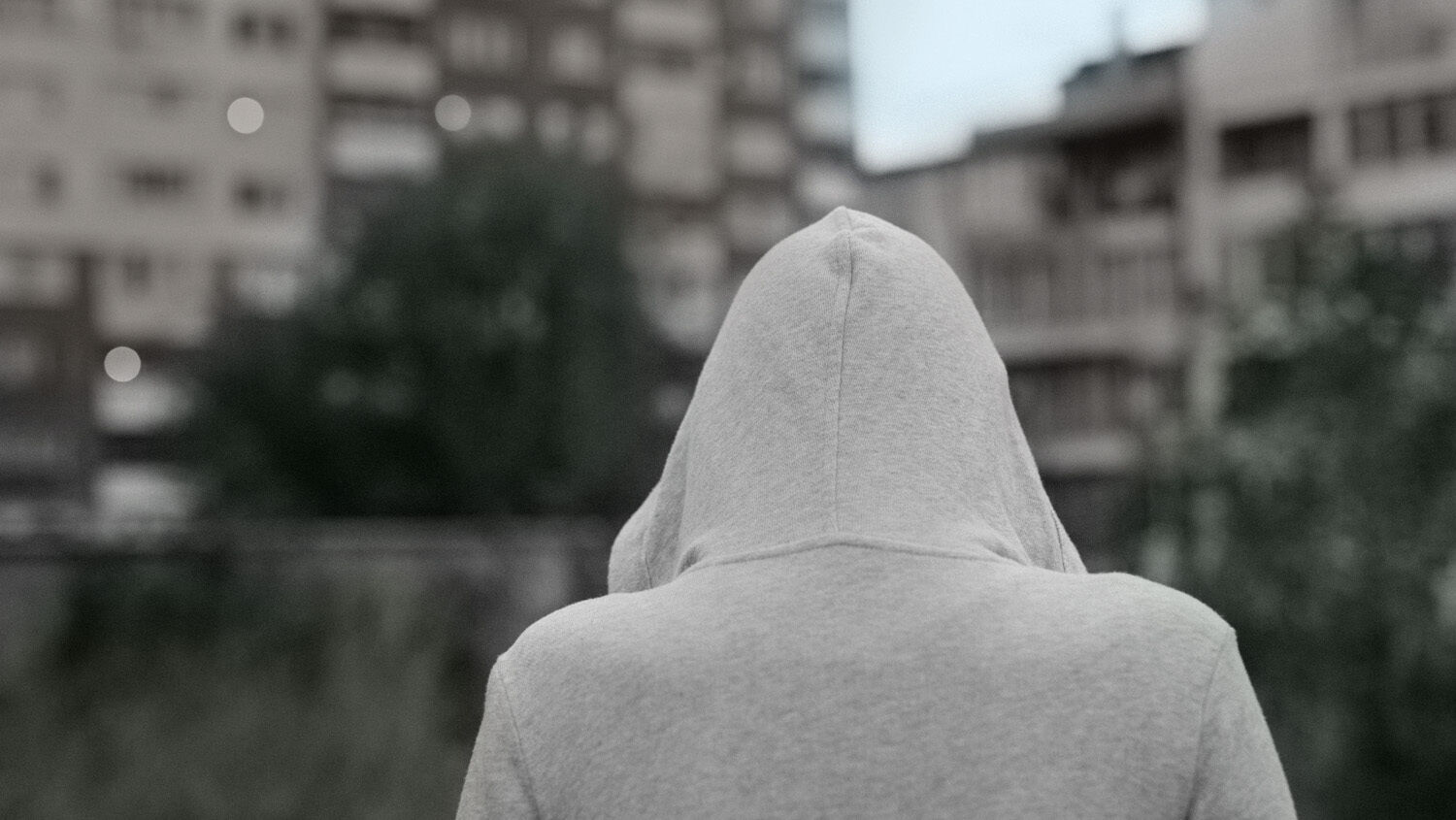 The tragic fruits of broken families

In the early morning hours of June 24, James Lambert Jr. was walking along Cecil B. Moore Avenue in Philadelphia. The 73-year-old man had walked along that street for decades without incident. But this time, a group of teenagers and preteens emerged from the shadows and began accosting him. Lambert tried getting away by crossing the street. But seven of them chased after him; one of them picking up a traffic cone. As Lambert made it to the sidewalk, he was struck in the back of the head with the traffic cone and fell motionless onto the pavement. A young girl picked up the cone and hit Lambert in the head again. Lambert was able to get up and tried again to escape. Security footage shows that same girl picking up the traffic cone again and chasing after him. Lambert would later die from his injuries of blunt force trauma to his head. Many of the teens were seen recording the murder on their phones.

Police released the security footage and offered $20,000 to anyone who could provide information leading to an arrest. Fox 29 reported that two of the attackers turned themselves in: “Two brothers, ages 10 and 14, turned themselves into Philadelphia Police Homicide Unit on Monday in connection to the brutal death. The 14-year-old has been charged with third-degree murder and conspiracy, while his 10-year-old brother was released after not being charged with a crime.”

Why was a group of children, as young as 10, on the street at 2 a.m. by themselves? A couple of weeks later, Philadelphia introduced a 10 p.m. curfew for all young people under 18 years old. If a youth can’t be reunited with his or her family, curfew centers and community centers will take the youth in for the night.

After the attack, Lambert’s niece asked an important question: “Where are the parents?”

What occurred in Philadelphia is not unusual in many of America’s bigger cities. Youth crime and violence have become a permanent fixture of American society and is directly linked to America’s broken families.

“Pennsylvania, like many states nationwide, is experiencing a youth-crime crisis,” wrote Michael Torres in City Journal. “Data from the state’s Juvenile Court Judges’ Commission suggest that a major factor in crime among youth is family structure. More than 80 percent of every juvenile court disposition in 2021 involved a young person who lives in a broken home, without two married parents. Nearly 48 percent live with a single mother, while a mere 15.5 percent live with both parents. Similar trends hold up year after year after year.” Study after study displays the link between broken families and juvenile crime, especially with fatherless children. City Journal continued:

“America’s young man problem is disproportionately concentrated among the millions of males who grew up without the benefit of a present biological father,” a recent [Institute for Family Studies] brief concluded. “The bottom line: Both these men and the nation are paying a heavy price for the breakdown of the family.”

In Pennsylvania, 33 percent of households have a single parent, and in Philadelphia, it is over 50 percent. In the United States, 1 in 4 youth live without a father in the home, which is over 20 million kids. Additionally, 57.6 percent of black children, 31.2 percent of Hispanic children, and 20.7 percent of white children are living without their biological fathers. We write in The Ten Commandments:

We must understand what current trends in youth violence mean. … Some experts say that crime overall is dropping off. Yet usa Today noted that school-safety advocates see a sharp rise in gang-related activities. Gang watchers know that gang activity is spreading like a plague to hundreds of cities nationwide. This means it is most likely that the coming years will be even more violent. What can we do? Simply throwing more money at the problem will not solve it.

Let’s admit the truth. The youth violence crisis has its origins in early childhood in the home. A person’s attitudes about authority, property and how to treat others starts in the nursery. To stop world violence caused by adults or youth, we must fix our families.

Many of these families become caught in generational cycles of destruction. Stuck in low-income housing or areas of poverty, children repeat the pattern of broken family life when they become older, and once a youth commits a crime it impacts his social mobility. Oftentimes these cycles begin with the father leaving the picture. It is incredibly difficult to change the generational direction of families because the children are not just a victim of circumstance but of a way of thinking.

Despite this connection being a well-established fact, little is done to strengthen the family. In fact, programs and policies often attack the traditional family structure. Governments introduce social programs, gun regulations, curfews, billions of dollars for community programs, psychiatrists and social workers, while pushing Marxist, transgender policies that weaken families.

Education has been undermining traditional fatherhood and masculinity for decades while pushing kids toward radical activism. Hollywood and Disney have been promoting an anti-family narrative. There is a society-wide attack on family, a society-wide breakdown of family, and thus a society-wide rise in youth violence. (You can read more about this in our booklet Conspiracy Against Fatherhood.)

In 2012, America suffered through the “knock-out game,” where teenagers would randomly assault passersby and post the attacks on social media. Several people were murdered by groups of teenagers as they punched and kicked people to death. Similar “games” happen year after year. Four-year-olds have shot at police and attacked them.

Youth violence is primarily tied to broken homes and fatherlessness. Children are not educated, supervised or subjected to authority. Radical governments and leaders push policies attacking the traditional family. At times, families can become trapped in cycles of broken homes and criminal behavior. Yet all these factors are being driven by two important spiritual factors.

The late Herbert W. Armstrong explained the cause of youth violence in The Missing Dimension in Sex: “The true answer is this: Something has been taken away from this Earth that sorely needs to be restored! That ‘something’ is knowledge of, respect for and obedience to the government and the law of God!”

Everything described in this article is the consequence of breaking God’s law! God prophesied that our modern nations would suffer from a lack of fathers and male leaders, and that children would become oppressors over us (Isaiah 3:1-12). Parents don’t know how to raise their children, because they are lacking the missing dimension of God’s law and government. This is the law of cause and effect.

Yet the entire world is deceived by the second spiritual factor: Satan the devil (Revelation 12:9). Trumpet editor in chief Gerald Flurry writes in America Under Attack: “Ephesians 2:2 calls Satan ‘the prince of the power of the air, the spirit that now worketh in the children of disobedience.’ The devil is stirring up people’s emotions, moods and attitudes. When people get into a negative emotion or bad attitude, he works on those people even more. He has power to influence those wrong emotions; he has deceived the world through them! People don’t understand God’s Word—they lack spiritual depth—so they simply follow along emotionally, and Satan deceives them.” Satan has orchestrated the society-wide attack on family and fatherhood. Satan also broadcasts the feelings of hatred and anger that push embittered young minds to commit terrible acts. Broken families leave youth even more vulnerable to this satanic influence.

This is a sober reality that every parent and youth must come to grips with. The rise of youth violence is really the effect of spiritual causes. Only the Bible can reveal how to have successful families and how to solve these nation-crippling problems. Despite these sober tidings, God has a master plan that will will fix broken families, stop youth violence, and open the door for unparalleled joy and happiness. Believe it or not, this master plan is already in motion, and a small part of it is happening right now.

Each year, the Philadelphia Church of God hosts youth camps for young people in the Church from all over the world. These camps are a small taste of what eventually every young person will have the chance to experience. The Summer Educational Program (sep) is about teaching young people how to live God’s way. Mr. Flurry wrote in 1999:

These summer camps are doing a magnificent job of showing teenagers a better way to have fun and study at the same time. The camps are continuing in the Malachi 4:6 family-building effort begun by Mr. Armstrong to “turn the hearts of the children to the parents” and to God.

In contrast, this present evil world (Galatians 1:4), especially in America, is saturated with disobedience to parents, youth violence, school shootings and gang hatred. Today’s society is filled with adults who were once miserable children growing up in a world filled with wars and strife, riots, bloodshed and murders, anger and hatred—growing up in wretched unhappiness! For 6,000 years, this world has been writing a lesson in human experience—but the world has not learned that lesson!

At [sep], however, that lesson is being taught to our young people so that, if they will put to practice the biblically based instruction they receive, they will not have to experience the horrors and ravages of mankind’s unlearned lessons. What a blessing is this camp! It is like a forerunner of the World Tomorrow.

The Bible prophesies that in the World Tomorrow, “[t]here shall yet old men and old women dwell in the streets of Jerusalem, and every man with his staff in his hand for very age. And the streets of the city shall be full of boys and girls playing in the streets thereof” (Zechariah 8:3-4). Very soon, old men like James Lambert Jr. won’t need to worry about walking through the streets, and the streets will be filled with joyful youth, not crime and violence. That future is being pictured at sep, and it is a bright example of hope for these perilous times.

To learn more, please read Conspiracy Against Fatherhood and America Under Attack.