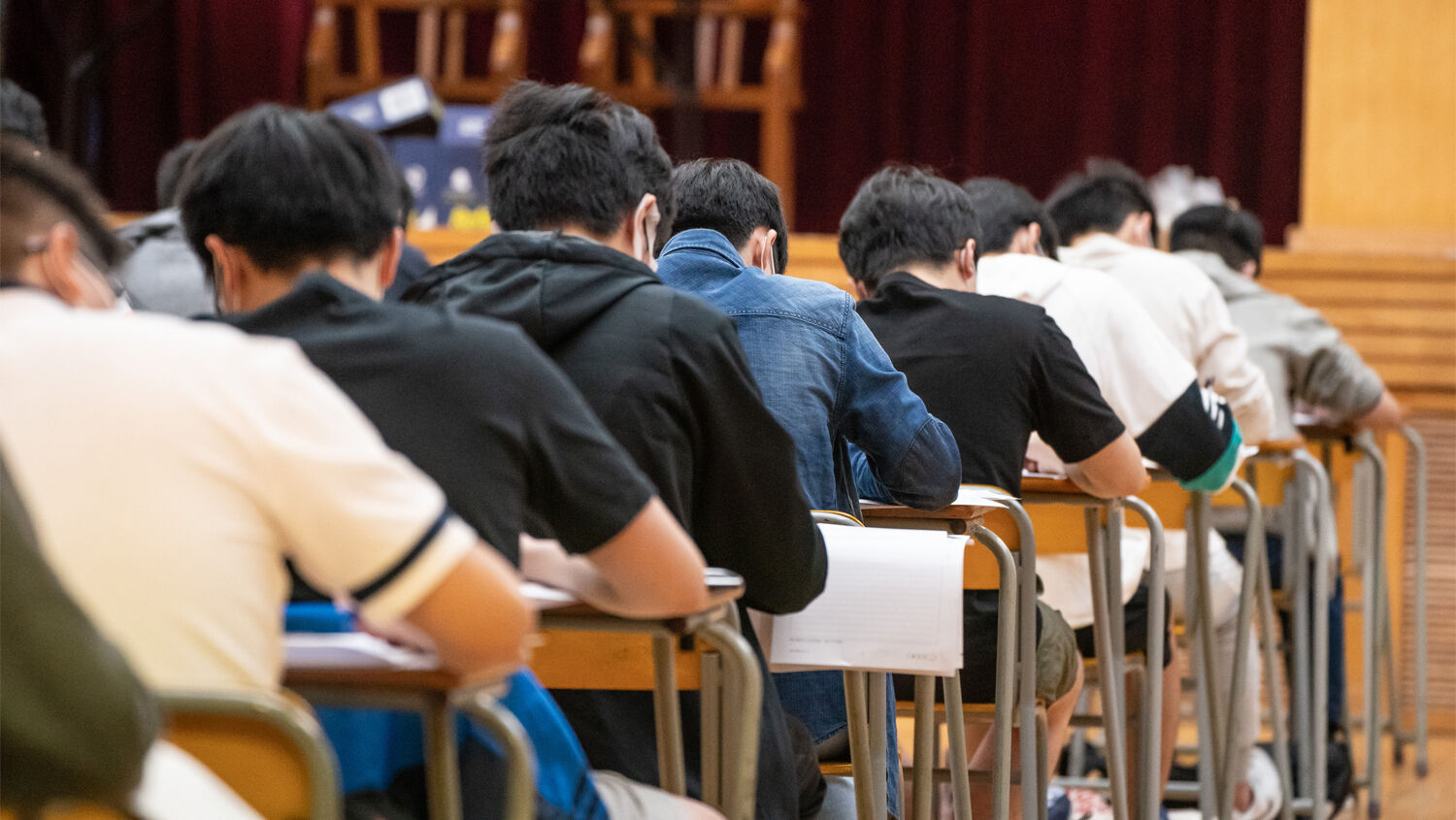 When Hong Kong high school students begin classes in September, they’ll be learning from a new set of textbooks that teach blatant lies in order to turn them into blindly loyal Chinese nationalists.

New textbooks for use in Hong Kong schools teach that the city was never a colony of Great Britain, the South China Morning Post reported on June 13.

Four new sets of books, used for high school civics classes, teach that since the Chinese Communist Party (ccp) doesn’t recognize the 19th-century agreements that gave Great Britain control of Hong Kong, the territory was never a British colony. The teaching conforms with a ccp stance dating back to 1972, when China pressured the United Nations to remove Hong Kong from a list of British colonies because the ccp didn’t recognize treaties the Qing Dynasty and later Chinese governments had signed with the British.

The Communist regime may not see those treaties positively, but Hong Kong’s history as a British colony is undeniable. And it is overwhelmingly positive history. Before Britain raised its flag over the territory in 1841, Hong Kong Island was a sparsely inhabited area of just a few small fishing villages. Official census data shows that only 7,450 people lived there. British Foreign Secretary Lord Palmerston famously called it “a barren island with hardly a house upon it.”

But after Hong Kong Island was ceded to Britain in the First Opium War, the British began developing and governing it with their law-based system. Hong Kong immediately became a hub for European traders eager to do business with China under British protection. Chinese nationals flocked there for jobs building a new town. And as mainland China underwent bouts of upheaval, several waves of Chinese refugees fled to Hong Kong. In 1898, the British signed a new treaty that gave them control over the surrounding New Territories for 99 years. Meanwhile, more people kept moving in, and by 1956, the population of Hong Kong had soared to 2.5 million.

Under British government, the flourishing territory took on a unique identity. “British rule,” Steve Tsang writes in A Modern History of Hong Kong, “led to the rise of a people that remains quintessentially Chinese and yet share a way of life, core values and an outlook that resemble at least as much, if not more, that of the average New Yorker or Londoner, rather than that of their compatriots in China.”

As Hong Kong progressed through the 20th century, its population and wealth continued to mushroom. It became the world’s eighth-largest trading entity, the third-highest-ranking center of global finance, and one of the most densely populated and richest places on Earth. As a British colony, the “barren island” was dramatically transformed into a model of opulence, modernity and rule of law.

That is the true and inspiring history of Hong Kong.

It is history that not just the British but also the people of the territory should take pride in. Its success was made inescapably clear in 1997, when the 99-year treaty expired. As the ccp finalized the deal to end British rule there, it committed itself to giving Hong Kong 50 years to maintain its social and economic systems, as well as its rule-of-law based judicial system.

Why would the highly nationalistic leaders of China risk letting part of their country have far broader freedoms than the rest? Because despite the Chinese leadership’s hatred of the West (and especially Britain’s colonialism), they couldn’t deny that the system the British had established there was extraordinarily successful. In 1997, Hong Kong’s population—6.4 million—comprised only half of 1 percent of China’s total population. Yet Hong Kong’s economy then accounted for a stunning 18 percent of China’s gross domestic product. The territory’s gdp per person was $25,292, while the figure for mainland China was less than $800.

These stunning economic figures reveal how truly remarkable Hong Kong’s system was. And that system was the result of Hong Kong having been a colony built by the British system for a century and a half.

But the Chinese leadership grew hostile to Hong Kong’s freedoms, particularly since its people sometimes protested instances of Beijing breaking its promise to let them maintain their systems. In 2019, the protesters’ numbers swelled into the millions. China responded by imposing sweeping national security laws on Hong Kong and using them to dismantle its independent news outlets and to prosecute thousands who loved the legacy of British rule and wanted to preserve it. China replaced the old judicial system based on the British model of rule of law with ccp enforcers who operate above the law in any way that will tighten the Communist Party’s grip—just as the ccp’s paramilitary forces do in the mainland.

With these measures, the ccp has silenced those who appreciate British rule and wish to keep operating on those principles. It has muzzled them and turned Hong Kong into just another oppressed Chinese city.

But Chinese General Secretary Xi Jinping is not content to control Hong Kong only in the present. He is also determined to safeguard ccp control of the territory’s future by actively shaping the worldview of the next generation to fashion them into Chinese nationalists and ccp loyalists.

That is why he’s is revising the history that young Hong Kongers are taught. “It’s about trying to make sure the next generation of young kids are going to be supportive or at least sympathetic to what the government is saying,” Jeffrey Ngo, a Hong Kong pro-democracy activist at Georgetown University, told the New York Times. “This is part of the remake of Hong Kong in the national security era,” he said, adding that the move with the new books “is a shorthand for saying, ‘Hong Kong was always a part of China, thus Hong Kongers never could claim a right of self-determination.’”

The new books also teach that the 2019 protests were “violent terrorism” and were caused mainly by “interference by foreign forces.” That is not based on facts.

But Steve Tsang says that in Xi’s approach to history, “facts are merely incidental.” The only thing that matters is “interpretation,” he says, and “only one interpretation is allowed.”

That “one interpretation” was spelled out last year by Hong Kong’s former top leader, Leung Chun-ying: “Many friends in Hong Kong, including some from the opposition camp, say they love Hong Kong very much… How did the Hong Kong they love so much come into existence? It exists under the People’s Republic of China, which is being ruled by the Chinese Communist Party. The Hong Kong that we love so much, including our way of life and the capitalist system, was designed by the Chinese Communist Party.”

This is a blatant lie. But it is essentially what the new textbooks teach. They acknowledge that Britain imposed “colonial rule” on Hong Kong but deny that that rule was legitimate or that it had any positive influence on the territory. Anything positive was from the ccp, they insist. And these books are just one component of an entirely revamped educational system that the Chinese Communist Party is implementing in Hong Kong. The general purpose, in Leung’s words, is to “protect young minds.”

The truth, whether or not the ccp approves of it, is that American and British leadership stabilized much of the world for decades and advanced civilization for numerous peoples and nations. And this is perhaps more evident in Hong Kong—the barren island turned to a beacon of prosperity and law—than anywhere.

But the Anglo-American era is coming to an end, and clouds are now gathering for a dark new epoch.

Luke 21:24 calls this future era “the times of the Gentiles.” In his February 2020 article “The Climax of Man’s Rule Over Man,” Trumpet editor in chief Gerald Flurry discussed this coming epoch, explaining that the term Gentile in this context refers to “two major powers—one revolving around Russia and China, and the other around Germany. Each will have strong allies ….”

When these “times” are in full effect, United States influence will have vanished. And nations such as China will have filled the vacuum of power. “These ‘times of the Gentiles’ are yet to be fully realized,” Mr. Flurry wrote. “However, we are in the outer edges of this catastrophic storm.”

In Hong Kong, the effects of the transition from Anglo-American rule to Gentile rule are on display in microcosm. The ccp’s abusive rule there gives us a preview of how dark and violent the “catastrophic storm” will be.

Luke 21:26 says “men’s hearts” will be “failing them for fear.” But the very next verse shows that the violent storm will break up, giving way to a spectacular radiance: “And then shall they see the Son of man coming in a cloud with power and great glory” (verse 27). These times of the Gentiles, the overcast outer edges of which the world is already in, transition directly into an utterly revolutionary new era of truth and peace.

To understand the significance of mankind’s shift into the times of the Gentiles, and the hope that lies on the other side of them, read “The Climax of Man’s Rule Over Man.”