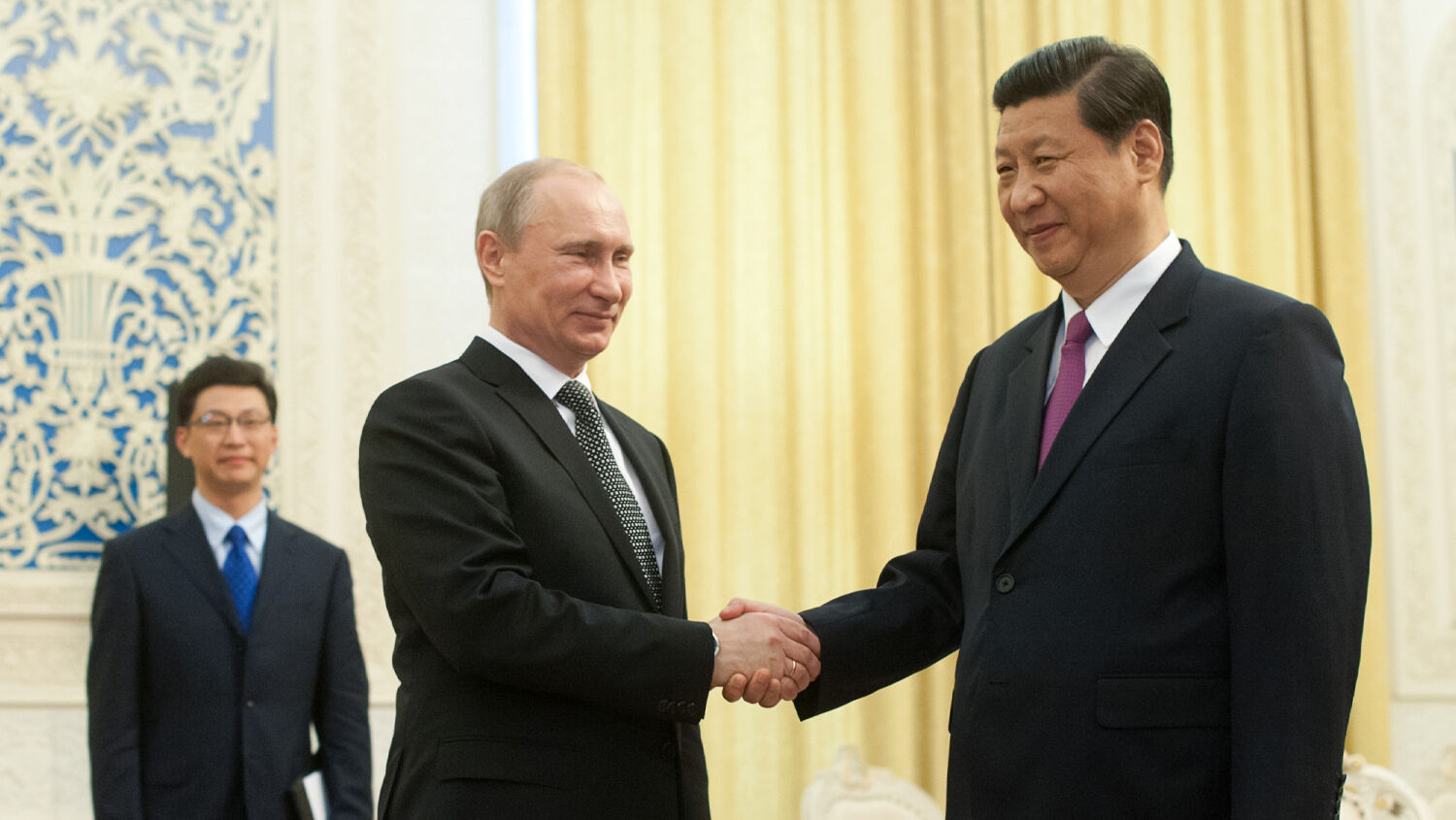 China and India are supporting an invasion that is unleashing staggering suffering on millions of people.

“No matter how the international landscape may change, China will continue to strengthen strategic coordination with Russia,” the Chinese Foreign Ministry said on April 18.

The statement was only the latest Chinese declaration of support for Russia since February 24 when Vladimir Putin dramatically escalated his war on Ukraine. And Chinese Vice Foreign Minister Le Yucheng said the support goes beyond words, citing an increase of almost 30 percent in trade between China and Russia during the first quarter of the year. The increase, he said, is proof of the “tremendous resilience” of their bilateral cooperation.

Meanwhile, India resumed exports of food products to Russia in mid-April that had been stalled since late February. Shipments of rice, tea, fruit, coffee, confectionery goods and marine products resumed delivery and are being conducted largely in Russian rubles and Indian rupees. India is also buying Russian oil once again, after forgoing purchases in February. Data compiled by Kpler shows that contracts for March and April have already reached 14 million barrels.

Added to the economic lifelines are China’s and India’s persistent refusals to condemn Russia’s unconscionable war in the United Nations.

These developments show that while much of the Western world works to pressure and isolate Russia for its savage war, China and India are mitigating the pressure and precluding isolation. In so doing, they are supporting an invasion that is unleashing staggering suffering on millions of people.

This means that rallied behind Vladimir Putin and Russia’s 144 million people, potentially stand China’s population of 1.4 billion as well as India’s 1.4 billion. And backing Russia’s second-most powerful military in the world potentially stand China and India with the third- and fourth-most powerful military forces. Alongside Russia’s 6,250 nuclear weapons, may be China’s 300 and India’s 100.

Of course, conducting trade and refusing to condemn the war in the UN don’t equate to solidified military unity between the three powers. But these measures do provide strong indication of where Beijing and Delhi would throw their weight in the event of global conflict.

The Trumpet and our forerunner magazine the Plain Truth have forecast for over 60 years that Asia’s powerhouse nations will band together and form a massive axis. The December 1959 issue of the Plain Truth wrote: “Russia’s program is not to take Europe and to attack the United States, first. [Instead it] calls first for the seizure of Asia. Lenin wrote that the way to Paris, London and New York is via [Beijing] and Delhi! … [China’s] constant dream for centuries has been ultimate world conquest! … China knows, however, that in this highly industrialized age she can accomplish this dream only as an ally of Russia. … [Russian leaders] will ultimately control not only the Russian states, but China … and India as well!”

The Plain Truth and Trumpet have been issuing this same forecast for more than six decades because our analysis is built on a source of intelligence altogether different from those most analysts use: the Bible. Trumpet editor in chief Gerald Flurry explained in “Asia Still Stands With Putin” from our latest issue:

Two of the largest, most populous, most powerful nations in the world are supporting Putin! This is a stunning fulfillment of a biblical prophecy! … We and the Plain Truth before us have been anticipating it for more than 60 years. As I explain in The Prophesied ‘Prince of Russia’ Ezekiel 38:2 foretold the Russian power we now see rising, led by a rō’š nāśî’ (or “prince of Russia”). This scripture also mentions “the land of Magog,” which includes modern China and other nations. This indicates that this Russian leader will rally other Asian peoples behind Moscow.

An army of 200 million soldiers is far more than Russia could ever field on its own. But once you factor in China and India’s billions, it’s plain to see how an army of that size could come together under “Prince” Putin’s leadership. And as China and India keep throwing Putin lifeline after lifeline, they are setting the stage for that very development.

To understand the significance of these events, and the hope that is tied to them, read “Asia Still Stands With Putin” and order your free copy of Russia and China in Prophecy.