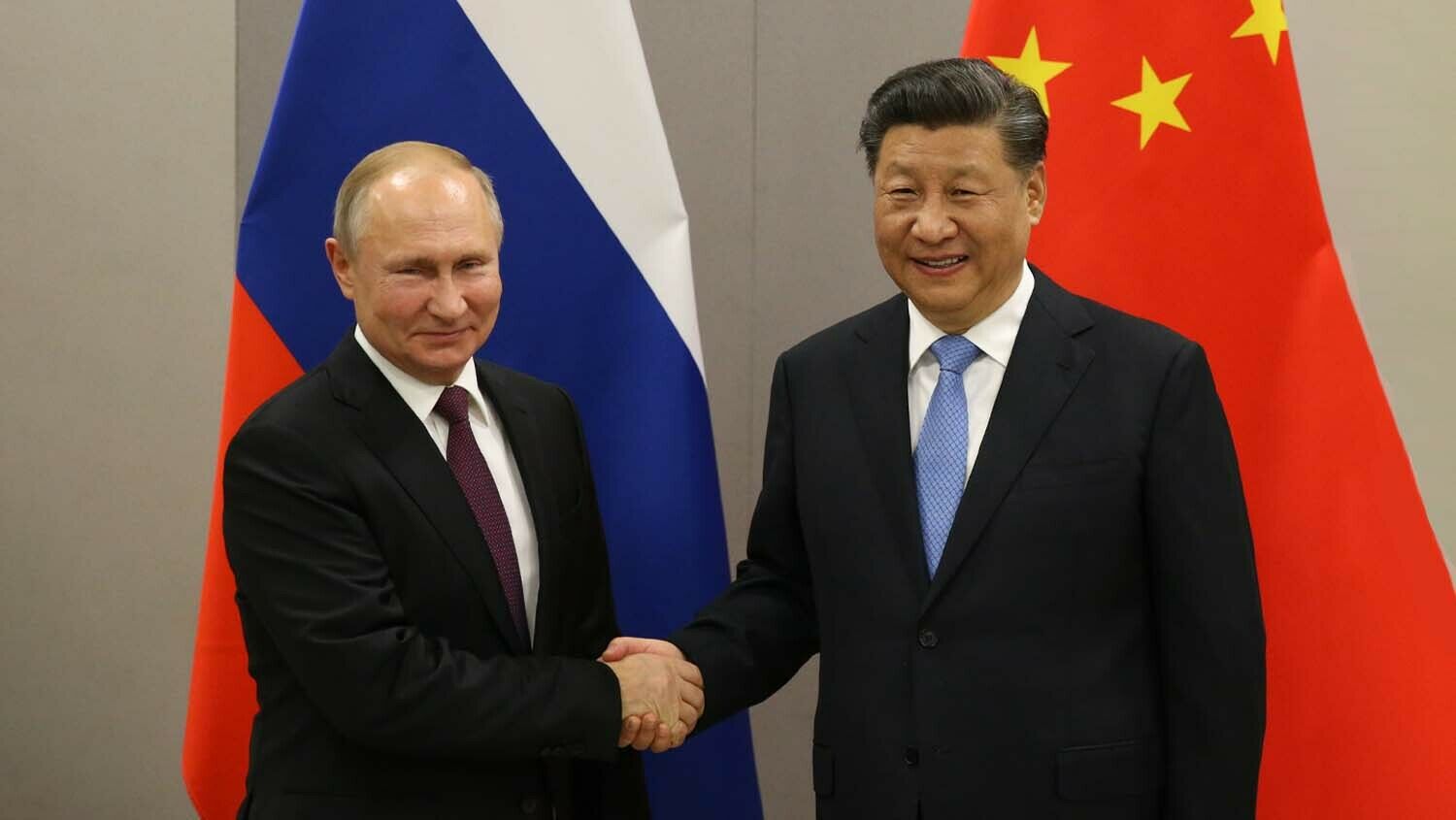 Chinese General Secretary Xi Jinping said during a December 15 video call with Russian President Vladimir Putin that the relationship between their two nations is now better than a formal alliance.

“In its closeness and effectiveness,” Xi said, “this relationship even exceeds an alliance.” Russia and China “firmly support each other on issues concerning each other’s core interests and safeguarding the dignity of each country.”

Putin said the two had forged a “new model of cooperation” that is “based on foundations like noninterference in domestic affairs and respect for each other’s interests.”

Xi Jinping’s “domestic affairs” and “interests” at present include obliterating any remaining vestiges of democracy in Hong Kong, conquering Taiwan, crushing China’s Uyghur minorities by the most perverse methods imaginable, and colonizing the South China Sea. Putin’s include creating both an energy and a migrant crisis in Europe, reigniting war in the Balkans, eradicating any chance of Ukraine joining the North Atlantic Treaty Organization or the European Union, and, while he’s at it, neutering nato. And in all of these, Russia and China want the world to know that they have each other’s backs.

European gas price has just hit an all-time high of $2,000 per thousand cubic metres (+16% in one day) after the gas flow via Yamal pipeline has once again dropped to zero this morning. This great chart from @JavierBlas shows the levels of Yamal flows over the past year. pic.twitter.com/DdYTibCYaF

Due to their malign actions, China faces a humiliating Western diplomatic boycott of this winter’s Beijing Olympics and Russia faces threats of intensified Western sanctions. But such moves and threats by the West are not softening hearts in Moscow or Beijing. Putin and Xi’s demonstrations of solidarity are designed to show the United States and other Western powers that neither will change their behavior due to pressure tactics. Instead, they will increasingly support, turn to and depend on each other.

Xi Jinping noted during the conference that it marked the 37th time the two men have met since 2013. Russia and China have also held dozens of joint military drills in recent years, during which each side has been trusted with confidential, extremely sensitive information about the command and control, communications, computer, intelligence and surveillance operations of the other.

Also significant is the soaring volume of direct technology transfers occurring between the two, the coordination of nuclear forces, and China becoming the largest and most reliable customer for Russia’s weapons industry. Further, Russia and China maintain long-term strategic dialogue at most every rung in the highest levels of government.

This all reveals a truly rare level of mutual trust that has developed between Moscow and Beijing. Many geostrategists around the world agree with Putin’s assessment that it constitutes a “new model of cooperation.” Perhaps it is one that already “exceeds an alliance.” In either case, the Russia-China axis points to dark times on the horizon.

For over half a century the Trumpet and our predecessor, the Plain Truth, have proclaimed that Russia and China would draw close. Even during the 1950s and 1960s when Russia and China were at each other’s throats over their shared border and threatening nuclear war, we maintained that they would lay aside their differences and enter an era of close cooperation. We held fast to this forecast because Bible prophecy shows that this tandem will soon lead a multinational military force larger—by orders of magnitude—than any the world has ever seen. Revelation 16:12 calls this power “the kings of the east.” Revelation 9:16 says it will include 200 million soldiers. These prophecies, alongside passages in the books of Ezekiel, Daniel and Joel, make plain that this powerhouse will play a major role in the third and final world war.

Russia and China are prophesied to join their forces and bring other Asian nations under their power. With their steady stream of joint military drills and high-level meetings, including last week’s videoconference, the stage is being set for the fulfillment of these prophecies.

World events today date the Bible’s prophecies. Headlines we see each week provide a sobering indication of where humanity is in the overall time frame of end-time prophecies.

In 2014, just after China publicly backed Russia’s unlawful annexation of Ukrainian territory, Trumpet editor in chief Gerald Flurry said the support was “a stunning fulfillment of a biblical prophecy!” In our May-June 2014 issue, he wrote: “[W]e have been proclaiming for over 50 years that Russia, China and other Asian nations would ally themselves in the end time. … [W]e are in that end time now. … When these Asian nations—extremely powerful nuclear-armed countries—begin to show solidarity with each other regarding moves like that, what does that portend for the world? I tell you it is woe to the world. It will cause many serious problems.”

To understand the Bible passages showing what the “woe” and “serious problems” will be, and the passages revealing the hope that is at the heart of these developments, order your free copy of Russia and China in Prophecy.