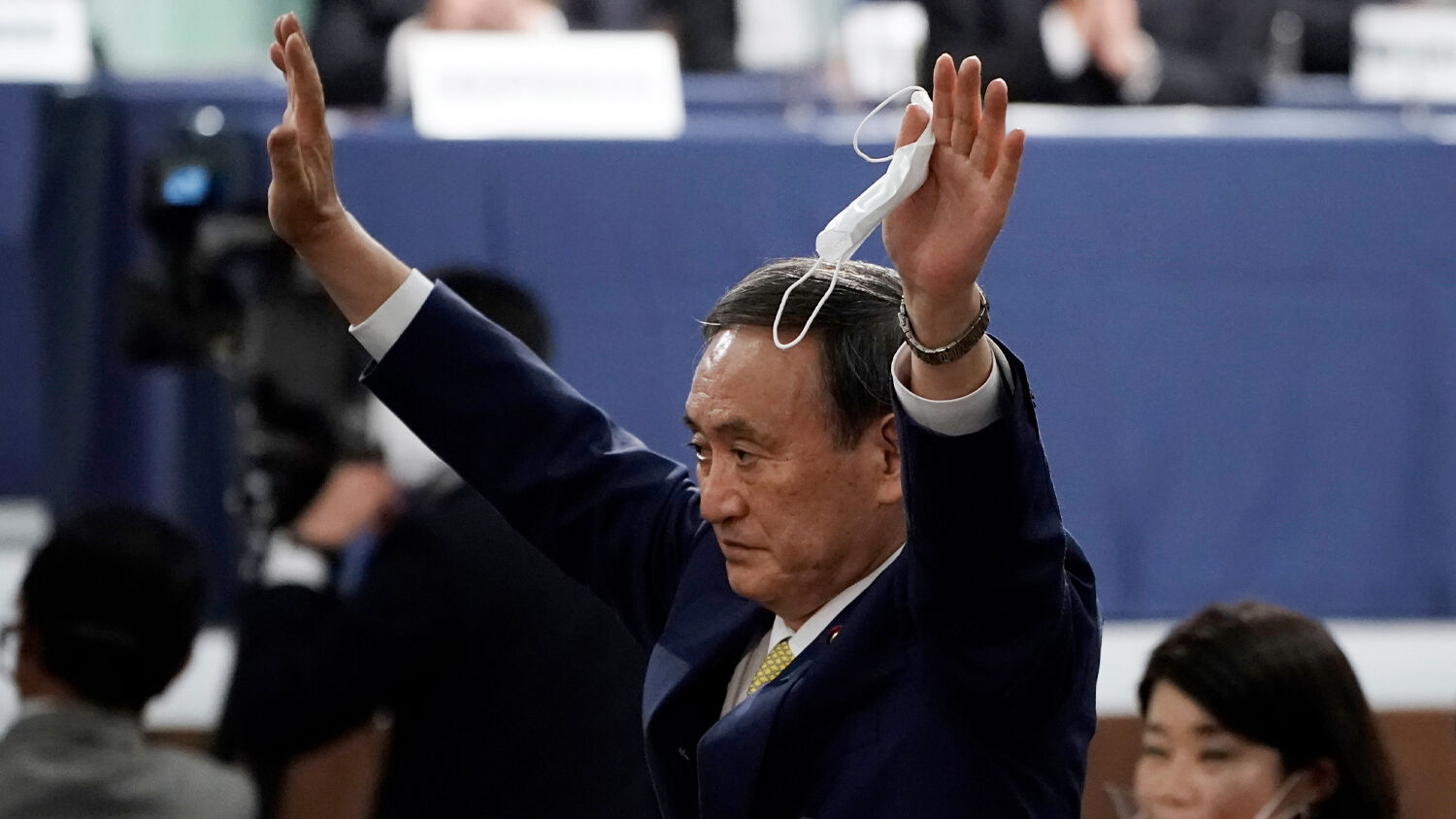 Abe has now left the prime minister’s office, but that does not mean his goals have.

Japanese Prime Minister Shinzō Abe’s resignation was made official last week, clearing the way for Yoshihide Suga to be sworn in on September 16 as the new leader of the Land of the Rising Sun.

Abe is now in the books as the longest-serving prime minister in Japan’s history, having held the office from September 2006 to September 2007, and again from December 2012 until last week when he stepped down due to health problems. In his resignation announcement, he said it pained him to be leaving office without having achieved some of his major goals, including rewriting Japan’s Constitution.

The Constitution was implemented in 1947 under United States occupation. It bans Japan from having a normal military. Article 9 of the document says Japan will “forever renounce war” and declares that “land, sea and air forces … will never be maintained.”

The Constitution has technically governed Japanese affairs since it was implemented. But during those seven decades, the Japanese have made several significant moves away from pacifism. The first came in the early 1950s, with the establishment of the National Police Reserve. In 1954, Tokyo enlarged this into the Japan Self-Defense Force (sdf), which evolved over the decades into the ultra-modern assemblage of land, sea and air forces that the nation now boasts.

Abe, like many in the Liberal Democratic Party (ldp), sees Article 9 as a humiliation. He wanted it not just partially ignored, but officially changed. “The U.S. has amended its Constitution six times,” he told Time in 2014, “but Japan has done it zero times. … I say we should change our Constitution now.”

Throughout his tenure, Abe pushed for this change and also for more subtle moves away from pacifism and toward military normalization. From 2014 to 2015 he scored a major victory by passing legislation that reinterpreted the sdf’s role and gave it the ability to fight with allies overseas. The sdf lost no time exercising this new latitude: In 2016, for the first time since World War ii, Japan deployed troops abroad who were given a mandate none of their countrymen had for some 70 years: They were armed and authorized to use force.

These were key victories for Abe, in his nationalist desire to fully normalize Japan’s military. But they fell short of his ultimate aim to officially amend the Constitution.

“It is gut wrenching to have to leave my job before accomplishing my goals,” Abe said in his resignation speech.

But even though Abe has now left the prime minister’s office, that does not mean his goals have.

Yoshihide Suga served as Abe’s internal affairs minister from 2006 to 2007, and was instrumental in helping Abe reclaim control of the ldp in 2012. Abe rewarded Suga for this vital help by making him chief cabinet secretary. In this position, Suga helped formulate and achieve Abe’s most important initiatives, including the landmark reinterpretation of the sdf’s role.

Suga was truly Abe’s right-hand man. And after being sworn in, the 71-year-old made clear that he does not plan to use his premiership to innovate, but rather to follow in his predecessor’s footsteps. “We need to inherit and facilitate policies promoted by Prime Minister Abe,” he said after the vote. “I recognize that I carry that mission.”

So under Suga, the operative word for Japan will be continuity.

Japan will quietly continue taking steps to abandon pacifism. It will continue to gradually, almost stealthily, move away from its security reliance on America. It will continue to push through Abe’s proposal to reject U.S.-made missile defense systems and instead authorize Japan for the first time to preemptively strike missile sites in other nations. It will continue boosting the nation’s military industrial capacity and all areas of military might.

Also notable is that like Abe, Suga is a member of the Nippon Kaigi, or “Japan Conference.” This is a highly nationalistic and somewhat secretive organization determined not just to normalize the nation’s military but also to teach history in a way that instills patriotism in young students, and restore the imperial family as the center of Japanese life.

Here again, we should expect the goals Abe had in these areas to continue under Suga.

And in light of Japan’s history, all of Abe’s goals that will now continue under Suga should arrest our attention: Before and during World War ii, Imperial Japan carried out some of the most heinous brutality in humankind’s bloodstained history. The Japanese troops’ mercilessness and persistence were largely fueled by having the “divine” imperial family at the center of their lives. This toxic thinking rendered many Japanese, soldiers and civilians alike, incapable of surrendering—even when facing insurmountable odds.

By the conflict’s final days, Japan had been warring for a decade and a half. Nearly 3 million Japanese were dead, with millions more wounded or ill. Most of the population was starving, and the country lay in ruins. Yet even then, soldiers and civilians typically would not surrender. Nothing short of two atomic weapons was forceful enough to bring an end to the nation’s perverse military zeal.

When in “war mode,” the Japanese tend toward unusual fervor and fanaticism. It was in recognition of this fact that after World War ii, the U.S. forced pacifism upon the nation and made Japan dependent on America for its defense.

Japan’s move away from pacifism and toward militarism, which will continue under Prime Minister Suga, is also significant because it is creating the conditions for specific Bible prophecies to be fulfilled. Scripture shows that in the fast approaching final world war, one of the main players will be a gargantuan Asian power bloc. Ezekiel 38:1-2 show that this bloc will be led by Russia. Verse 6 includes ancient names for the peoples who make up modern-day Japan, showing that Tokyo will be absorbed into this Russian-led juggernaut. Japan’s continued militarization today is setting the stage for that prophesied Asian bloc to coalesce into a military force of unfathomable destructive power.