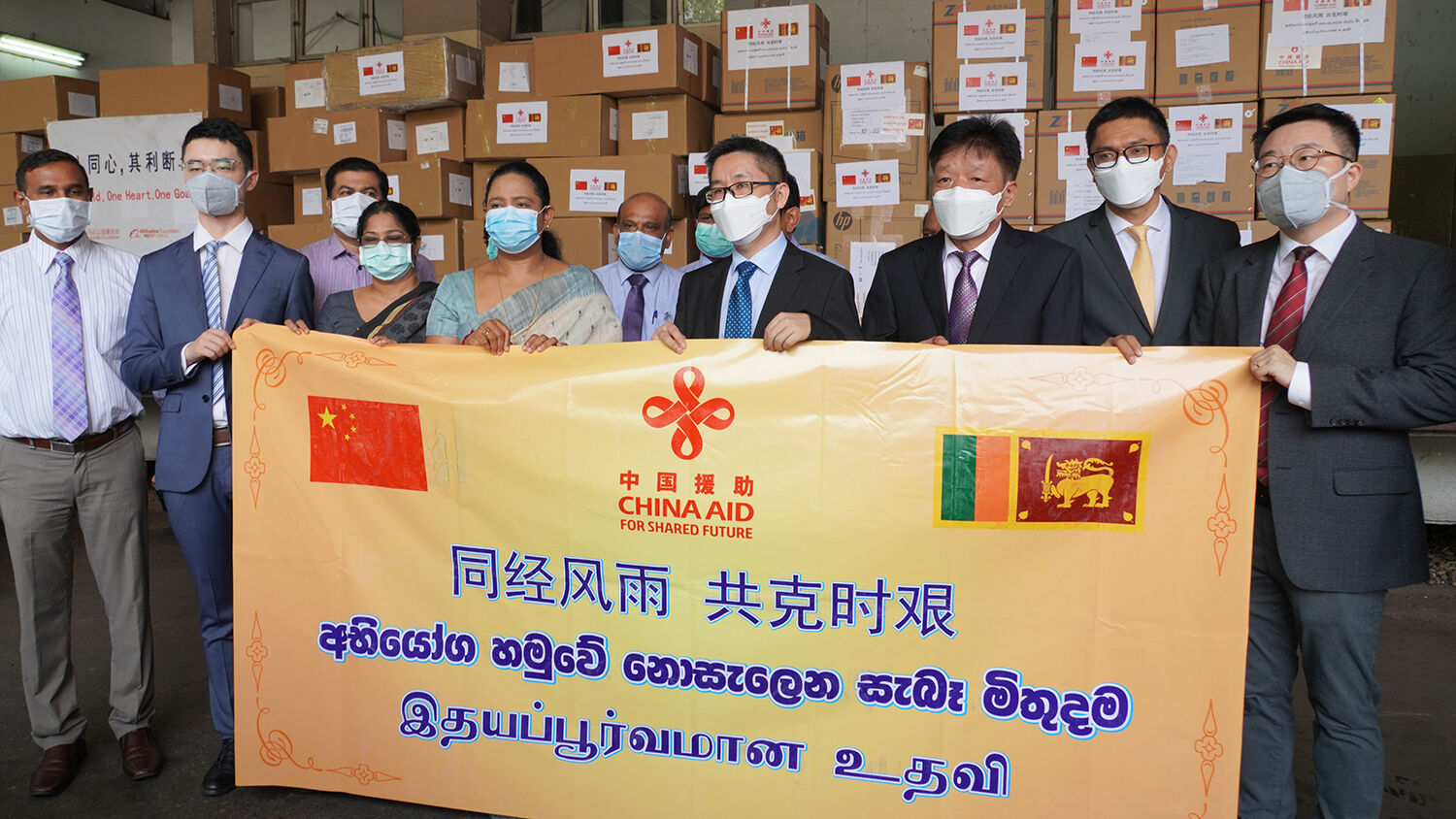 Beijing’s lifeline to Sri Lankans throughout the coronavirus pandemic helps it strengthen its hold on another vital ‘sea gate.’

As Sri Lanka went on lockdown to contain the covid-19 pandemic some five weeks ago, it issued a call to the international community for help treating its population and determining when it could safely reopen. China has been eagerly answering that call.

China’s state-run Xinhau news agency called attention to the assistance on April 8, writing, “China has stepped up its efforts to provide humanitarian assistance and medical aid to Sri Lanka.”

Both the United States and the European Union eventually responded to Sri Lanka’s request for help on April 9. But by then, China was already deeply entrenched on the island, and the Chinese aid packages were considerably larger than those of America or Europe.

So, it is China that Sri Lankans view as their deliverer in this time of need. “[W]e stand in solidarity with the people and the government of China at this hour of difficulty,” said the acting ambassador of the Sri Lankan Embassy in China.

Sri Lanka’s willingness to embrace China and become more deeply beholden to it is particularly significant, since Sri Lanka is the textbook case analysts often point to to see the perils of China’s “debt-trap diplomacy.”

After Chinese President Xi Jinping rolled out his Belt and Road Initiative (bri), Sri Lanka was among the most enthusiastic nations to welcome China’s quick cash. It accepted billions of dollars in loans for such projects as the Rajapaksa Port in Hambantota.

This port is at a key location for the maritime “road” part of China’s bri. But for the Sri Lankan economy, the project was a bust. Rather than fuel growth, the port (and other Chinese-funded infrastructure projects) plunged Sri Lanka deeply into unsustainable debt.

By 2016, one third of Sri Lanka’s total government revenue was going toward servicing Chinese loans, and the nation was forced to apply for debt relief with the International Monetary Fund. From there, the situation only got worse.

As pressure intensified and options narrowed, Sri Lanka’s government determined that the only course of action was to hand China a controlling stake in the Rajapaksa Port for 99 years. The transfer set off alarms in Sri Lanka and beyond because it represented a Chinese victory with considerable military implications. “The acquisition provided Beijing with a deepwater port in the region in which it can dock its navy, off the coast of its key regional competitor, India,” Foreign Policy wrote on Oct. 29, 2018.

The handover was a national security nightmare for Sri Lanka at the hands of the Chinese. And for some time afterward, Sri Lankans warned other nations against accepting China’s “easy” cash and allowing Beijing to build its Belt and Road through their nations.

Now, however, because of coronavirus fears and the way China has stepped in to help Sri Lanka, such warnings have been muted. China appears to have won a major public relations battle, and now Sri Lanka is perhaps more deeply than ever under China’s sway.

At one time, the peoples of Britain and America controlled virtually every important oceanic choke point and sea gate on the planet. Dozens of locations such as the Suez Canal, the Panama Canal, Quebec City, Hong Kong, and the Cape of Good Hope came under their control—including Sri Lanka’s Port of Trincomalee, which Britain took control of in 1795.

Few analysts recognize that the U.S. and Britain coming to control all these oceanic choke points and sea gates was actually prophesied in the Bible.

Mr. Armstrong said the fact that the UK and U.S. acquired all of these strategic oceanic locations itself proves that these countries are the descendants of Abraham’s family. “[W]e must be modern Israel,” he wrote.

The Bible also reveals that the UK and U.S. will later lose possession of those invaluable sea gates.

Mr. Armstrong explained that this was a prophecy that America and Britain would lose control of these sea gates. And throughout his many years of writing and teaching, he witnessed the UK’s loss of control over the Suez Canal, Singapore, Cyprus, the Cape of Good Hope and many others, including its holdings in Sri Lanka. In 1957, London relinquished control of the Port of Trincomalee to a newly independent Sri Lanka.

In the years since, and particularly in the last decade or so, Sri Lanka has moved more and more into the Chinese camp. And now because China is stepping in to help Sri Lanka through the covid-19 crisis, this nation—with its vital sea gates—is becoming even more beholden to China. Another gate has not only been pried away from the the descendants of Abraham, but is now increasingly in the hands of their rival China.

Based on the prophecy in Deuteronomy 28:52, Mr. Armstrong forecast that the trend would only accelerate. In 1980, he wrote, “As the ‘pride of our power’ continues to be broken, as the British continue to lose their foreign sea gates and possessions around the Earth, as America signs away ownership of the Panama Canal—control over this vital sea gate … this focal prophecy alone represents giant proof as to where the modern ‘remnant’ of the peoples of Israel resides today!”

Mr. Armstrong taught that the trend of the U.S. and UK losing possession of foreign sea gates is leading to an age of catastrophe and suffering for the American and British peoples—and for all the world. But he stressed that the suffering has a purpose: It will teach the nations of the world to love God’s law. He emphasized that the time of suffering will be quickly followed by an era of unprecedented peace.

To understand the detailed Bible prophecies Mr. Armstrong based his accurate forecasts on, and the hope that lies at the heart of these trends, order your free copy of his book The United States and Britain in Prophecy.