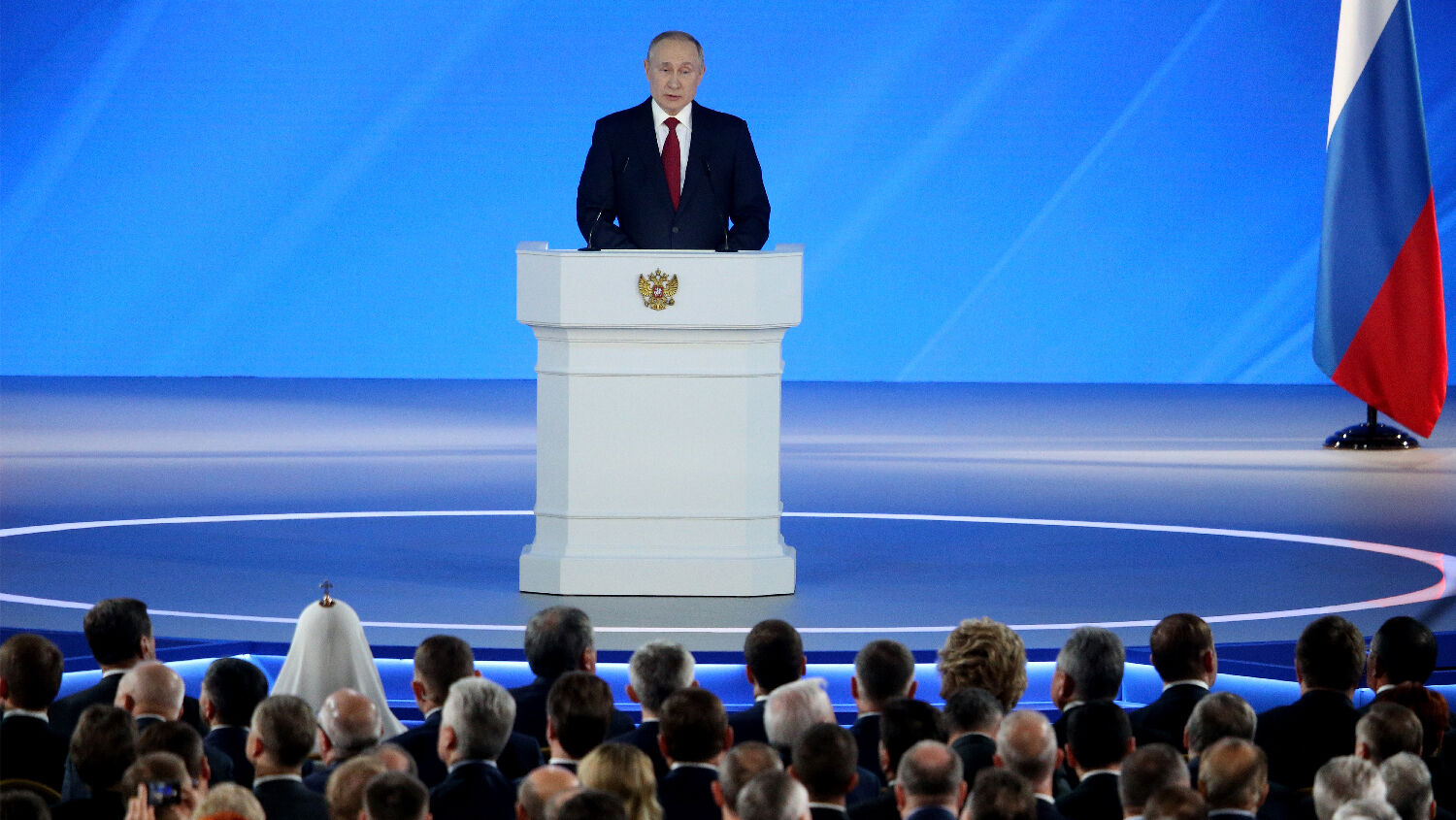 Putin is deliberately weakening presidential powers—just in time for him to step into another more influential office.

Russian President Vladimir Putin has sent shock waves around the world once again. In his January 15 State of the Union address, he announced the most sweeping changes to Russia’s constitution since the document was put into force in 1993. This bombshell was immediately followed by the resignation of Prime Minister Dmitry Medvedev and the rest of the Russian cabinet, a move that will facilitate Putin’s overhaul of the Constitution.

Some details of exactly how the changes will reshape the Constitution and government remain unknown. But Putin’s overarching goals can be discerned in light of the fact that during his 20 years at the helm of Russia, he has killed far too many of his people and stolen far too much of Russia’s wealth to willingly relinquish power. Yet the Constitution, in its present form, would keep him from seeking the presidency again after his term ends in 2024 because it forbids more than two successive terms. Therefore, Kremlin-watchers have been expecting Putin to somehow play the system to stay in a position of power.

Putin successfully played the system in such a way once before. In 2008, after completing two consecutive four-year presidential terms, he handed the presidency over to Medvedev, his subservient protégé, and stepped into the office of prime minister. During this time, Putin kept operating as the true power over Russia in all but official title, with Medvedev functioning essentially as a puppet. Also in 2008, the government extended the presidential term to six years, effective upon the next election. So in 2012, Putin returned to the presidency with a newly extended six-year presidential term. His rule over Russia was official once again, and he won a second six-year term in 2018.

Speculation has been rife that this time around Putin would simply nix the constitutional term limits, particularly since he told reporters last month that the restrictions “could be removed.” But scrapping the Constitution’s presidential term limits was not part of Putin’s new package of amendments. Instead, the overhaul will actually reduce the presidential powers that Putin has labored so arduously over the years to amass.

The reduction in power comes partly by limiting future presidents not just to two consecutive terms, but to two terms—period.

“There can be no second Putin,” senior fellow editor in chief of Carnegie.ru Alexander Baunov wrote of the changes. “Putin’s four terms were needed to help the country recover from the collapse of the Soviet Union. From now on, the maximum reign will be 12 years.”

Presidential power will also be reduced by transferring the authority to appoint cabinet members from the office of president to that of prime minister. Parliament will be given what was long the president’s power to confirm the prime minister and other top officials. And under the new arrangement, the president will not be able to veto parliament’s choices.

So the amendments will make the president far weaker. But the office of prime minister will be considerably stronger, making a return to the prime minister post a safer and more attractive option for Putin after 2024.

Even more likely, though, is that Putin’s eye is on the chief state council post. In the past, this was a largely ceremonial office, but during his address, Putin called for its “status and role” to be “enshrined in the Constitution.” This office will be imbued with new, as-yet-undisclosed powers that will likely be vast.

There is also speculation that after 2024, Putin will become head of the “Union State of Russia and Belarus,” which he is presently working with the Belarussian leadership to bring online.

In actual practice, these specifics will make little difference.

Putin has ruled Russia with an increasingly tight grip for this entire century, and whether he keeps the title of president, or takes that of prime minister, chief of state council, head of the Russia-Belarus Union State or something else, he will remain the true power over Russia and one of the world’s foremost despots.

At various points over the years—following the downing of Malaysia Airlines Flight 17, and after anti-government protests broke out across Russia—choruses of Western voices sang out that the end of the reign of Putin was near. But the Trumpet never agreed with those forecasts. In opposition to many leading analysts, we said: “Putin Won’t Just Survive, He’ll Thrive.” In light of this week’s bombshell announcements, most every Kremlin watcher agrees with our long-held view: Putin is czar for life.

The Trumpet has held to this assertion with conviction over the years, even when appearances seemed to challenge it, because it is founded on specific forecasts from a reliable source: the Holy Bible.

Revelation 9:16, written around a.d. 90, describes an Asian army that will field an army of 200 million soldiers: “And the number of the army of the horsemen were two hundred thousand thousand: and I heard the number of them.” Such a force contains more people than were even alive at the time that was written.

Revelation 16:12 labels the leadership of this gargantuan military bloc as “the kings of the east,” indicating a bloc of Asian countries. Ezekiel 38 shows which nations would comprise this bloc and provides details about the man who will be its primary ruler: “And the word of the Lord came unto me, saying, ‘Son of man, set thy face unto Gog, of the land of Magog, prince of Rosh, Meshech, and Tubal, and prophesy concerning him’” (Ezekiel 38:1-2; Young’s Literal Translation). Anciently, Rosh or Rus was the name of Russia. The Jamieson, Fausset and Brown Commentary and several other Bible sources recognize this.

The passage goes on to describe the campaigns of this force led by the “prince of Rosh, Meshech, and Tubal.” Who is the “prince” directing this vast army?

An examination of these scriptural passages and others, matched to the framework of current events, makes the answer clear. In the September 2014 issue of the Philadelphia Trumpet, editor in chief Gerald Flurry wrote:

Since the Trumpet has this vital understanding of Putin’s role in end-time prophecy, we believe that whatever his official title may become, Vladimir Putin will remain the true power of Russia for the foreseeable future. And he will lead the nation in an increasingly dangerous direction.