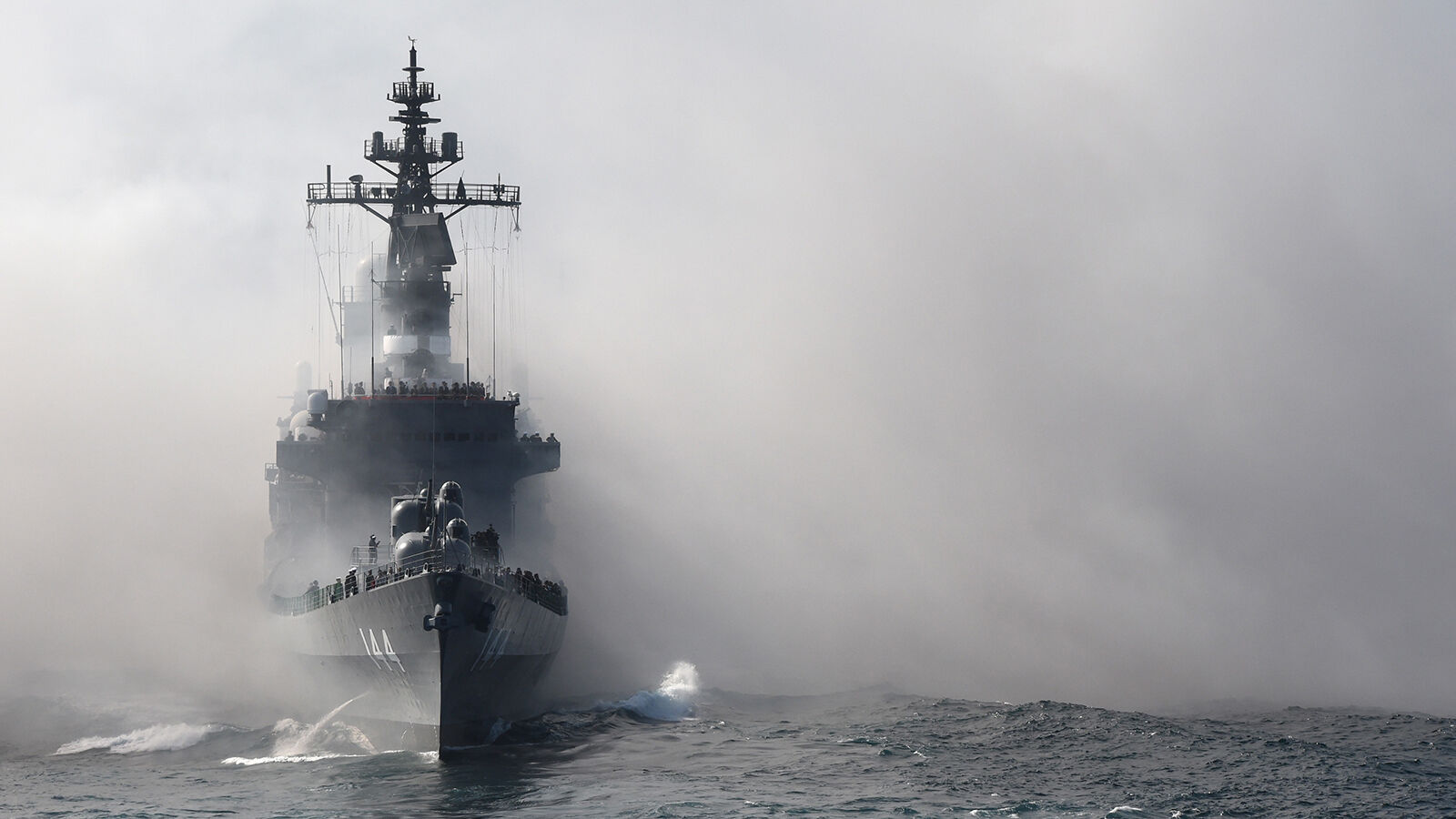 Another step in Japan’s quiet march toward remilitarization

Japan said on October 18 that instead of joining the United States-led coalition to safeguard vessels in Middle Eastern waters, Tokyo will dispatch its own independent force to protect Japanese commercial ships navigating through the oil-rich region.

“After we studied comprehensively what measures can be most effective,” said Japanese Chief Cabinet Secretary Yoshihide Suga at a news conference, “we have decided to pursue our own measures separately.”

Yoshihide said that while Japan is willing to cooperate with U.S. efforts, its own forces of aircraft and warships “will ensure the safety of vessels related to Japan.”

Japan to send own force to the Middle East instead of joining the US-led coalition https://t.co/RaDlnXMlqQ pic.twitter.com/SIHdjv9kPp

He named the Gulf of Oman, the Arabian Sea’s northern region, and the Bab el-Mandeb as potential focal points for the deployment. The force will include one Japanese warship currently monitoring piracy off the coast of Yemen and at least one other vessel to be dispatched from Japan.

The move comes largely in response to an Iranian attack in June on two oil tankers in the Gulf of Oman, one of which was Japanese-operated. The attack prompted the U.S. to establish a coalition, called the International Maritime Security Construct, to monitor and accompany merchant vessels through the Gulf. Australia, Bahrain, Britain, Saudi Arabia and the United Arab Emirates have joined the coalition, committing soldiers, aircraft and ships to the initiative.

The U.S. encouraged Japan, its closest Asian ally, to join. But Japan receives 80 percent of its crude imports from the Middle East, and prioritizes close ties with Iran as part of efforts to keep the economic lifeblood flowing into the Japanese economy. Since the U.S.-led coalition is viewed primarily as an anti-Iranian entity, Tokyo feared that joining it would place undue strain on Japan-Iran ties. It opted instead to go it alone, and to avoid portraying its independent force as being directed against any specific nation.

The Japanese decision places the declining influence of the United States on display, which is a trend the Trumpet vigilantly monitors. The move also highlights Japan’s quiet return to militarism.

But history teaches that Japan has a tendency toward aberrant and catastrophic military fanaticism. The most notorious example came in the lead-up to and during World War ii. Imperial Japan’s efforts to subjugate Asia were driven largely by the country’s conviction that the Japanese were racially superior—a nation of gods fated to rule all mankind. This sincere belief made Japan’s incursions and occupations ruthless beyond words.

By the end of the war, Japan had been fighting for some 14 years. More than 3 million Japanese were dead—about 4 percent of the total population. Several million more were wounded or gravely ill. The majority were starving, and the nation lay in ruins. Yet even then, soldiers and civilians alike would generally not surrender. Nothing short of two atomic bombs was able to bring a halt to Japan’s perverse military fervor.

This was far from the only instance of such fanaticism. A look further back in history shows that Japan was driven by the same unhinged bellicosity in the First Sino-Japanese War, the invasion of Taiwan, and in the Russo-Japanese War.

It was because of this tendency toward fervor and fanaticism that the U.S. and other Allied powers, at the end of World War ii, forced Japan to renounce war. Pacifism was enshrined into its Constitution in the famous Article 9, and Japan was made to sign the Treaty of Mutual Cooperation and Security with the United States. This codified Japan’s dependence on the U.S. for its defense, saying America would protect Japan by stationing U.S. troops near potential hot spots in the nation’s periphery.

The arrangement engendered an era of comparative peace and economic growth for the Japanese. But that was nearly 75 years ago, and during that time Japan has taken numerous stealthy but significant steps to cast off its pacifism and its dependence on America.

The first came just half a decade after Japan’s defeat, in 1950, when Japan established a National Police Reserve. Then in 1954, with the U.S.’s backing, Japan expanded this reserve into the Japan Self-Defense Force (sdf). Though branded as strictly for “self-defense,” over the decades the force has become a fully integrated, ultra-modern ensemble of land, sea and air apparatuses to rival those of most any other world power.

Another milestone came in 1992 when Japan passed the United Nations Peacekeeping Cooperation Law, permitting the sdf to participate in some nonmilitary aspects of UN missions. Japanese troops were allowed, for the first time since World War ii, to be posted outside Japan’s borders. The terrorist attacks of Sept. 11, 2001, brought about a further revitalization that the New York Times called “the most significant transformation in Japan’s military since World War ii” (July 23, 2007).

From 2004 to 2010, Japan’s march toward open militarization continued to accelerate. During those years, Tokyo sent noncombat troops to Djibouti, Haiti, Indonesia, Iraq, Israel, Nepal and Somalia.

In 2014, Tokyo approved a reinterpretation of Article 9 to grant the sdf the right of collective self-defense, meaning in certain circumstances Japanese troops could come to the aid of allies under attack. In 2016, two new laws formalized the change and broadened the range of operations the sdf could support. Since then, Japanese Prime Minister Shinzō Abe has steadily pushed limits on military spending and has commissioned the first Japanese marine unit since World War ii. He has also pushed the development of weapons systems such as aircraft carriers and long-range missiles—all showing that Japan is ambitious for far more than self defense.

Japan’s decision to deploy aircraft and warships to the Middle East is the latest step in the nation’s quiet return to open militarism. For another country, such moves might not be particularly worrying. But in light of Japan’s tragic military history, each small step should sound alarm bells worldwide.

Japan’s march away from pacifism and back to militarism is also significant because it is laying the foundation for the fulfillment of some specific Bible prophecies. Scripture reveals that in the third and final world war, one of the main players will be a massive, multinational Asian power bloc. Ezekiel 38:1-2 make clear that this military bloc will be led by Russia. (Read Trumpet editor in chief Gerald Flurry’s booklet The Prophesied ‘Prince of Russia’ to understand.) Verse 6 of Ezekiel 38 lists some ancient names for the peoples who make up modern Japan, saying they will be a part of this powerful, Russian-led confederacy and will lend their military might to it. Japan’s militarization today is setting the stage for that prophesied Asian bloc to coalesce into a formidable military power.

To understand the role this Asiatic bloc will play in World War iii and the profound hope that is connected to these trends, order your free copy of our booklet Russia and China in Prophecy.