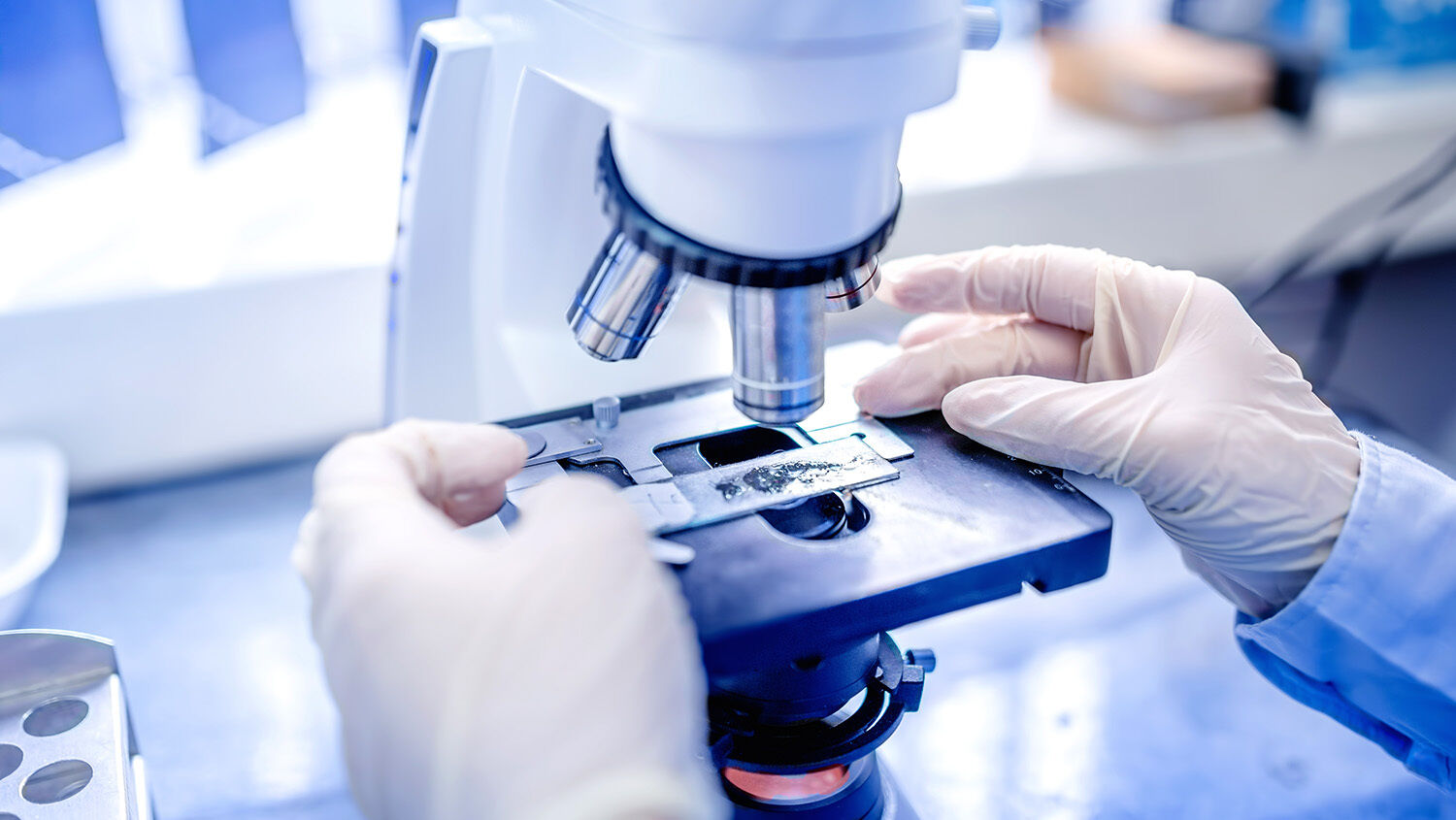 “The results offer an electrifying new look at biology,” wrote hhmi’s Meghan Rosen regarding the work that was reported in Science on April 19.

The results “reveal a bustling metropolis in action at the subcellular level,” Rosen said.

In the clip below, fiery orange immune cells are shown moving rapidly within the inner ear of a zebrafish, as they gather blue morsels of sugar.

Some of hhmi’s other movies can be viewed here.

The work is the product of physicist Eric Betzig and his team at hhmi’s Janelia Research Campus and their colleagues. They successfully combined adaptive optics—the technology astronomers use to see remote celestial bodies through Earth’s atmosphere—with lattice light-sheet microscopy, or llsm. This latter technology quickly and repeatedly casts a thin sheet of light through the cell, capturing a series of 2-D images that are then assembled into the stunning 3-D movies.

This breakthrough gives us a glimpse of the intricacy and beauty that God has woven into His creation—even at extremely minute levels.

But His incomparable artistry is certainly not limited to the microscopic realm.

Alongside these movies of cells in action, you could place pictures of the inconceivably vast Heart and Soul nebulae, and you would notice that both sets of images embody similarly awe-inspiring splendor—but on scales so distant from each other they could not be compared.

Beauty also saturates levels of creation far tinier than cells, even down to the atomic level. And it permeates far broader vistas than that of the Heart and Soul, such as the breathtaking image we see after stepping away from the telescope and those two colossal nebulae become tiny spaces between the main stars of the radiant Cassiopeia constellation.

God is the author of beauty, and He wove it liberally into every stratum of His creation—from the nanoscopic to the macrocosmic. Every layer and every aspect of His physical creation proclaims His splendor.

Psalm 104, notable for its emphasis on God’s role as Creator, reinforces this truth. The German writer Johann Gottfried Herder famously said, “It is worth studying the Hebrew language for 10 years in order to read Psalm 104 in the original.” After describing the intricacies and beauty of some of God’s creation, the writer of this remarkable psalm offers this praise: “O Lord, how manifold are thy works! In wisdom hast thou made them all.”

To understand the perfect Being who created the manifold splendors of the natural world—including the immune cells in the zebrafish, the entire vast universe, and who created you with the potential to be born into His Family—please order a copy of our free booklet Our Awesome Universe Potential.