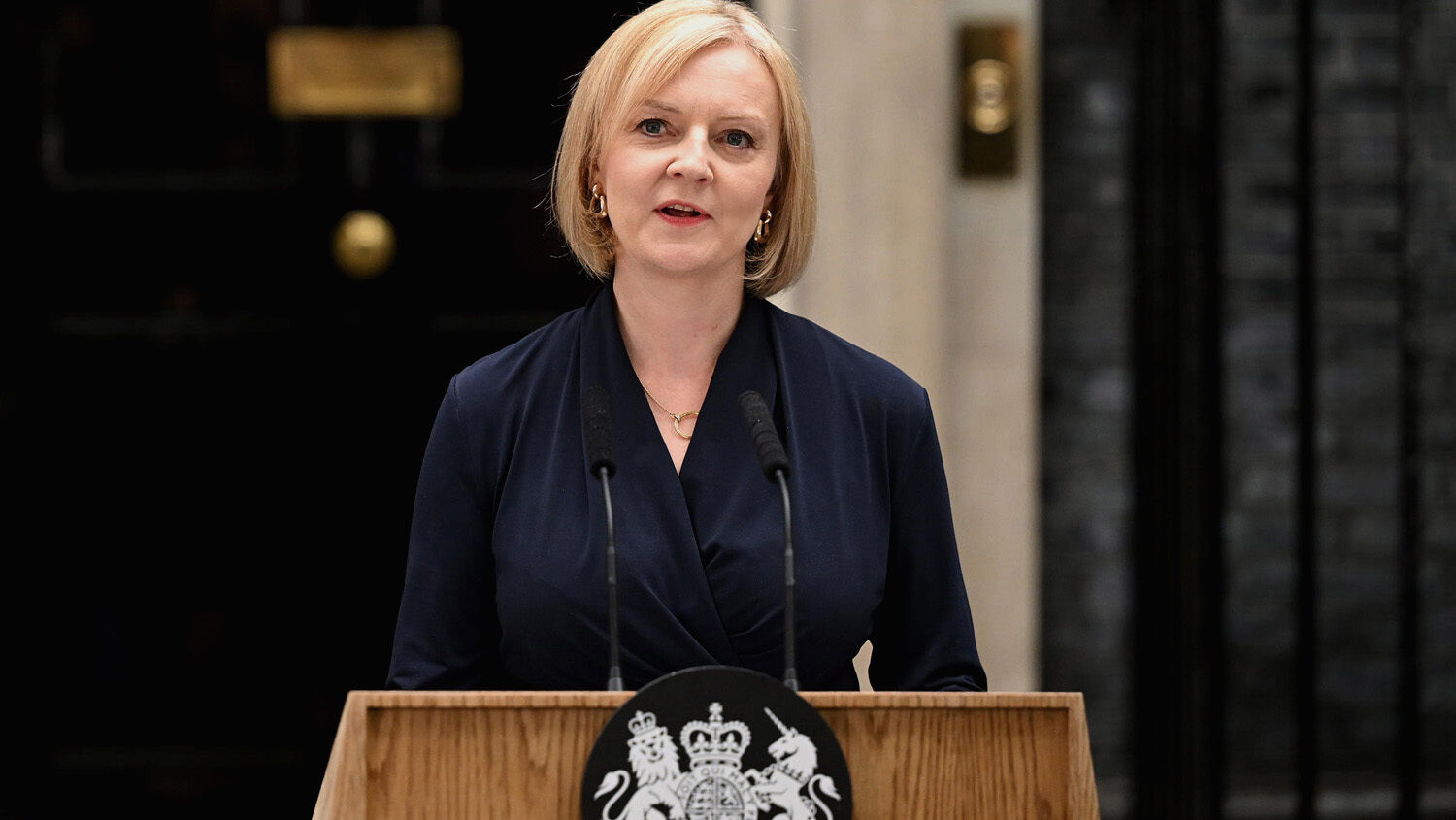 Getting a new prime minister used to be an exciting event. Feverish speculation, dissection of every poll, and fervent support for a preferred candidate would all culminate in a dramatic announcement upon which it felt like the future of the country hung.

This year, as Liz Truss was announced as the next Conservative Party leader, and therefore prime minister, I actually forgot it was happening.

I’m not the only one unenthused about the whole process. Part of it is the fact that it’s been abundantly clear for weeks who would win. Part of it is that we’ve been here so often—this is our fourth prime minister in six years. And part of it is that neither leader on offer seemed up to facing the huge problems afflicting us.

“Many, if not most, of these [Conservative] party members are reportedly underwhelmed by both Truss and her opponent, Rishi Sunak,” wrote Melanie Phillips. “That’s because neither of them comes across as having a principled, consistent and coherent conservative philosophy.”

Boris Johnson was just the latest, and most convincing in a series of leaders who sounded right wing and conservative, while turning the Conservative Party into yet another center-left group. On his watch, inflation soared, the tax burden set new records, the nation committed to one of the most radical environmental programs in the world, and the police ignored real crime so they could crack down on thought crime.

Will Liz Truss be any better?

Maybe. The Bible gives us an incredibly specific account of the future of Britain and much of the world. It tells us things will get better for a time—to allow a warning message to go out one more time. Then in the long run, the same problems we see will get a lot worse.

But it doesn’t tell us the fate of every single leader.

Trumpet editor in chief Gerald Flurry recently described how the fates of Britain, America and Israel in the Middle East are closely tied together. All three are descended from biblical Israel (read our free book The United States and Britain in Prophecy). The U.S. is descended from the tribe of Manasseh; Britain from Ephraim; Israel from Judah. Hosea 5 tells us that all three of these powers will fall together.

However, a prophecy in 2 Kings 14 shows that God will also save at least some of these nations temporarily. The book of Amos is full of prophecies that were not fulfilled anciently; it was written for much later days. This book talks a lot about King Jeroboam ii. This makes the life and actions of this king part of this prophecy. When the prophecies of Amos are fulfilled there will be a modern type of Jeroboam ii on the scene.

2 Kings 14 tells us more about this king. Verses 26-27 state: “For the Lord saw the affliction of Israel, that it was very bitter: for there was not any shut up, nor any left, nor any helper for Israel. And the Lord said not that he would blot out the name of Israel from under heaven: but he saved them by the hand of Jeroboam the son of Joash.” The northern kingdom of Israel—from which both Britain and America descend—was in bitter affliction. And God used an unrighteous king to save them, even though they did not deserve it.

The next verse brings in Judah, modern Israel in the Middle East: “Now the rest of the acts of Jeroboam, and all that he did, and his might, how he warred, and how he recovered Damascus, and Hamath, which belonged to Judah, for Israel, are they not written in the book of the chronicles of the kings of Israel?” (verse 28).

We have long identified Donald Trump as the modern type of King Jeroboam ii. (Read our article “Who Is the Modern-Day Jeroboam?” for more details.) Mr. Flurry wrote in “Britain’s and Judah’s Governments Fall—America Next?”:

2 Kings 14:28 states that Jeroboam recovered Damascus and Hamath. The Soncino commentary states that Damascus was once ruled by King David, and that the king of Hamath paid tribute to David and became part of his son Solomon’s kingdom (2 Samuel 8:9-10; 1 Kings 8:65). So the indication is that Jeroboam reclaimed something to help Judah, the Jewish nation.

This verse ties the politics of the U.S. and Judah together.

The implication is that the U.S. and Israel in the Middle East will both have a short-lived reprieve from their troubles soon. Mr. Flurry continued:

2 Kings 14:28 tells us that Donald Trump comes back and it affects the politics of both America and Judah to enable that message to go out. Things get better in both these nations for a time.

Could the same thing happen in the UK? 2 Kings 14:28 does not specifically mention Ephraim. But it is still part of Israel. And God still has a powerful message to get to them.

These three countries all fall together. But this verse also indicates that God gives all three countries a reprieve from that fall, allowing His message to go out one more time. The change in politics in Britain and Israel could show that we are close to this prophecy being fulfilled.

Could Liz Truss play a part in this reprieve? Possibly. Her chief economic adviser Matthew Sinclair has a long career of arguing for a small government, low-tax approach. Her cabinet includes many from the right wing of the party—those who wish to lower taxes, ensure the UK remains separate from Europe, and win “the war on woke.”

But many previous ministers talked a good talk too.

One of Ms. Truss’s first acts has been to promise to cap fuel bills. Personally, I’m glad to see my energy bills remain at an affordable level, instead of rivaling my rent, which is what would have happened had she not stepped in. But she’s taking the easy option, borrowing money to pay energy companies the difference between the cap and something closer to market level. There’s no indication she’s going to deal with the cause of the problems.

So the Bible indicates Britain will have a turnaround. But that may happen with or without Ms. Truss. She may prove a partner for President Trump, helping turn things around for a time. Or she may once again be replaced by someone else.

But in the long run, the Bible says the problems we face will only get worse.

Haggai 1:6 describes current and future conditions: “Ye have sown much, and bring in little; ye eat, but ye have not enough; ye drink, but ye are not filled with drink; ye clothe you, but there is none warm; and he that earneth wages earneth wages to put it into a bag with holes.” People work hard and have less. Nothing that we’re doing seems to solve our problems.

The next verse describes how we should respond: “Thus saith the Lord of hosts; Consider your ways.” There are things we are doing that are causing our problems. Marriage and family have broken down, even in conservative circles. The result is “woke” young people, an unaffordable welfare state, unsustainable debts and economic collapse. Without strong families, we no longer have strong leaders. As a nation, we refuse to confront foreign-policy threats until they grow out of control, and even then we do too little too late.

But we don’t consider cause and effect. The current U.S. administration simply blames inflation on Russian President Vladimir Putin’s price hikes. We address every new problem by borrowing or printing money and moving on.

God will give us a reprieve to allow us one more opportunity to consider our ways. But if we don’t take it, the problems will only get worse.

Sooner or later, more leadership turmoil will come. Isaiah 3:6 says that it will get so bad that “a man shall take hold of his brother of the house of his father, saying, Thou hast clothing, be thou our ruler, and let this ruin be under thy hand.” So many rulers have been tried and failed; no one wants the job. A lot more leadership turmoil is ahead. But you can understand what is coming and God’s purpose behind it. Our free book America Under Attack is your guide to the future of politics.