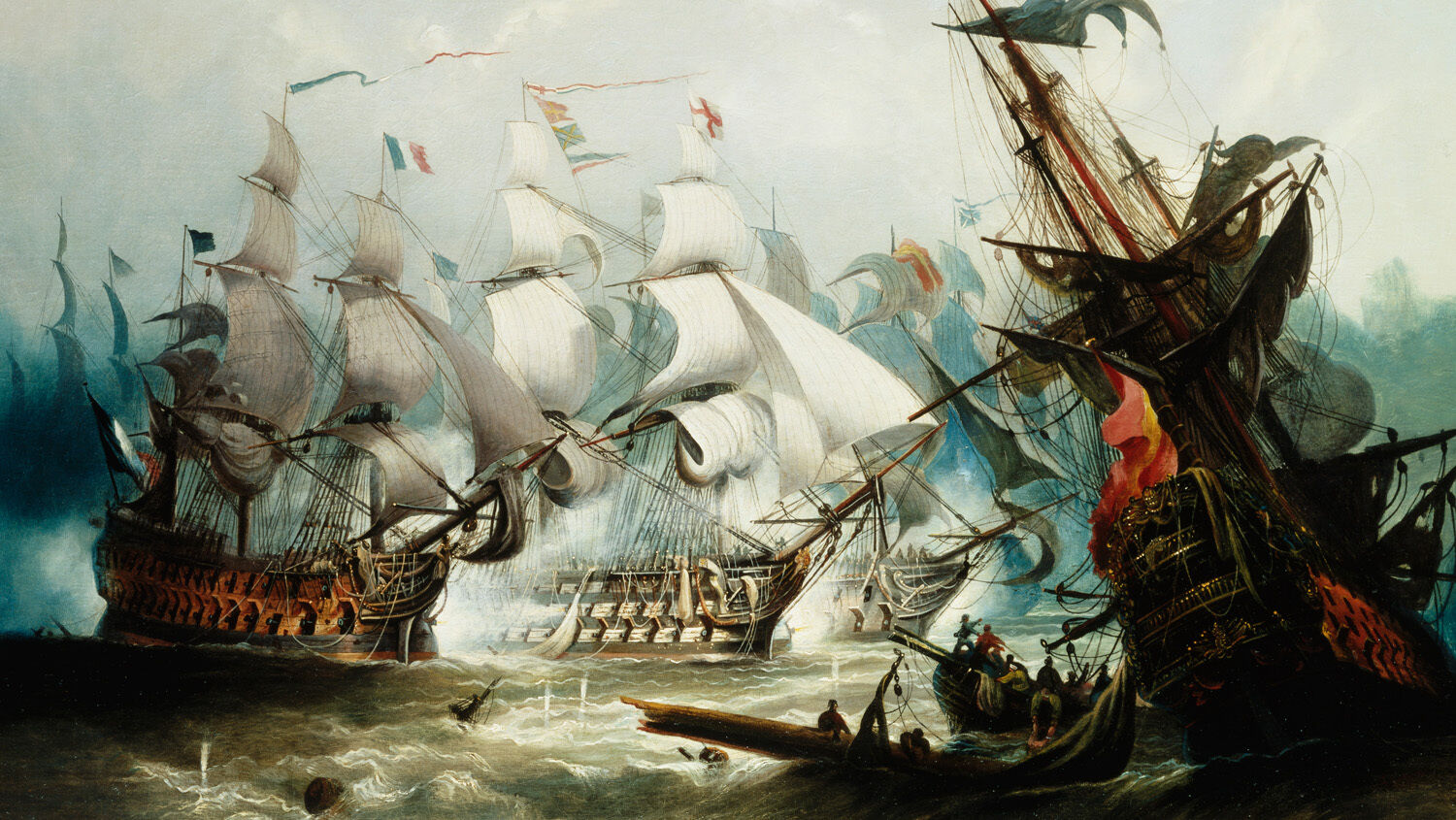 “Nothing is the matter with me,” wrote the 19-year-old William Rivers, “only lost my leg, and that in a good cause!” That was the midshipmen serving on the hms Victory during the Battle of Trafalgar. His is just one of the many stories that reflect courage, heroism and humor.

As I write, Britain’s government is collapsing. I’m struggling to resist the temptation to hit “refresh” on the news page to find out if Boris Johnson is still in office. It looks like he survived the day, but he probably won’t be around for much longer.

Who will replace him? There’s a list of front-runners, of course. But no one really stands out. His government has veered from one ridiculous scandal to another and appears to be ending in a row caused by a Conservative member of Parliament who groped another man in a private members’ club. It’s hard to see any courageous, competent leaders anywhere.

At Trafalgar, it was the opposite. Everywhere you looked, there were heroes: the teenage midshipman Robert Smith, who wrote to his parents, assuring them that he felt “not the least dread” in dying “in defense of my king”; Cmdr. James Spratt, who attacked a French ship single-handedly. And I don’t mean with his ship—Spratt swam to the Aigle, a French ship of the line, boarded it, and attacked its several hundred-strong crew all by himself. Before too long, his ship arrived to join the fight, and the Aigle was taken.

There was the relatively little Africa, which missed a signal and took a wrong turn the day before. Desperate to play a role in the battle, Africa made a mad dash back to the center of the French and Spanish fleet—and took on the biggest warship in the world, the Santisima Trinidad, nearly twice its size.

The Achilles captured three ships by itself and inflicted hundreds of casualties, losing only 72 of its own. The Colossus was locked into a fight with three ships almost simultaneously. Yet even with 200 men dead or injured and its decks running with blood, they refused to surrender. “‘Sink or Conquer’ was the word, three cheers, and to it,” wrote the quartermaster. The Colossus inflicted double its own casualties on its adversaries during the hours-long ordeal before other ships were finally able to sail up and relieve it.

And of course there were the men at the top, Horatio Nelson and Cuthbert Collingwood who were both, on paper, supposed to lead the battle from a safer position—but who both raced toward the enemy fleet at the head of their respective columns regardless.

It would be easy to go on. This was a fleet full of heroes—full of men inspired to hazard their lives in pursuit of a noble goal. Today, we rightly remember Nelson, his famous prayer for victory, and his tragic death at the hour of his triumph. But there were a great many other remarkable men.

Could Britain put together such a group today? Could America?

In Isaiah 3, God warns that He would take away the “mighty man, and the man of war, the judge, and the prophet, and the prudent, and the ancient” (verse 2). Instead, He says, “I will give children to be their princes, and babes shall rule over them” (verse 4).

It’s easy to see that prophecy has been fulfilled. But I see that loss even more clearly when comparing it to the past. Of course, there were always cowards, buffoons and traitors; no era was full of perfect people.

The contrast points us to a critical truth. We used to produce leaders and men of courage and vision—lots of them. Today we’re not. What changed?

As Isaiah 3 makes clear, part of that is God’s intervention. Britain and America were once blessed with great leaders; today we’re cursed by their absence. But it’s also a result of cause and effect. We once lived a way that caused young men to become courageous and capable. Now we produce snowflakes.

Britain’s political crisis is not really about the behavior of a few individuals at the top. It’s about a whole society that is unable to produce the leaders it desperately needs. Our way of life, our families, our morals are causing our problems—not just the antics of a few.

That’s why the solution to our problems is not just a new leader. Our nations’ families need to change—our morals and our way of life.

This is at the heart of the Trumpet’s message. The solution isn’t a new prime minister or a new president. It’s repentance—a complete change of behavior. On the individual or the national level, this is the only real way to solve our problems.