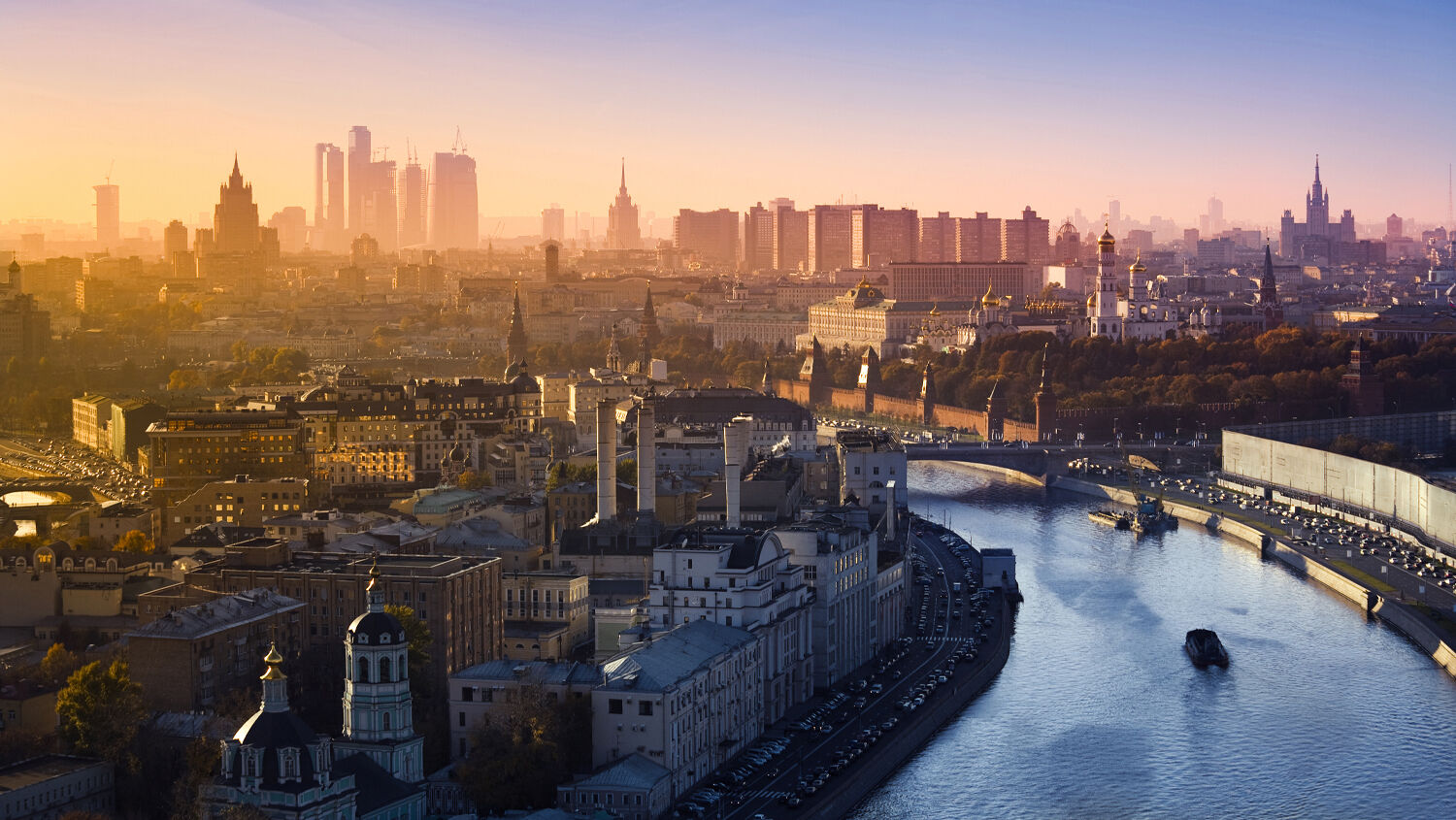 Germany has a business relationship with Russia unlike any other country. Around 4,000 German businesses have a presence in the country, investing nearly €4 billion (us$4.5 billion) each year into their Russian operations. “No other European country comes close to the German presence,” wrote the Economist last year. “Most of these companies have no intention of leaving. On the contrary, more may be piling in.”

An Ernst & Young study found that German businesses had launched over 400 projects in Russia over the last 20 years—more than any other European country they surveyed.

They cover a wide variety of industries. The German supermarkets Metro and Globus both have a strong presence in Russia, employing over 10,000 people each. German manufacturers of staples, gypsum, precision measuring equipment, pharmaceuticals, farming equipment, water pumps and heating systems have all set up shop in Russia.

What’s most surprising about all this is that Russia has been under Western sanctions since 2015. But instead of strangling German-Russian business relations, the sanctions regime has seen ties grow stronger.

The relationship is strong at all levels. The Leibniz Center for European Economic Research noted that German family-owned businesses listed Russia as the emerging market they trusted the most. Meanwhile, the Center for Strategic and International Studies (csis) reported, “Many of Germany’s largest companies also have extensive business ties to Russia.”

This relationship has serious political effects.

“The influence of big business within Merkel’s center-right Christian Democratic Union (cdu) has limited the center-right’s appetite for a confrontational approach to Moscow even though the chancellor herself is comparatively hawkish,” wrote csis.

These business leaders have worked hard to change German foreign policy toward Russia, bringing the two closer together. Many of the top ceos have a personal relationship and aren’t afraid to show it publicly. Siemens’ ceo Joe Kaeser visited Russian President Vladimir Putin in March 2014, as Russia was invading Crimea. This public show of support for Putin outraged much of the German public. But Kaeser lobbied hard against any sanctions being placed on Putin for his invasion, and since then has pushed hard to have the sanctions lifted.

Eighty percent of Russian power stations use advanced turbines manufactured by Siemens. The German company has been instrumental in upgrading Russia’s transport infrastructure. And this isn’t its only connection. bne IntelliNews, a site focused on business news in emerging markets, wrote: “Siemens probably has one of the best and closest relations to the Kremlin of any foreign company working in Russia.”

Volkswagen also has a powerful presence in Russia. It has invested over €2 billion in the country, and employs 6,000 workers. Russia is the third-largest market for Škoda (a Volkswagen company) and the fourth largest for Volkswagen itself. Its ceo, Herbert Diess, has regularly criticized Germany’s sanctions on Russia.

Nikolaus Knauf, head of the world’s leading manufacturer of gypsum boards, operates 15 factories across Russia. He regularly met with Putin and even developed what the Economist called a “cordial relationship.”

But the most prominent “business leader” pushing for closer Russo-German ties is former German Chancellor Gerhard Schröder, who walked out of the chancellor’s office and straight into a job with Gazprom, the Russian government-controlled energy giant.

While American ceos have cut their appearances at Russian business events, Germany’s top business leaders have generally continued to attend.

Many others are pushing for a closer relationship in private. As German politicians discussed the 2014 Ukraine crisis, cnbc reported, “Although German companies have toned down their public criticism of sanctions since the ceo of Siemens was vilified in the press for meeting Russian President Vladimir Putin in late March, a behind-the-scenes lobby effort remains in full force. …

“Out of public view … lobbyists for German industry continue to warn loudly against steps that might lead to a full-blown economic confrontation with Russia in the hope that Merkel could waver.”

The German-Russian chamber of foreign trade, which represented at the time over 800 businesses (now it’s over 1,000), sent a private paper to the German government, warning that existing sanctions were having a “massive impact” on German business, and their extension would cause “irreparable damage.”

These lobbying efforts did not prevent Ms. Merkel from imposing sanctions on Russia. But they have ensured the sanctions do not entirely cripple Russian-German trade. And Ms. Merkel herself confirmed that lobbying businesses directly contributed to the success of one of the most geopolitically significant projects in recent history.

The Nord Stream 2 pipeline is about much more than oil and gas. It has allowed Russia to blackmail Central and East European countries by cutting off their gas while continuing to sell gas to more lucrative West European clients.

Former European Council President and Polish politician Donald Tusk says that Ms. Merkel was not a fan of the project, instead she claimed she was “helpless” to resist the pressure from German businesses.

Rainer Seele was head of Wintershall, Nord Stream’s second-largest partner. He’s now head of Austria’s omv, another backer of the project. Seele is the president of the German-Russian chamber of foreign trade—and you can guarantee he’s been using all the pressure of that power lobby group to ensure his project was finished.

This pressure was the subject of a recent Key of David television program from Trumpet editor in chief Gerald Flurry.

Mr. Flurry noted that Merkel’s claim of helplessness is particularly disturbing because of the links the Nazi Party had with the German business world. Many of Germany’s top businessmen financed and empowered the Nazi party. And they promised to do the same thing after the war.

In 1996, the United States published an intelligence document, known as the Red House Report, detailing a 1944 meeting between senior Nazis and German industrialists. It states that the industrialists were told that they “must realize that the war cannot be won” and instead they must prepare “for a postwar commercial campaign.” They “must also prepare themselves to finance the Nazi Party, which would be forced to go underground.”

Some of the business leaders present, like Volkswagen’s, are now prominent pro-Russians. Others, like Büssing, now part of man Group, have strong business in Russia but are not public with their support. Still more, like the arms companies Rheinmetall and Messerschmitt—which became part of eads—were blocked from doing any business with Russia because of the Cold War. They had just started to move in when sanctions after the Ukraine crisis shut them down.

In creating these strong German-Russian ties, these businesses are treading a well-worn path.

Moscow has hosted German colonies since the 16th century, as German businessmen and settlers set up shop in the Russian capital. Czar Peter the Great (1682–1725) was a regular visitor. He went on to hire German and Italian architects to design his new, more European looking capital city: St. Petersburg. Peter’s regard for the German colony led to a close political relationship between Russia and Germany. He built alliances with the German principalities. His children all married into princely German families.

Russia’s other “the Great”—Catherine (1762–1796)—was herself a German princess. She introduced German-style schools into Russia. She encouraged German craftsmen to come to her empire, so much so that Russian words for trades that were common in her day have German origins. She also brought in large numbers of German migrants, promising that they would be immune from conscription and free from many taxes. They were even allowed relative religious freedom. By the time Russia took its first census in the late 1800s, around 2 million people living in Russia listed their first language as German.

These business and personal links led to Germany and Russia repeatedly forming alliances, helping the two dominate Europe between them.

The close business ties between these two countries shows there’s something about this relationship that works well. Not all German businesses in Russia have a nefarious agenda. But Germany’s potential to switch sides—to desert the West and ally with Russia—has been one of the greatest fears of American strategists.

Andrew A. Michta, dean of the College of International and Security Studies at the George C. Marshall European Center for Security Studies, warned in an article last week that Putin aims to “coax Berlin into a ‘neo-Bismarckian’ accommodation that would, in effect, divide Europe into two spheres of influence, rendering the United States increasingly irrelevant to the overall strategic balance in Europe.”

“The above worst-case scenario is less farfetched than it may seem,” he wrote. “It rests on historical patterns of Russian imperialism going back three centuries and has its roots in how Moscow understands Germany’s role in Europe since Prussia unified the German states.” Such an arrangement would kick the United States out of Europe, and allow Germany and Russia to dominate the rest.

Cold War strategists repeatedly expressed similar fears. Hans Morgenthau, for example, warned that Germany reaching an accommodation with Russia “would signify a drastic change in the distribution of world power.” For Germany, there are “rational arguments … in support of an Eastern orientation,” he warned.

Revelation 17 prophesies of a “beast,” an empire in biblical symbolism, that repeatedly conquers and then disappears. Verse 8 states that this empire comes out of the “bottomless pit.” A better translation would be that it goes “underground.”

But for a German empire to reemerge and dominate Europe, it would have to push out the United States. The best way to do that would be through a partnership with Russia. And so some within the business community are working to facilitate that alliance.

We at the Trumpet closely watch this German-Russian relationship. In his 2018 article “Germany and Russia’s Secret War Against America,” Mr. Flurry wrote: “Jeremiah 1:13 records God showing the prophet a vision of ‘a seething pot; and the face thereof is toward the north.’ This symbolic language is describing modern Germany. Beneath the surface, that nation is full of simmering dissatisfaction with the current world order. Germans are angry at the U.S., and especially furious with President [Donald] Trump. The imperialistic ambition that prompted Germany to start both world wars is alive and well. It is ‘seething’!”

Signs of a Russo-German deal are signs of this seething pot; it’s a sign of how hard both countries are working to overthrow the U.S. world order. To learn more about this prophecy and where it is leading, watch our recent Key of David program “Germany Going Underground.”