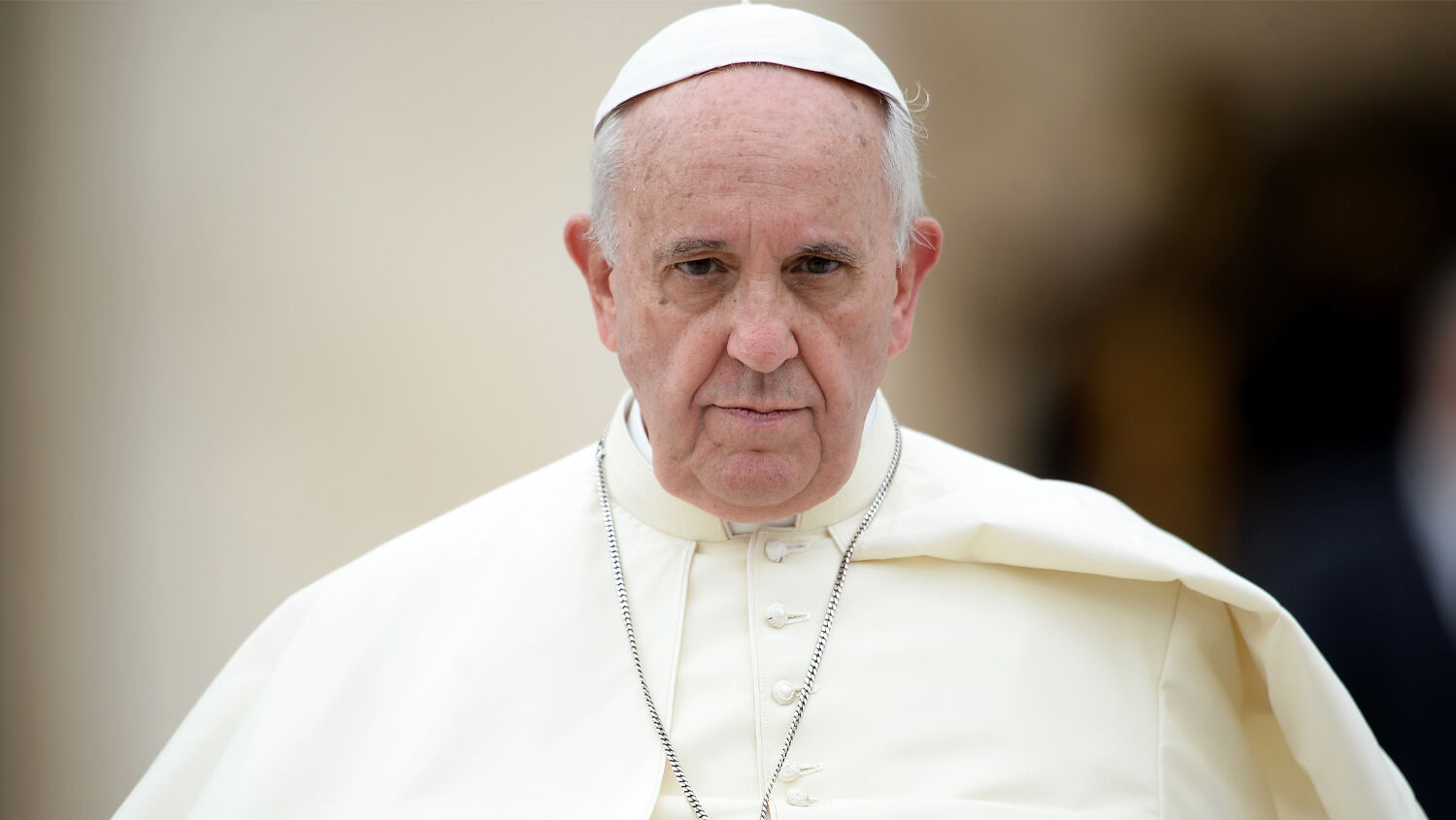 The European Union recently published new instructions on how to use the English language. It was full of the usual woke gobbledygook. Instead of talking about “man-made” climate change, EU mandarins are instructed to use the term “human-induced.” Girls and nonbinary people can pollute too you know!

But the guidance drew a fiery response from the Vatican—among many other places.

The Vatican was angered that the language guide tried to erase Europe’s Christian heritage. Christmas, for example, was verboten. Instead, we should talk about “holiday times.” The term “Christian name” should not be used for “first name.”

The pope was livid. The EU’s document was “a fad, watered-down secularism,” Francis said. “It is something that throughout history has not worked.”

The EU was at risk of taking “the path of ideological colonization,” he added. “This could end up dividing countries and causing the EU to fail.”

The EU is reaching a crisis point. Its need for stronger leaders is being exposed. But its need for the Catholic Church to hold it all together will also soon be plain. And now the pope is using the publication of this language guide to forcefully remind European politicians that they need the Catholic Church.

In his criticism, he even brought out the N-word—“Nazis.”

“In history, many dictatorships have tried to do these things. I’m thinking of Napoleon, the Nazi dictatorship, the Communist one,” he said.

The pope conveniently overlooked the fact that, far from outlawing Christian language, both Napoleon and the Nazis signed deals with the Catholic Church (as we discuss in our book The Holy Roman Empire in Prophecy). But it clearly articulated his anger.

And the pope wasn’t the only one to speak out. Cardinal Pietro Parolin, Vatican secretary of state, condemned the attempt to remove “our roots, the Christian dimension of our Europe, especially with regard to Christian festivals.”

“We know that Europe owes its existence and its identity to many influences, but we certainly cannot forget that one of the main influences, if not the main one, was Christianity itself,” he said.

EU politicians also spoke out. The former president of the European Parliament, Antonio Tajani, said: “Inclusion does not mean denying the Christian roots of” the EU. Italian right-wing leader Matteo Renzi tweeted, “It was an absurd and wrong document. A community is not afraid of its roots. And cultural identity is a value, not a threat.”

These politicians see that the pope is right. Some in Brussels may have a secular, left-wing vision for Europe. But the project will fail without its Catholic heritage. Not drawing on this heritage more is why the EU hasn’t made more progress toward European unity.

In the November 1965 Plain Truth, Herbert W. Armstrong wrote about one “hard, stern fact” that the nations of Europe must face. “That crucial fact is this: The nations of Europe are utterly unable to unite themselves by their own political maneuvering,” he wrote. “For more than 31 years, the Plain Truth has said Europe will unite! And also for more than 31 years we have said these countries cannot agree among themselves.”

How can they unite? Here’s how Mr. Armstrong answered that question:

For years the Plain Truth has said these nations are going to have to realize their inability to unite themselves politically—to choose a common political-military leader that all can trust. They are going to finally face the fact they must look to a supreme authority they can all trust! That supreme authority cannot be a politician, or a general …. The only possible answer is a religious leader! …

Watch for developments suddenly to speed toward European political and military union through religious union! This new trend may not start this year—or next. But in very few years at most, it must start. And when it does, events will flash by with a lightning speed that will astound the world.

Europe’s secular leaders have not always wanted to share power. But they’re forced to realize that they have no choice if they want to bring this continent of disparate, often jealous nations together. In his 2006 article “How Europe Will Unite!” Trumpet editor in chief Gerald Flurry wrote:

Throughout Europe’s history, what has helped it to overcome its division has been a unity of purpose between church and state. Charlemagne showed how strong Europe could be when he formed a partnership between Germany and the Roman Catholic Church to create the Holy Roman Empire. That empire has risen up repeatedly since that time.

But this church-state union hasn’t always been a happy marriage. Usually the two have been drawn together because of a crisis—an emergency. …

In times of crisis, religion has a way of pulling people together!

Napoleon did not look like a natural ally of the Catholic Church. Early in his career he had fought directly against the pope. But he needed its help to maintain his grip over his growing European empire. He signed the Concordat of 1801 with Pope Pius vii, bringing the Catholic Church back into what had been a secular, post-revolution France. The two sides later fell out, but time and again they were forced together.

Adolf Hitler, with his ambitions for a European empire, followed Napoleon’s example. Catholic bishops aided Hitler’s rise, and just months after he was officially granted the power of a dictator, Hitler signed the Reich Concordat with the Vatican.

If Europe wants to unite, history tells us it will have to draw on the Catholic Church. The pope knows that, and he’s forcefully reminding the Continent.

The Bible also has a lot to say about this relationship.

If we’re considering the actions of a church, we should judge them by what the Bible says.

But the Bible does describe another church—symbolized by a woman—in Revelation 17. This church is a superpower. It deals with “the kings of the earth” and has great wealth and power. But God does not approve of its behavior. A church should choose Him over this world’s governments, but this church has “committed fornication, and the inhabitants of the earth have been made drunk with the wine of her fornication” (verse 2).

Revelation 17 describes this church riding and steering a beast, an empire in Bible prophecy. This beast has seven heads—it rises and falls seven times, one after the other. At times it appears to be dormant, only to return.

A religious empire has risen time and again in Europe. That passage tells us it is going to rise one final time. Our free book The Holy Roman Empire in Prophecy will show you what the Bible prophesies and how world events over the past 2,000 years have matched exactly.

This Bible prophecy gives you something else history cannot. So many of these prophecies come from the book of Revelation—a book God the Father Himself gave (Revelation 1:1). Understanding this prophecy shows us that the Father is in control of all these events, and He is working them all out according to a definite plan.